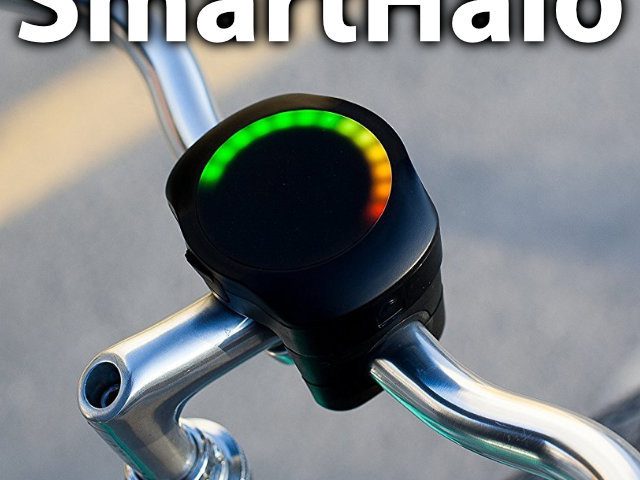 The Canadian company Smart Halo Technologies has its smart bike accessories some time ago Smarthalo brought on the market. I have now taken a closer look at it and would like to bring the bike computer closer to those of you who are not yet familiar with the combination of navigation device, light, theft protection, fitness motivation and more. Maybe the accessories that you can connect to your smartphone via Bluetooth and the appropriate SmartHalo app for iOS and Android are something for you ????

SmartHalo is a smart bike accessory for the handlebar that provides you with navigation, lights, theft protection, fitness goals and more.

SmartHalo - the name stands for a project that consists of hardware and software. The hardware is attached in the middle of the bicycle handlebar and comes with a round LED display with various color and audio signals. In addition, the SmartHalo bike computer has an assistance function that shows when a call or SMS is received. So you don't have to look at your iPhone or Android phone while driving if you think that a message is coming in. You can pull up, stop and then operate the device, which is safer in traffic.

The SmartHalo functions as presented for the iPhone with the appropriate iOS app. Here you can see that SmartHalo is much more than a normal bike computer.

In the following I would like to give you a brief overview of the individual functions of SmartHalo. In total, there are five smart tasks that the bike computer can do for you, according to the Canadian manufacturer:

With smart displays for turning, turning, half-right or half-left, etc., the device on the handlebars guides you on the fastest and safest route to your destination. The directions are indicated by white or red LEDs. The white ones slowly turn green with increasing proximity to the execution point (intersection, exit, etc.). If the entire display is green, you should turn off.

When it gets dark and at night you need a light on your bike. Because you want to see where you are going and you want to be seen too. The Smart Halo device ensures that you have a white light on the front of the handlebars. Please note, however, that you also need a red light at the rear (or at least a reflector) - this is not included in the scope of delivery ... The light of the SmartHalo device comes on automatically at dusk and goes off when you finish your tour.

The device not only has an LED display and light, but also a built-in motion sensor and an alarm. So if the bike is jolted a lot or other suspicious movements are carried out, there is initially a warning on the display (red LED ring fills up) and then the light and audio alarm signal attract attention. It would be stupid if the thief recognizes the device beforehand and unscrews it or couples it with his smartphone or simply cracks the lock quickly - so I wouldn't necessarily rely on the alarm ...

In the SmartHalos app, you can not only preset the navigation so that the device on the bicycle handlebar tells you where to go by means of an LED display. Fitness goals can also be selected. You can then also see the progress on the display of the smart accessories. So you always stay up-to-date and don't have to look at your iPhone or Android device.

If you ride a bike and don't have a handlebar mount for your smartphone / cell phone, it can happen that you miss calls and SMS as well as WhatsApp and other messenger messages. The SmartHalo assistance function shows you that you are important with a flashing blue LED in the middle of its screen.

You can buy SmartHalo on Amazon, among other places. The accessories for the bicycle handlebar are by no means cheap. But anyone who travels a lot by bike every day can certainly benefit from this. Just take a look - the 5-star ratings definitely speak for the cyclist help from Canada: 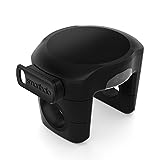 Smart Halo bike accessories
The SmartHalo bicycle accessories, which you can pair with the free app for iOS and Android, help you with navigation, lights, an alarm system, fitness functions and the display of incoming communication attempts. Certainly a practical device for those who cycle a lot.
Buy it at Amazon Price includes VAT, plus shipping costs (updated: 27.11.2021 at 15: 30 clock)

SmartHalo app for iOS and Android