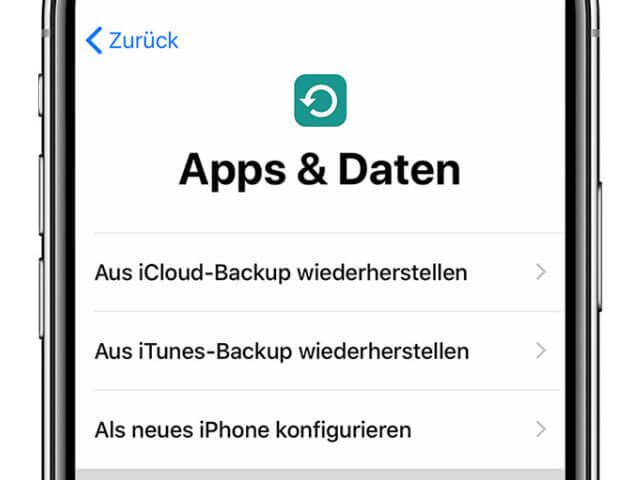 Are you planning to switch from an Android smartphone to an Apple iPhone with iOS? Then there is a solution from the Google Play Store to conveniently move data, apps and information. And it comes straight from Apple! With the app Move to iOS you can synchronize the old and the new cell phone, move pictures, videos, contacts, calendar entries, apps and more, and transfer settings. How to use the app correctly, what to watch out for and which exceptions have to be transferred manually, Apple shows in a support document and in a video guide. I have linked both to you below.

Smartphone change: In order to be able to move data comfortably from Android to iOS on the iPhone, it is best to use the Move to iOS app and the instructions shown here.

Apple Support - Moving apps and files from Android to iOS

If you, as a previous Android user, want to switch to using iOS on the iPhone, iPad and / or iPod Touch, you will find extensive instructions on preparing the devices, transferring individual content and the final steps in the process in this Apple Support document. This also contains lists of help and tips in the event that something does not work properly when using the Move to iOS app. Activating / deactivating certain settings and connections is also recommended. So take a look if you are planning a smartphone change and want to switch from one operating system to another.

App download: "Move to iOS" in the Google Play Store

The procedure in brief

Since all the important points are shown in the support document linked above and in the video included below, here is just a brief overview for the sake of completeness:

The following content is transferred: contacts, message history, photos, videos, web bookmarks, e-mail accounts and calendars. Some of your free apps will also transfer if they are available on both Google Play and the App Store. After the transfer is complete, you can download the free apps that you previously had on the device from the App Store.

Android to iOS - video tutorial with all the necessary steps

On the YouTube channel “Apple Support” there are always new and helpful videos with instructions, tips and assistance for using the devices and services from Cupertino. That is relatively new in this offer Video How to move from Android to iPhone - Apple Support.

The 2 minute and 55 second short instructions in moving images and sound (English) give the most important points for moving from one smartphone to the other. In the video description you will also find links to related topics. I have linked their German equivalents here:
-