Catch spiders with the snapy pick of the week in CW27 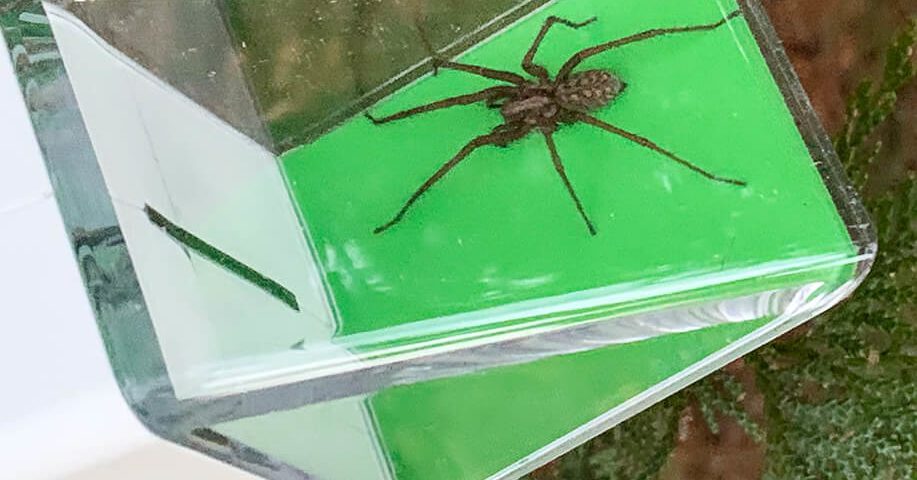 I like to use the pick of the week to present products that have nothing to do with Apple. After my last pick (the Bite away) has dealt more with insect bites, this week is about a device called Snapywith which one can catch insects.

Note for the arachnophobics: This post may contain traces of spiders.

I don't have an "I brake for animals" sticker on my car, but I still try to get wasps, spiders, harvestmen and other animals out of my apartment alive. As a rule, the glass-and-postcard method (put the glass over the spider, slide the postcard underneath and expose the spider in a great "ready-made living bush" for spiders in the garden) works quite well.

Recently, however, I was in a basement in an old building and had to carry out spiders in quantities that I would have been very slow to manage with the help of glass and a postcard. At that time I had already seen photos here and there of these spider catchers, who "wedge" the animals between feathers so that they can then be transported, but this still seemed a bit dangerous to me with harvestmen, because their legs are quite thin and are long.

With the Snapy you can catch spiders alive - and release them back into the wild (Photos: Sir Apfelot).

Whenever I have such problems, I often look for ideas on Amazon or YouTube to solve them - this is also the case in this case. The selection that can be found there is quite extensive. In addition to small live catchers in the form of scissors with transparent hemispheres at the tip to killing machines with high voltage and UV light, everything is available there.

I don't want to kill the little animals, I just want to relocate them. For this reason it was important to me that it was a live trap or a live catcher. After a short time I came across the device that I would like to report on here in the article: the Snapy insect catcher. 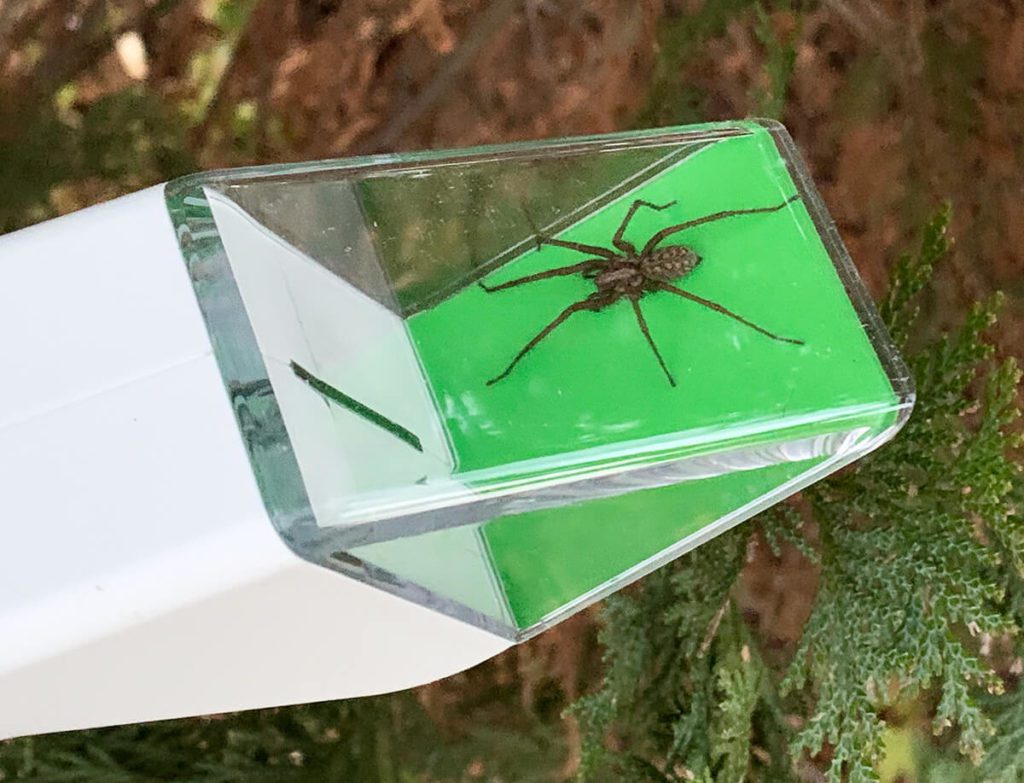 The 5 x 5 cm fishing gear also offers enough space for larger specimens. We already had bigger spiders, but then they had to pull in their legs.

How the Snapy insect catcher works

This works differently than the feather things and basically uses the same technology that is used with the glass postcard method - only much more convenient.

The Snapy consists of a handle with a transparent plastic piece at the front that you put over the insect or the spider. Then you carefully push a slide in the handle forward, which causes a thin plastic plate to slide under the spider. If you have pushed all of this forward, the spider is trapped in the Snapy and can be transported to its new home.

So far the Snapy works pretty well. Even large cellar spiders and harvestmen find space in the catcher. However, you should always operate the slide carefully, as the animals sometimes do not move and there is a risk of their legs being trapped. With a little practice, however, you will know how to wiggle the Snapy so that it can run over the slide.

The device does not work so well with small spiders under one centimeter. Then the distance between the wall and the green slider is a bit too big, even with only one millimeter, as many spiders press themselves flat against the wall and thus cannot be caught. In this case, I simply hold the Snapy insect catcher open under the spider and push it into the upturned Snapy with a pen or my fingers. Then I close the slide quickly and carry the animal out.

You can also catch small animals with the insect catcher, but with a different technique. 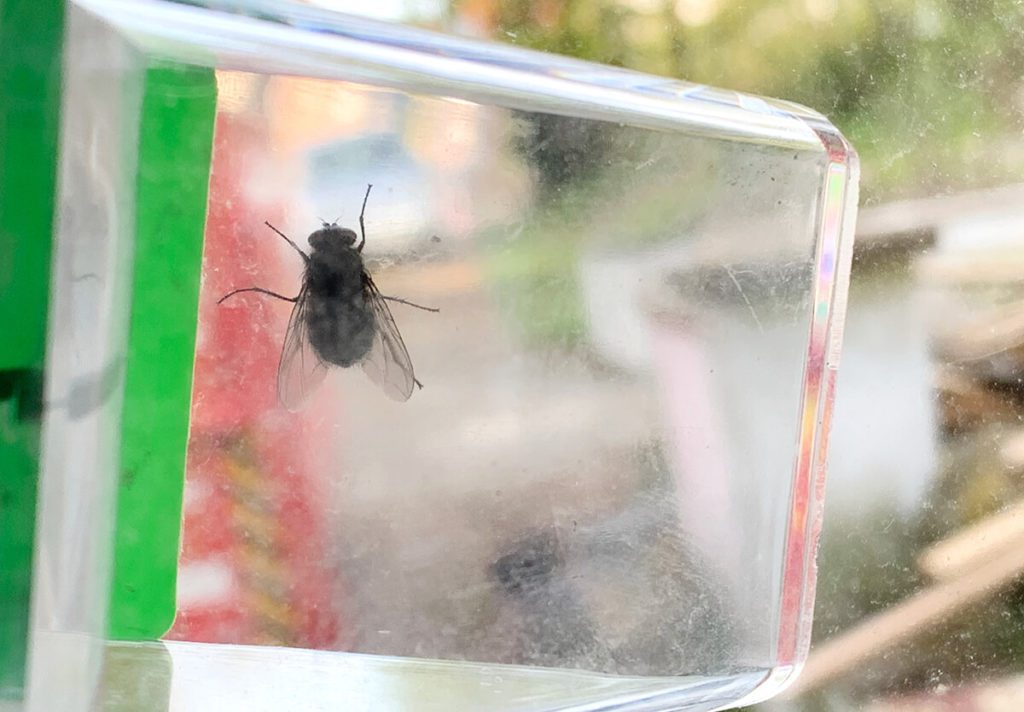 Flies and other flutterers can also be easily collected with the insect catcher.

We have now distributed five snapy catchers all over the house, as you always have to look for them if you have just caught a spider somewhere. With five Snapys there is a real chance that you will find some fishing gear near the spider. In any case, with us all family members are totally enthusiastic about the aid.

I have already saved the lives of a number of spiders with it (some of them certainly several times). You can use it not only to catch spiders, but also for flies, gnats, wasps or bees. Due to the transparent housing, the flies at the window usually only notice late that something is approaching and so it is much easier to catch them than if you try to scare them out with a cloth or sheet of paper. 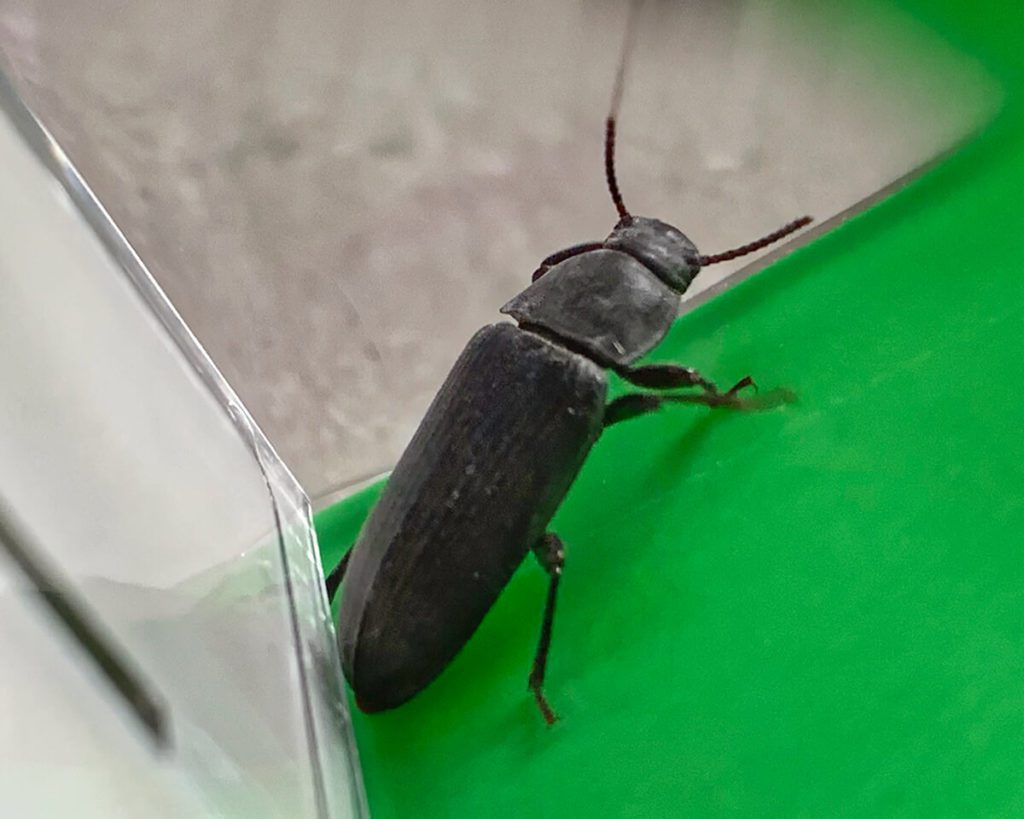 If you have caught an insect with the Snapy, you can also show it to your kids or take a closer look at it yourself - a nice side effect of the insect catcher.

The bottom line is that I am glad that I researched "spider catcher" two years ago and found the Snapy. It makes catching spiders and other insects super easy and I think I've rarely been so quick in catching and throwing out several harvestmen, because with the Snapy you can quickly pack two, three or four of them and then take them all out together .

If you want to check out the Snapy, you'll find it via this link on Amazon (there is a set of 3 right here and here even sets of 10 and colors other than green) or with the following product box: 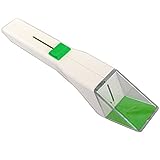 Snapy insect catcher green
10,95 EUR
Buy it at Amazon Price includes VAT, plus shipping costs (updated: 28.10.2021 at 04: 30 clock)
-
Do you like my blog? Then I would be happy to receive a short review on Google. Easy leave something here for a moment - that would be great, thank you!