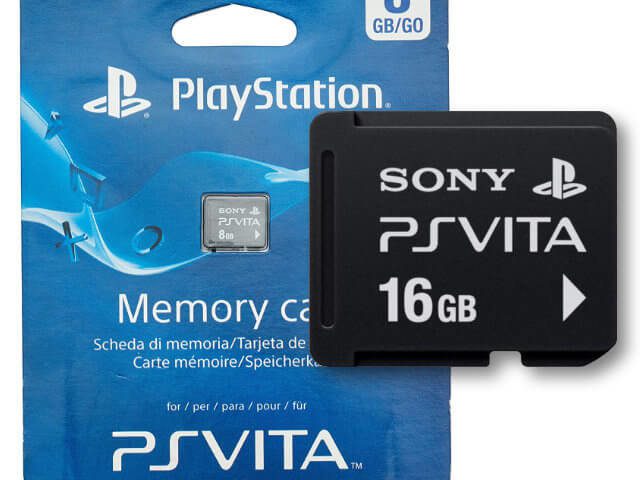 The Sony PS Vita is one of two mobile ways to play PlayStation ports and exclusive titles for Sony handhelds on the go. In addition to the PSP (PlayStation Portable), the Vita has been particularly popular with hardcore fans and programmers of Home Brew Games; There is still an active community that keeps the portable console alive - even if the manufacturer has long been with it PlayStation 4 and Virtual Reality has arrived. However, if you continue to use the device, want to dig it out or buy it for your collection, you should also invest directly in a Sony PS Vita memory card.

The Sony PS Vita memory card helps you to use downloaded games and saved games in the handheld PlayStation. I have prepared the four versions, the difference to the game modules and further information for you here.

The Sony PS Vita memory card has its own dimensions, which do not correspond to an SD card or similar, common modules. This means that you have to buy these special memory cards from Sony in order to use the PS Vita. They are available with capacities of 4 GB, 8 GB, 16 GB and 32 GB. There are officially no 64 GB in Europe or America; if you really want to use them, you have to import them from Japan. The "small" versions are also available from Amazon: 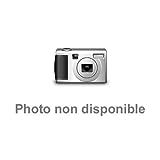 Memory card with 16GB memory
Sony PlayStation Vita memory card - all four sizes can be selected on the products page. This allows you to keep more games and saved games at once in the console and access them on the go.
37,00 EUR
Buy it at Amazon Price includes VAT, plus shipping costs (updated: 24.01.2022 at 06: 30 clock)

Function of the memory card

The memory card for the Sony PS Vita is required in the handheld device or in the PS TV (TV adapter for Vita games) to save games and / or to save downloaded games. The memory card thus replaces an internal memory and can be used to sort games and scores if several cards are used accordingly. In addition to games and saved games, other content such as films, videos, music and pictures can also be stored on the memory card. The console can also be used as a multimedia and entertainment option on the go.

The memory card is not to be confused with a PlayStation Vita card, i.e. the game module, which not only has a different format, but is also plugged into the console at a different location. There are adapters for such a game card to use SD cards with downloaded content, Home Brew games, fan translations and other projects on the device instead of an original game.

Here is the PS Vita microSD adapter: at Amazon. It is important to note, among other things, that the maximum firmware version 3.6 may be installed on the PlayStation Vita for the adapter to work. Further information, notes and requirements can be found in the product description and in the customer reviews. There are also some forums that offer all possible solutions to Vita questions.

Transfer data: move games and saved games from one card to another

So you have now decided on a larger memory card in order to be able to use more games and saved games on the Sony PS Vita. But now you want to use your old data on the new memory card and are wondering how you can port it, i.e. transfer it from one card to the other. Well, there are a few simple steps:

You can find more information and useful information about the PS Vita in official online manual from Sony. There you will also find information about the Sony PS Vita memory cards, game modules and the like. I can also recommend you - also for many other retro gaming topics - the YouTube channel Metal Jesus Rocks recommend. The videos are all in English, but they contain lots of tips, tricks, game reviews and other great information. In a special Video it's also about the PS Vita, the best games, available accessories and so on. Check it out:

Even more consoles at a glance: "The Game Console" book recommendation