Measured: is the iOS 11.2.2 Specter patch making the iPhone slower?

In many media you can currently read that the update to iOS 11.2.2 should have made the iPhone slower. The reason for this is sought when a change is made to the software that is supposed to iron out the security leak, which is known as Specter is called. I am always very careful with such negative reports, as they usually spread like a virus on the network. Everyone likes to add such news to their blog or news page, because bad news about iPhones and Apple is always popular. And more clicks = more money.

It is not uncommon for one to copy the other without naming sources - nobody is interested in them anyway. The main thing is that you can report what went wrong with the iPhone. ;-)

Does the update to iOS 11.2.2 slow down the iPhone and iPad noticeably? I have with Geekbench measured.

In the current case: Forbes reports from a (in numbers "1"!) blogger who took a (!) measurement before and after with his iPhone 6. From my point of view, the message has hardly any content, since it neither describes whether the iPhone may also suffer from the processor brake, nor does it go into how high the battery level was, whether it was attached to the charger, etc. So there are a thousand things that may have influenced these measurements. The statement of the Blogger's Melv1n in his article:

The performance benchmarks were performed on an iPhone 6 and are done pretty straight forward. The benchmarks were performed before / after updating iOS in the exact same scenario: no apps running (including background). So the running benchmark basically had the full CPU capacity and all other iPhone resources to its disposal. The original scorecards of the benchmark are at the bottom. The percentages are rounded accordingly.

Some extra info: iOS is in Dutch, no jailbreak, had no battery changes, no refurbished model, no exotic configuration (if that is even possible).

Unfortunately, there is no information on how old the battery is, whether the tests on the charging cable were carried out, etc. But at least the original article offers some information that Forbes did not take up, but which would have been important for the assessment of the matter.

And although this message from Forbes has practically no tangible content, the halfway renowned website takes hold giga.de this on writes her own article in which again only this one case is mentioned. After all, the headline ends with a question mark and the blogger's measurements are questioned:

Since Apple's Specter fix was only supposed to modify Safari and not the operating system as such, the question arises as to how this is possible. Other users cannot measure a corresponding loss.

However, there are numerous other newspapers that report less critically here and simply refer to the tech blogger, who is probably happy or not happy about the media-effective slowdown on his iPhone 6, because his server is together under the load of the many visitors Broken.

But this is just a note, why I am always very skeptical of such reports. In the current case, I took the opportunity and measured it myself with the Geekbench app. 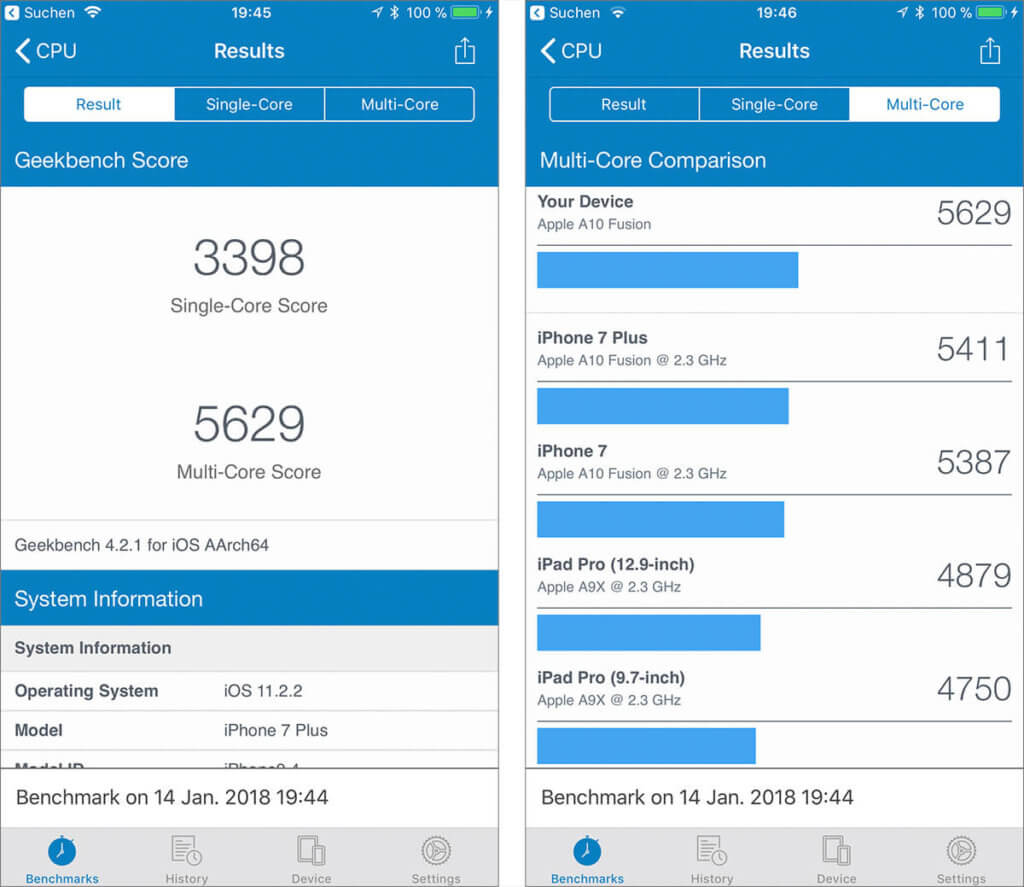 In my measurements, Geekbench doesn't show any major deviations from the CPU performance of other iPhone 7 Plus models. To be on the safe side, I made several such measurements and determined the average.

My measurements with the iPhone 7 Plus

Since I have already updated my iPhone X to iOS 11.2.2, I was unfortunately no longer able to take before-and-after measurements, but luckily it was still possible with my iPhone 7 Plus. 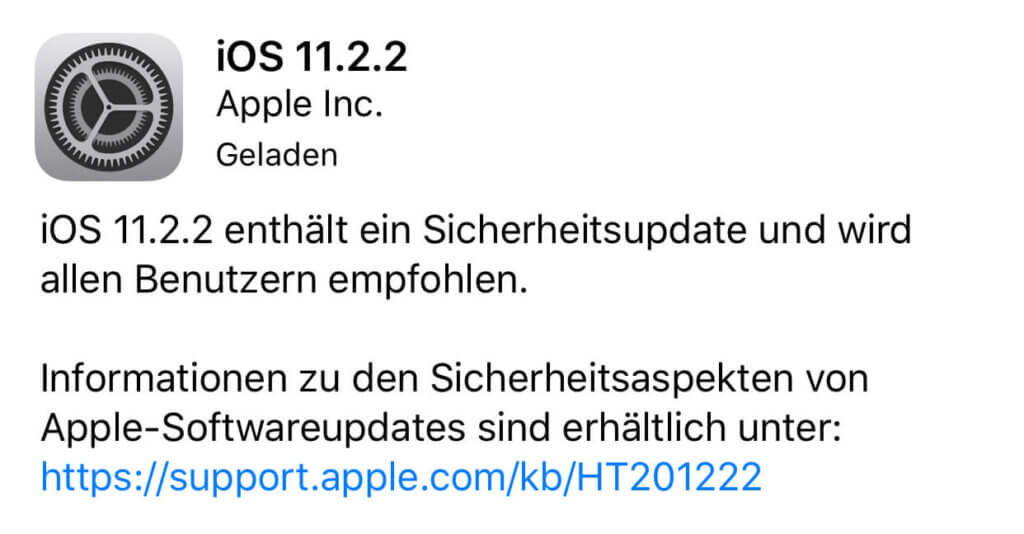 Even if there are differences in performance: The update to iOS 11.2.2 should be carried out in any case, as it closes massive security gaps.

In order to make the measurements as independent as possible from other circumstances, I carried out several measurements with Geekbench (version 4). Restarted the iPhone beforehand and connected it to a charging cable with 100% battery. The "CPU" measurements were also made in airplane mode in order to minimize network influences. Unfortunately, this is not possible with the "Compute" measurement, since the Browser is accessed. Then I repeated each benchmark three or five times and calculated the average.

I think this is a database that a private person can reasonably afford without involving a measurement laboratory.

I was able to determine the following measurements with my iPhone 7 Plus. I also determined the average values ​​in the table and then calculated the performance differences. This gives you an impression of how much has really changed in terms of speed.

The Geekbench software also offers a comparison with the usual measured values. Here, too, I tend to see that my iPhone 7 Plus is rather brisk compared to other models of the same design. A deterioration in values

If you look at the results, you can see that the fluctuations from one measurement to another with the same iOS are sometimes as high as the calculated average difference between iOS 11.2.1 and iOS 11.2.2. From my point of view, this is not a significant change. How my colleague comes up with the 40-50% difference remains a mystery to me.

An interesting triviality: In his screenshot, the blogger wrote that he had updated from iOS 11.1.2 as the original version. For me the previous version was 11.2.1. This is not a typo, as this version number is also mentioned in the original Geekbench screenshot. So he's doing a more extensive update than just the Specter Patch (source: melv1n.com).

I assume that during the measurements he may have measured once with a fully charged battery and once with a partially opened battery. He used an iPhone 6 for this, which may have an older battery. If this is then no longer fully charged, the iPhone itself may slow down the processor clock in order to save the battery. The phenomenon is the blogger Melv1n

So I would give the all-clear: The update will certainly not affect the speed of your iOS devices. I also did some test measurements on my iPad Pro (9,7 inch) and came to the same result: There are no significant changes in the speed when you run Geekbench.