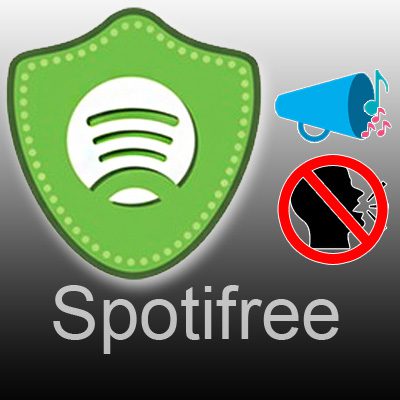 If you Spotify for free and you get annoyed by the commercials, there are various ad blockers and other apps that hide the Spotify advertising. Now, however, the fact is that Spotify can only offer its program for free because this advertising is there. The Spotifree app for the Apple Mac or MacBook is, I think, a good compromise for both camps - people who don't want to hear advertising and those who see advertising as an important economic component. In this article I want to briefly introduce you to Spotifree.

The Spotifree app for the Apple Mac does not block Spotify advertisements, but mutes them. A good compromise.

If you use Spotify for free for Apple OS X or Apple macOS, then you may be bothered by the advertising. She interrupts the music, she is louder than the music and so on. There are a few things that can bother you - also that the advertising is not relevant to you. The remedy is Spotify Premium, the paid version of Spotify, with which you can use more features and do not have to endure advertising. However, some cannot or do not want to afford Spotify Premium or they live in a country that does not (yet) have this paid version of the app. Like the developer of Spotifree, Artem Gordinsky. He programmed Spotifree for the advertising problem.

What exactly does Spotifree do with advertising on Spotify?

Since the streaming service for music did not accept payments from the Ukraine, Gordinsky developed an app that checks the corresponding audio signals every 5 seconds. If music is recognized, nothing happens. However, if a commercial is recognized, the volume is turned down, i.e. the spot is muted. When it is over, the music continues. This means that the advertising is not blocked per se - so Spotifree is not an ad blocker - but that it is acoustically faded out for the user. The advertising runs (in the background) and the user will not click it, but that he will click it just because he hears it is not said per se. That's why I find Spotifree a good compromise ...

If you listen to music streaming with Spotify but want to mute the ads, you can get Spotifree at GitHub for Mac. After installation, the program is in the menu bar and is therefore very easy to access. Official information from Artem Gordinsky and his program is available at spotifree.gordinskiy.com.