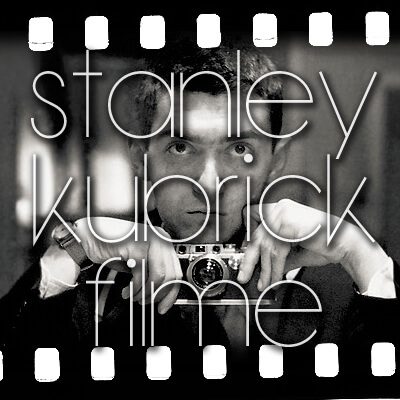 Stanley Kubrick Films by Lolita and Dr. Strange about 2001, Barry Lyndon and Shining to Full Metal Jacket and Eyes Wide Shut are all narrative and cinematic masterpieces. In addition to the well-known films and the never become reality Napoleon film by Stanley Kubrick But there are many more - numerous projects from the 1950s, for example. Here I would like to introduce you to Stanley Kubrick's films, show you which DVD box / Blu-Ray collection is recommended and give you a few facts about Stanley Kubrick and his films.

Stanley Kubrick Films: Lolita, Dr. Strange, A Clockwork Orange, Barry Lyndon, Shining, Full Metal Jacket, Eyes Wide Shut - these are the most famous. Here you can find information about all of the Kino Meister's works.

How Stanley Kubrick came to film as a director

A full-grown bookworm, clever chess player and respected photographer, Stanley Kubrick started his first film project in 1950 at the age of 22: a documentary called Day of the fight. Other films followed, timeless classics then in the 1960s - Stanley Kubrick combined his skills as a photographer, i.e. his eye for atmosphere, expression, dynamism and drama with the material from unusual books and his strategic thinking from the game of chess. That this was a combination that could and can inspire generations is shown again and again.

Stanley Kubrick Films from the 1950s

The 60s introduced a recipe for success for Stanley Kubrick that was to bring him to the cinema internationally: the (sometimes very free) adaptation of strong literature with long preparation and shooting times. Kubrick only wanted the best results and therefore did not shy away from filming scenes dozens of times, asking actors the last and therefore the best, and perfecting sets and props. Details on individual films such as Lolita, Dr. Strange or how I learned to love the bomb, 2001: Odyssee im Weltraum or Clockwork Orange (Clockwork Orange) have the corresponding DVDs and Blu-Rays ready in an extra section. All but the latter were made in the 1960s.

The best Stanley Kubrick films on DVD or Blu-Ray

Which film is the best or whether there is even a best film by Stanley Kubrick, everyone has to decide for themselves. There are, however, some DVD boxes and Blu-Ray collections that bring together the most successful and formidable films by Stanley Kubrick. From my own experience I can recommend this DVD box with Lolita, 2001: A Space Odyssey, Uhrwerk Orange, Barry Lyndon, Shining, Full Metal Jacket, Eyes Wide Shut and A Life in Pictures (documentary about Stanley Kubrick):

And here is a Blu-Ray collection with the same films and a lot of additional material, but without the documentary about the master of the films:

Dr. Strange or how I learned to love the bomb

This film is missing from the collections shown above. The film, which should be Stanley Kubrick's last in black and white, is also being offered on Amazon as DVD and Blu-Ray so that you can still discover it for yourself in 2017: as DVD, as Blu-Ray.

2001: how a film revolutionized cinema

In the extensive bonus or extra material too 2001: Odyssee im Weltraum George Lucas (including Star Wars) and Steven Spielberg (including ET - The Extra-Terrestrial, AI - Artificial Intelligence, War of the Worlds) have their say. They describe how much they were surprised and inspired by the film in 1698. Kubrick had managed SF away from youth cult and stop motion films towards impressive and expressive camera effects.

The sets, the attention to detail and the striving to show the most realistic processes possible and to orientate themselves physically to real conditions ensured that the film has remained an amazing sci-fi flick up to the present year 2017. If you compare 2001 with Star Wars, you can see clear influences - and the film's soundtrack has crept into pop culture. In 1971 even the astronauts of the Apollo 15 mission were awakened to the music ( ).

Stanley Kubrick: a director who made (cinema) history

Parodies, allusions, and adaptations of Stanley Kubrick's films are very common; in the Simpsons, in sitcoms, in other series or films and so on. Kubrick has not only been able to successfully accommodate his films in the cinema for over 40 years, but has also inspired works by other directors and pop culture itself with a lot of hard work and first-class results. What do you all mean? Do you think the Stanley Kubrick films are just as great as I do, don't you know them yet or how do you feel about these masterpieces? Feel free to leave a comment;)