Star Wars ice cube mold: also ideal as a baking mold and for chocolate or pralines 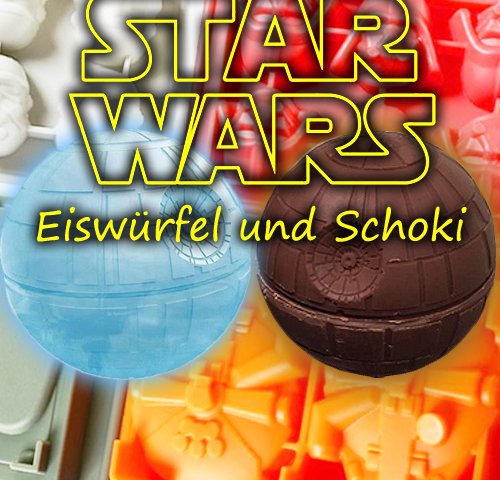 On New Year's Eve with Star Wars ice cubes celebrate or before Give away chocolate for Christmas in the form of R2-D2, Darth Vader, the Millennium Falcon or a Stormtrooper - All of this and much more is possible with the Star Wars ice cube molds that I would like to introduce to you in this little nerd article. For those who like it more technical, there will be an article later; but now also on Sir-Apfelot.de St. Nicholas Day should first be celebrated;)

Make Star Wars ice cubes or Star Wars chocolate yourself, that's no problem with the ice cube and baking molds from this post. Image source: Amazon

The idea for this article comes from that product on Amazon. Actually, it should be used as an ice cube and baking pan for little ones Death stars from the early Star Wars trilogy. However, some reviewers have successfully used the mold for chocolate. If you then fill this with marzipan or nougat, you can give away delicious pralines for Christmas (or at another time)! 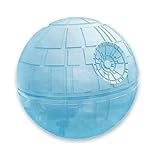 Ice cube tray set with 6 different shapes for only 19,99 EUR

This offer from Family Care is perfect for today's St. Nicholas Day. Here you get a set of 6 ice cube molds with well-known characters or aircraft from the Star Wars films for the moment only 19,99 EUR instead of 63,99 EUR! Among them are Darth Vader, Stormtrooper (best to fill in with white chocolate), the Millennium Falcon, R2-D2, an X-Wing Fighter and something else in the gray mold ... who knows what that is, can do it in the form of a comment notify. (Update 11. December 2016: The gray mold creates a frozen Han Solo or a chocolate Han Solo, was communicated in the comments. see below Update end) 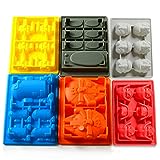 The emperor of the baking kitchen: apron, baking glove and pot holder in a set

If you want to bake in style for the dark side and shape ice cubes / pralines, you will like this one Star Wars apron to have. It shows Stormtrooper and, in the center, Darth Vader. The same applies to the baking glove and the pot holder included in the set. Also as Christmas a great idea!

Even more Star Wars and gift ideas for Christmas

In this blog you will not only find articles about Apple and other technical topics, but also a little bit of nerd stuff every now and then. If you want even more Star Wars content, then take a look in this overview past. Are you looking for a Christmas present for your boyfriend or girlfriend, then click here accordingly: friend / girlfriend.

I wish you a nice St. Nicholas Day and a Merry Advent!