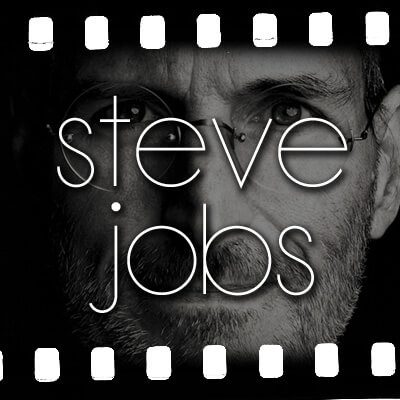 From The Silicon Valley story leads over JOBS or Steve Jobs: The Man in the Machine towards Steve Jobs, the most famous Steve Jobs film, there are several (and many more) films that shed light on the life and work of the Apple founder. There are also other films and series that deal with the creation and economic rise of computers. The interplay of, for example, Steve Jobs and Bill Gates, Apple and Microsoft, the celebrated tech revolutionary and social beast, these and those influencing factors are sometimes more and less emphasized.

The two most famous, because the most recent, feature films about Steve Jobs and Apple are probably JOBS (2013) and Steve Jobs (2015). The first biopic with Ashton Kutcher in the lead role is about Jobs' time from university and discovering the computer world up to the Think Different campaign. In the second current film with Michael Fassbender in the role of the Apple founder, you could see that Aaron Sorkin was responsible for the script. As with The Social Network he wrote the story around social aspects and, for example, highlighted the connection between Steve Jobs and his daughter Lisa.

So which film is the better one? Basically, the audience, that is, you, has to decide that, as the two films have a different focus. Both Michael Fassbender and Ashton Kutcher are taken from Steve Jobs, even if Fassbender doesn't play younger Steve as well as Kutcher. The narrative style comes across a bit better in the newer film, even if Steve Jobs' time at university is omitted and the relationship with Lisa seems superficial. The somewhat very egocentric job in this film is made up for by a further star cast (including Kate Winslet as Joanna Hoffman). So it depends a lot on what you want to see and what you therefore expect. If you haven't been to the cinema, you can buy the DVDs or Blu-Rays released in 2014 and 2016;)

Steve Jobs: The Man in the Machine

Also in 2015 there was a film about Steve Jobs, which is less of a feature film than a documentary. In Steve Jobs: The Man in the Machine You see a critical portrait of the Apple founder, drawn with interviews, recordings by Steve Jobs, researched facts and figures as well as a (further) insight into the social / private behavior of the man in blue jeans and turtleneck sweaters. So if you are more into documentaries than feature films, then I recommend this film to you. Of course you can too as stream, DVD or Blu-Ray. And here's another trailer that I think is quite convincing:

Even before the company and the Apple brand achieved their current size, topics such as computers and their creation, computer systems and their backgrounds as well as the corresponding makers and competitions were taken up in films. This is also the case in the film The Silicon Valley storywhich, among other things, revolves around the relationship between Steve Jobs and Bill Gates. The 1999 film (since 2012 on DVD) shows, for example, the nascent competition between Apple and Microsoft in this scene:

If you can't or don't want to take the hype and this and that Steve Jobs film seriously, you can watch a corresponding parody. The Internet Comedy Channel Funny or Die did for the film ists among others Jorge Garcia (known from LOST) engaged. From the official trailer doesn't really come out much; individual scenes on YouTube reveal more. In addition, it will probably be more worthwhile for those interested to look for a video with film content on YouTube than to buy the DVD on Amazon; this goes away for over 40 euros ...

If neither a Steve Jobs film nor several Steve Jobs films are enough for you, then you can delve further into the history of PC, Mac and co. Among other things, the series H invites you to do so. The series, which has been produced since 2014 and has been available in German since 2015, is also available on Amazon, also in the stream:

What do you think, which production was able to deliver the best film about Steve Jobs? More like one of the feature films or more documentary testimonies about the founder of Apple? Feel free to leave a comment; even if you can recommend other films and series on the topic;)