Stop Hate for Profit - What's Behind the Facebook Boycott? 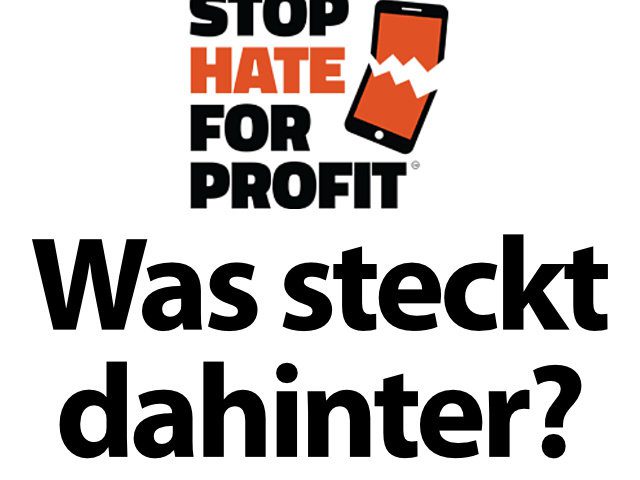 The slogan “Stop Hate for Profit” and the hashtags #StopHateForProfit and # StopHate4Profit are currently making the rounds. It is about an advertising boycott on Facebook, which is supported by large companies and is intended to draw attention to Facebook's unperceived role in public discourse. Like on the official website of the action 99% of Facebook's revenue comes from ads. But now it is enough for the advertisers that nothing is done on the platform with the currently 70 billion US dollars against hatred, agitation, fascism and racism. In addition, wrong decisions, such as the designation of "Breitbart News" as a "trustworthy news source", are denounced.

Stop Hate for Profit - under this motto, companies are boycotting the advertising option on Mark Zuckerberg's social media platform. Here you can find details and further links.

“Stop Hate for Profit” means “stop (t) hatred for profit” in German. This means that on Facebook, a social media platform clearly designed for profit, hatred is no longer tolerated and should be used to bind users. Because, of course, Mark Zuckerberg's group is only partially taking action against Holocaust deniers, racist content, glorification of violence and the like, out of its own political convictions.

Rather, as many people as possible should be kept on the platform so that advertising companies can be offered the largest possible target groups and the highest possible prices charged. So here it is very clear that human contempt is tolerated in order to make money. Racism, Nazi content and violence are accepted in order to make even more profit.

These companies participate in #StopHateForProfit

You can read the whole list of the more than 90 participants so far see here. Big names from it are: Arc'teryx, Coca Cola, Honda, Levi's, Mozilla, Unilever, Verizon and many more. Of course, one could assume that the individual companies and corporations are creating an economic win-win situation for themselves by keeping their advertising budget and at the same time swimming on a “wave of activism”. At the same time, they get attention and thus free PR.

It is possible. But viewed from a different angle, activism nowadays also takes place digitally and the use of certain levers (such as holding back advertising expenditure on certain pages) is one way of setting an example and putting pressure on the Facebook group. In addition, users are made aware of the content in question.

This is how Facebook reacts to the advertising boycott

On the website of the campaign you will find a lot more information, for example the further steps that should be taken after the advertising boycott, or information on how you can become active as a consumer. But what is Facebook doing now? How does the company react, which is now receiving less income because it tolerates fascism, racism, hatred and agitation?

Among other things, the mirror (.) and t-online (.) give an insight. According to this, posts by political actors in particular should be better moderated so that they are either given a note or deleted if they contain questionable content. Even in advertising (such as election advertising), attention should finally be paid to human rights. So just a drop in the bucket, as Facebook should take action against any kind of agitation among all users, in groups, on like pages and so on.

So you can report posts and comments on Facebook

If you notice posts or comments on the social media platform that are racist, fascist or otherwise hateful, you should not look the other way. You can report them both in the web browser and in the app. Simply click or tap on the three dots in the top right corner and then on "Receive support or report a contribution". Then you can select a reason for the report (e.g. hate speech, false reports or violence). In doing so, you are helping to remove the relevant content from circulation. However, there is no guarantee that what has been reported will be deleted.