Studio Ghibli Films: Totoro, Monoke, Chihiro, the Yamadas and the Voice of the Heart 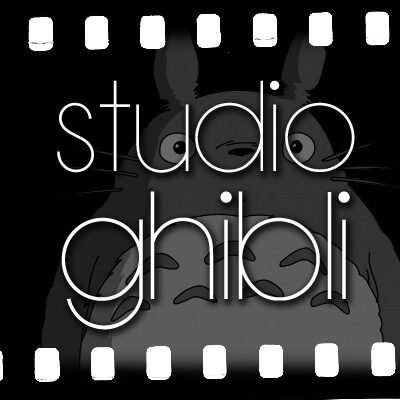 Studio Ghibli Films by The castle in the sky and Mein Nachbar Totoro leads over The last fireflies and Kikis kleiner Lieferservice towards Howl's Moving Castle and The red turtle are all imaginative animes for teenagers and adults. Few of the animes by Studio Ghibli from Japan are entirely suitable for children; even if many of the protagonists of the animated films are children. Porco Rosso, Princess Mononoke, Spirited Away, The kingdom of cats and many more films in the Ghibli universe prove that cartoons are not just made for children.

The first official film by Studio Ghibli from Japan was released in 1986; this was about The castle in the sky (天空 の 城 ラ ピ ュ タ) - a film that had a magical chase, touching individual fates, independent and headstrong children as well as military and power struggles on the subject. The film by Hayao Miyazaki (screenplay and direction) and Isao Takahata (production) already provides some recurring motifs of the Ghibli film universe.

Three more films followed by the end of the 1980s: Mein Nachbar Totoro (と な り の ト ト ロ), The last fireflies (火 垂 る の 墓) and Kikis kleiner Lieferservice (魔女 の 宅急便). All four films highlight children as combative natures - nothing unusual in Japan, where children are usually brought up much more independently than in the “West”. By the way, I would recommend Totoro and Kiki for children.

Here is a list of all 1980s films from the Japanese anime studio:

Studio Ghibli in the 1990s: Animals, Nature and Humor

Although Ghibli remained true to many motifs even in the wild last decade of the previous millennium, new topics were taken up and a very special kind of humor established. The film Pom Poko (平 成 狸 合 戦 ぽ ん ぽ こ), released in 1994, is about dachshunds who defend themselves against the expansion of the city of Tokyo in the 1960s and the associated destruction of the dachshund's habitat.

In addition to the topic of nature conservation, the Japanese faith - a mixture of Shinto and Buddhism - as well as the magical abilities of animals (changing shapes, for example) are discussed. A half serious, half funny flick! But surely too complex for small children. Conservation and magic are also important topics in one of the most famous and popular anime films by Ghibli: Princess Mononoke (も の の け 姫) from 1997.

Here is a list of the Studio Ghibli films of the 90s:

Many of the basic motifs of Studio Ghibli such as children, adventure and challenges, war, fantasy and magic have been preserved in the individual films to this day. This was also the case in the years from 2000 to 2009. That decade started with the anime at the Japanese studio Ghibli in 2001 Spirited Away (千 と 千尋 の 神 隠 し). The sequel to followed in the next year Voice of the heart, the film The kingdom of cats (猫 の 恩 返 し). Another great classic for anime fans was released in 2004 with Howl's Moving Castle (ハ ウ ル の 動 く 城) published - a story full of magic, love, struggle for justice and again: war.

Here is a list of the Studio Ghibli films of the 2000s:

I have to admit, I haven't seen any recent Studio Ghibli films; Arrietty (借 り ぐ ら し の ア リ エ ッ テ ィ) and The poppy mountain (コ ク リ コ 坂 か ら) are among my all-time favorite films. I'll catch up on all the others when I have the time. Incidentally, I would unreservedly rate the two named anime films as suitable for children. Arrietty plays even in 2010, even if no modern technology or other indications are given; The poppy mountain is settled back in the 1960s.

The latest Studio Ghibli anime The red turtle (レ ッ ド タ ー ト ル あ る 島 の 物語) was released for the first time in 2016 and was released in theaters in Germany on March 16, 2017; So you have to wait for the DVD and Blu-Ray for the film. Update August 2017: In the meantime you can also buy "The Red Tortoise" on Blu-Ray and DVD;)

Here is the list of the latest Studio Ghibli strips: