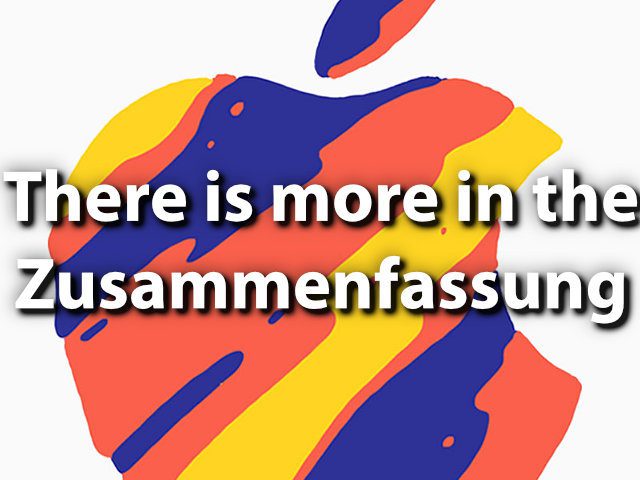 Today, October 30, 2018, there was the new Apple Keynote in New York, where, among other things, the Apple iPad Pro 2018 was presented. Where the September keynote at Apple Park's Steve Jobs Theater focused primarily on iPhones and the Apple Watch, October will see the iPad Pro, Mac mini, MacBook Air and Apple Pencil. A nice addition and, thanks to the comparatively good prices, certainly also interesting for those who have been waiting for the right Apple product to buy for Christmas :D Below you will find all the important content of the just ended Apple Keynote from October 30, 2018 with the motto "There is more in the making".

With “There is more in the making”, Apple had invited to the October keynote. At this Apple event on October 30, 2018 ... were presented. Here is a summary of the presentation.

Beginning and greeting by Tim Cook

The Apple event began with a video that again showed some of the well-known, stylized Apple logos, but this time animated. It served as an introduction and went into the live broadcast of the presentation from the Howard Gilman Opera House of the Brooklyn Academy of Music. As always, CEO Tim Cook welcomed the event. Another video was about the use of Apple products, but through the scenes shown and the underlying song "I happen to like New York" in connection with the city. Then market data for the Mac was shown. Then it came to the products ... 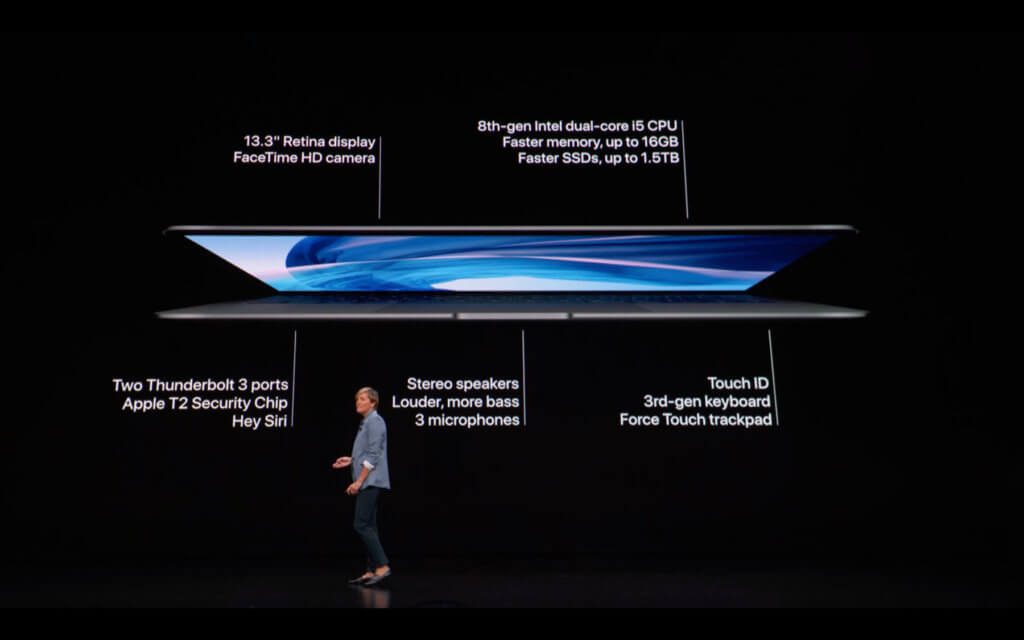 The MacBook Air 2018 with Retina display

With a reminder of the introduction of the first MacBook Air by Steve Jobs, who pulled the device out of an envelope in the corresponding keynote, it went to the introduction of the new MacBook Air. The MacBook Air 2018 has narrower and black bezels, so that 13,3 inch display fits into a smaller device. The retina display has a resolution that is 4 times as large as its predecessor. There is also now Touch ID and a bigger, better trackpad. There are two Thunderbolt 3 ports as connections. At 1,25 kg, the device is super light. The aluminum used is 100% recycled. 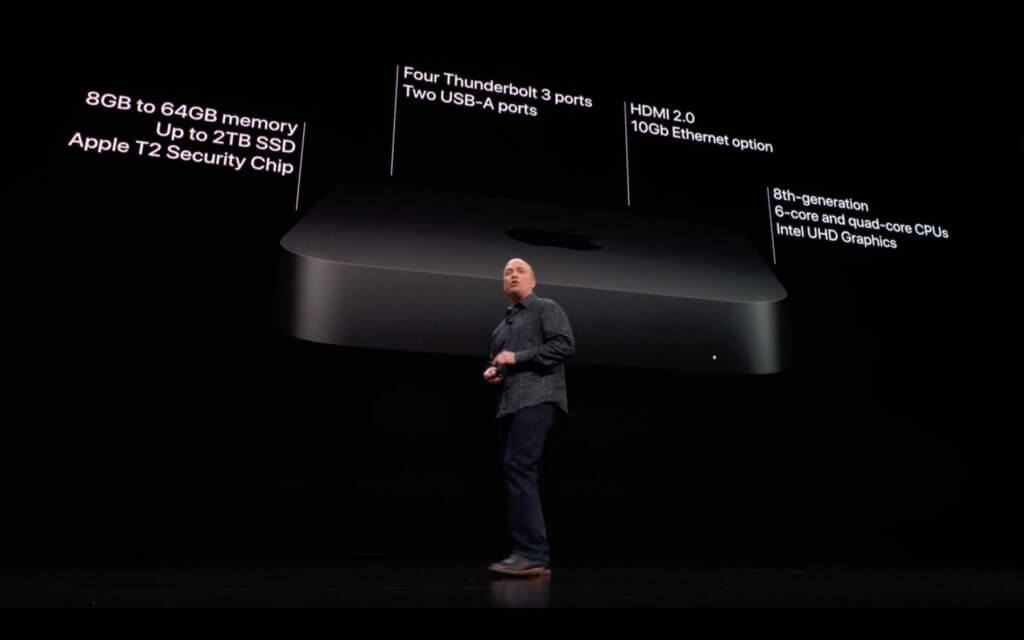 With the Mac Mini 2018 there was an update that many had stopped believing in. The 5 times faster CPU has up to 6 cores; supports up to 64 GB RAM memory. The storage on the SSD is up to 2 TB. There are plenty of ports: 1 x Ethernet, 4 x Thunderbolt 3 (USB-C), 1 x HDMI 2.0, 2 x USB-A 3.1, 1 x 3.5 mm jack for headphones. In addition, a new ventilation system was installed, which supports the device even at high loads. The body of the Mac Mini 2018 also uses 100% recycled aluminum in the appropriate places. 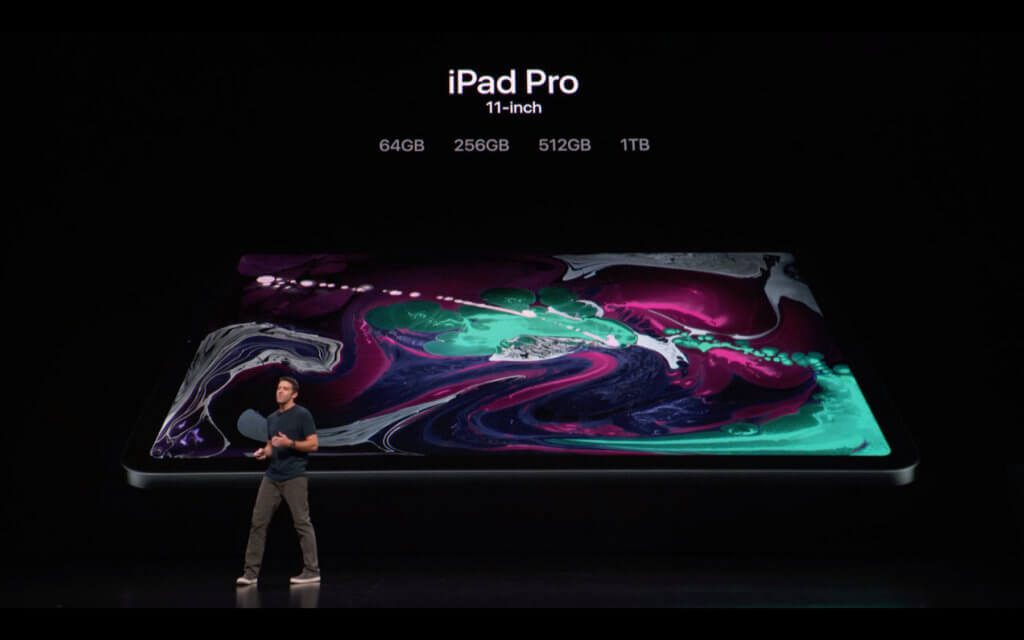 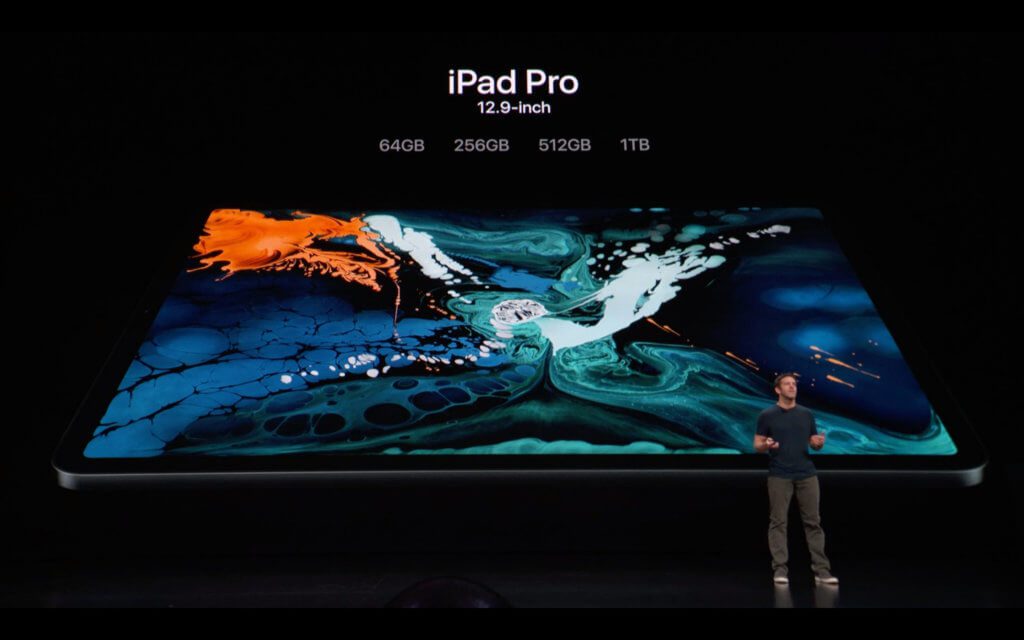 The new iPad Pro has narrower screen bezels, which saves the home button. The whole device was made thinner and the edges straightened. It can be unlocked with Face ID and not only a Liquid Retina Display (LCD) was installed, but a completely new A12X Bionic Chip. The faster graphics should be on the level of the Xbox One. All in all, the best of the iPhone X models has been taken, improved again, equipped with USB-C (yes, USB-C instead of Lightning!) And new accessories. This includes a new case with a keyboard and a new Apple Pencil with additional features. Next year a full Photoshop for Adobe should be available in the iOS App Store for the new iPad Pro. 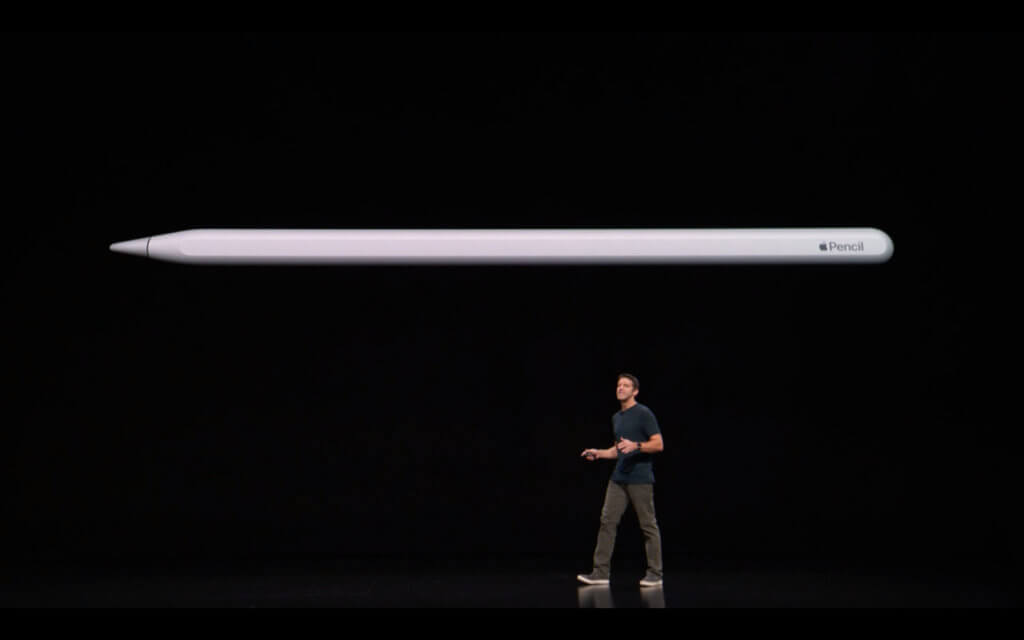 The new Apple Pencil is magnetically attached to the new iPad Pro, has the "Double Tap" feature for various functions in iOS and in apps - and it charges automatically wirelessly when it is attached to the iPad Pro. You can also use it to wake up the Apple tablet and automatically start the notes app. All in all, a great addition to the new Apple tablet. In the keynote, both were always shown together, which almost suggests that the Apple Pencil 2018 is included in the scope of delivery of the iPad Pro 2018. But thought wrong; the accessories are available individually for 135 euros.

Im Apple Store you can currently get all the information, as the presented devices can be pre-ordered now and will go on sale on November 7th, 2018. Here in the blog you will still find the individual "technical data" articles and further information until tomorrow, because you have to call it a day at some point: D But until then, please leave a comment with your opinion or your intention to purchase this or that product . I'm interested in what you think about MacBook Air, Mac Mini, iPad Pro and Apple Pencil!

Fun fact: Lana del Rey performed at the end of the Apple Special Event on October 30, 2018. But she couldn't give the name of her new album because she wasn't allowed to use swear words: D