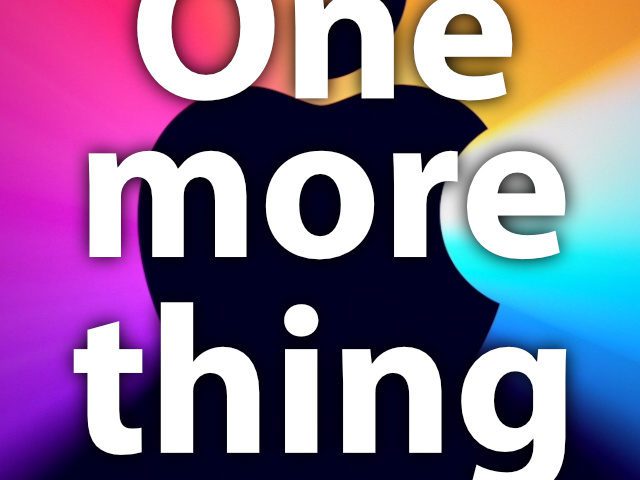 Today Apple broadcast the November 2020 event. The “One more thing” presentation was about five things: the new M1 chip, the new macOS 11.0 Big Sur, the new MacBook Air, the new Mac mini and the new MacBook Pro. First details on each topic as well as screenshots from the stream can be found in this summary. Tomorrow there will be detailed articles on the new Apple computers with technical data, further pictures and so on. At the bottom of this post you will also find the Apple keynote from November 10.11.2020th, XNUMX embedded as a YouTube video.

Here you will find the summary of the Apple "One more thing" event, the presentation of November 10th, 2020. The new Apple M1 chip, macOS Big Sur, the new MacBook Air and Pro as well as the new Mac mini were there.

Opening by Tim Cook and M1-Chip

The presentation was opened in the usual manner by Tim Cook, Apple's CEO. The location was again Apple Park with the main building and the Steve Jobs Theater. First there was a review of the last two presentations with Apple Watch, iPad, HomePod mini and iPhone 12 as well as various services such as “Apple One”. It was also pointed out that the Mac product group had seen its best year so far in 2020; 50% of the buyers are new customers in this area. 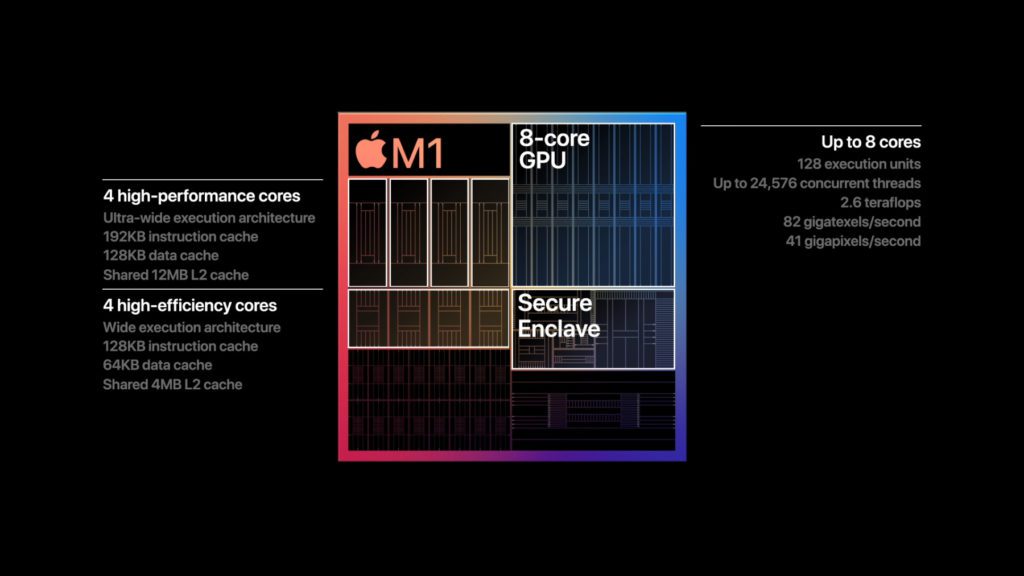 Then it went to Johny Srouji from hardware development. He presented the new M1 chip from Apple with some known and new data. The 16 billion transistors, the 5 nm architecture and other specifications were discussed again. For example, the M1 chip has up to 8 cores each for CPU and GPU. There is an extremely high performance with less power consumption and all in all the SoC (System on Chip) makes the new Mac models several times faster than Windows laptops and PCs in the same price range. 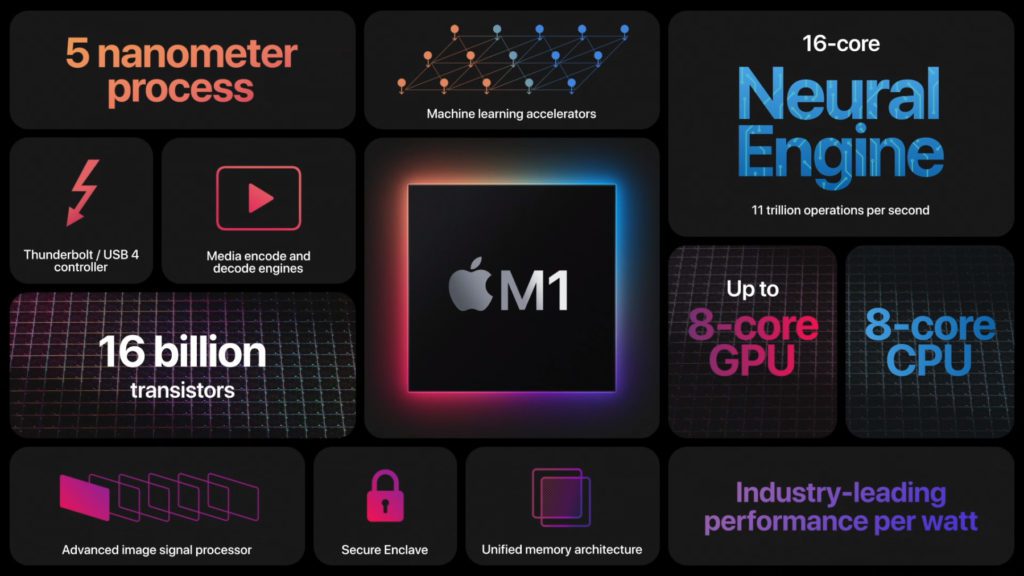 Before we went to the new Apple computers, Craig Federighi from Apple's software department briefly presented the new macOS 11.0 Big Sur. It should boot super fast on M1 computers, open apps extremely quickly and enable up to 1,9 times faster Internet surfing in the Safari browser. 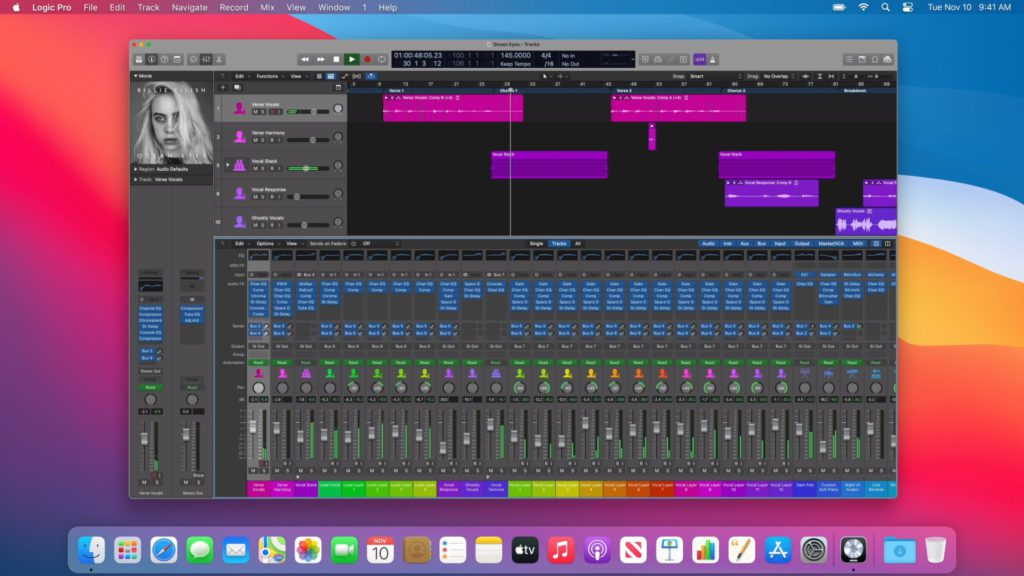 Universal apps are also equally available for Intel and M1 chips. With Rosette 2 Allows Intel apps to run on M1 machines. And at the same time, iPhone and iPad apps can also be used under macOS Big Sur on these computers. So comes e.g. B. finally Netflix as an app on the Mac. 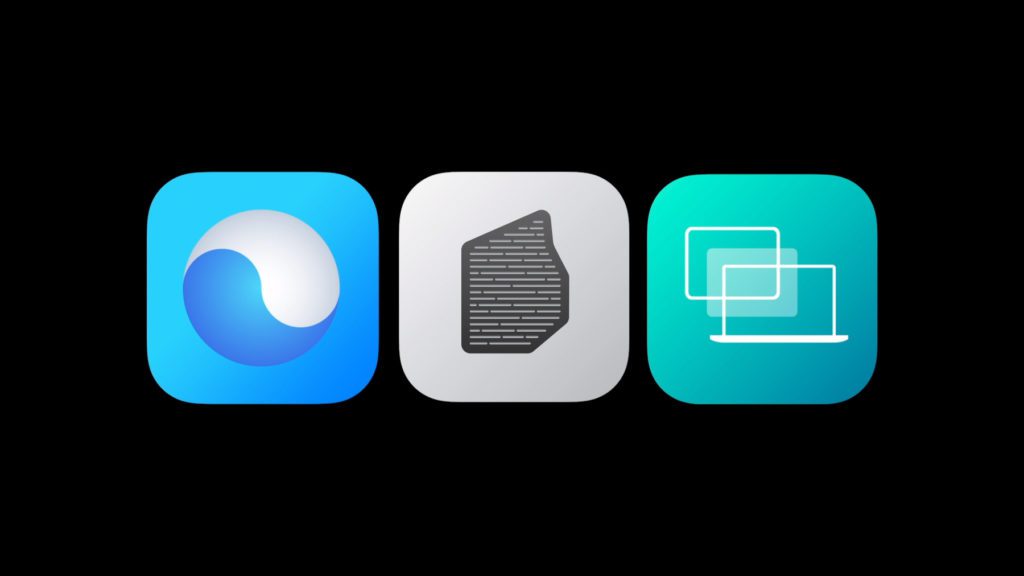 For previous compatible Mac models macOS 11.0 Big Sur comes as an upgrade on Thursday, November 12th, 2020. But whether you want to be a first adopter for the system should depend on the apps and devices you use. If compatibility cannot be guaranteed, you should maybe still wait.

The first computer in the presentation was the new 13-inch MacBook Air, the specialty of which is that it has no active cooling. Even when the hardware is heavily used, there are no annoying fan noises. The dissipation of the developing heat takes place exclusively via the aluminum housing. In addition, Laura Metz, Mac Product Line Manager at Apple, presented the small, lightweight notebook with a 3,5 times faster CPU and up to 5 times faster graphics. It is said to be 3 times faster than a Windows laptop in the same price range. 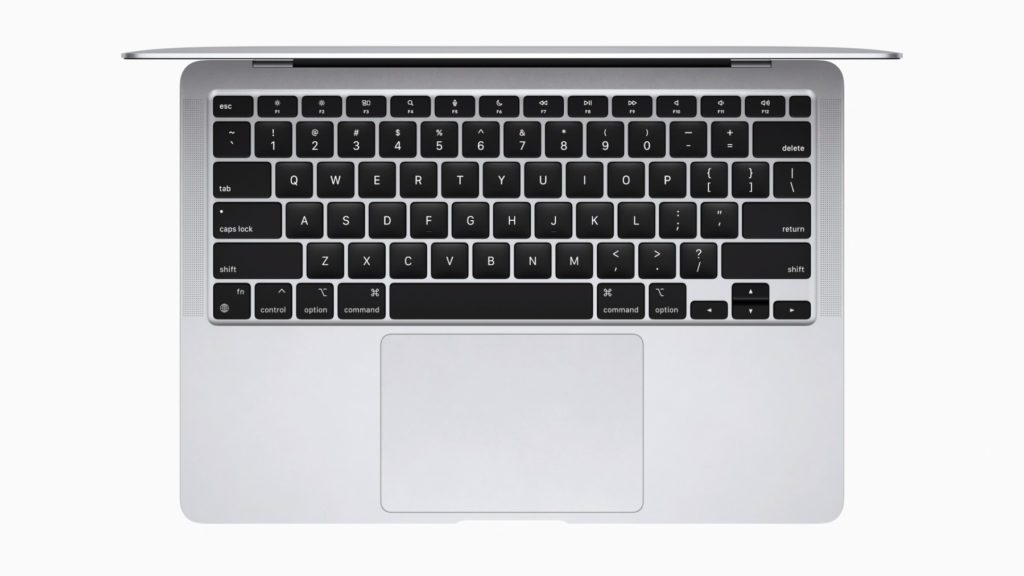 But it should deliver better performance and that with a new extra-long battery life. Up to 15 hours of web browsing or up to 18 hours of videos are possible with one battery charge. The new MacBook Air with M1 chip can be ordered from today for upwards of 1.100,50 euros. delivery of laptop, USB-C cable and power supply is already next week. The device starts at $999 in the US and $899 for educational purposes. The SSD memory in the mobile computer should be up to 2 times faster. The FaceTime camera has been improved to deliver more sharpness and detail with less grain - even in low light. 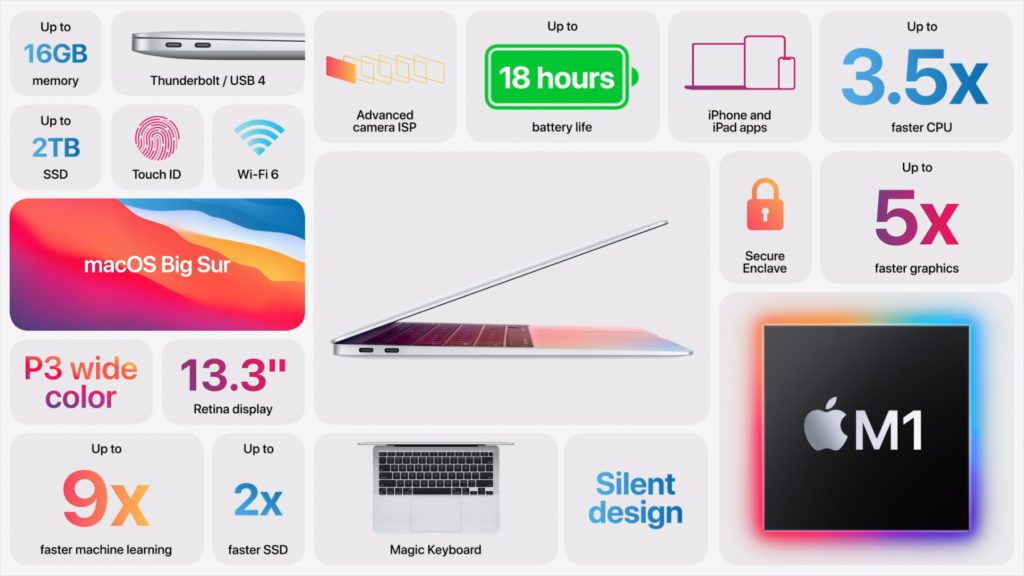 Surprisingly, there was no new Mac or a new iMac, but a new Mac mini with an M1 chip from Apple as a desktop computer. This was introduced by Julie Broms from the hardware department. Depending on the configuration, the new Mac mini has up to 3 times faster CPU and up to 6 times faster graphics performance. The energy efficiency has been increased by up to 60%. The compact desktop computer with support for 6K monitors can be ordered from today with up to 16 GB of RAM and up to 2 TB of SSD storage. 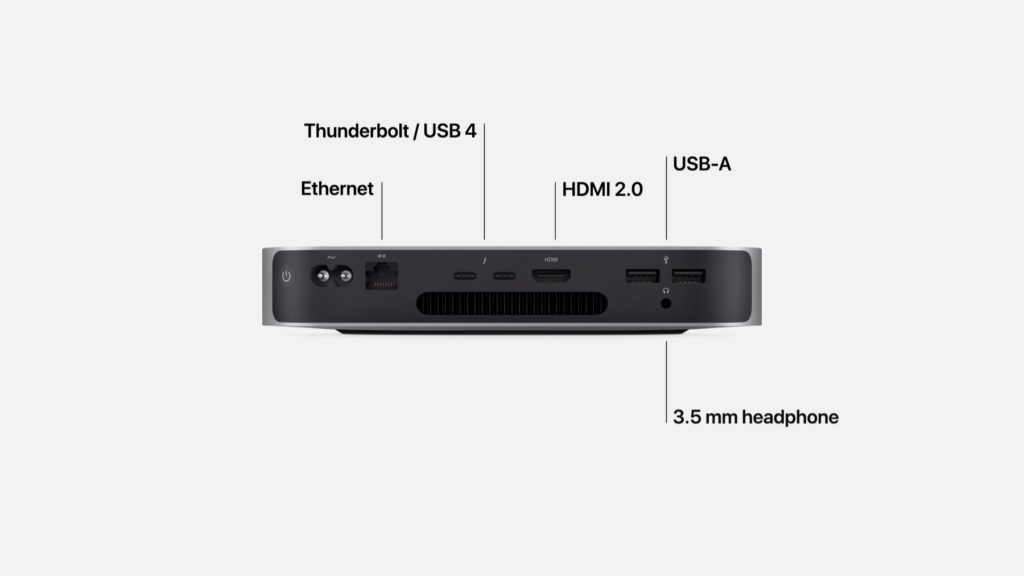 The two USB-C ports not only support Thunderbolt, but also USB 4. The computer also has Wi-Fi 6 and a fan for active cooling. Apps should run smoothly under load. Here, too, a comparison was made with Windows machines. Compared to a top seller PC in the same price range (in the USA from $ 699), it offers up to 15 times better performance. The new Mac mini is available for pre-order starting today; in this country from 778,85 euros in the smallest configuration (8 GB RAM, 256 GB SSD). 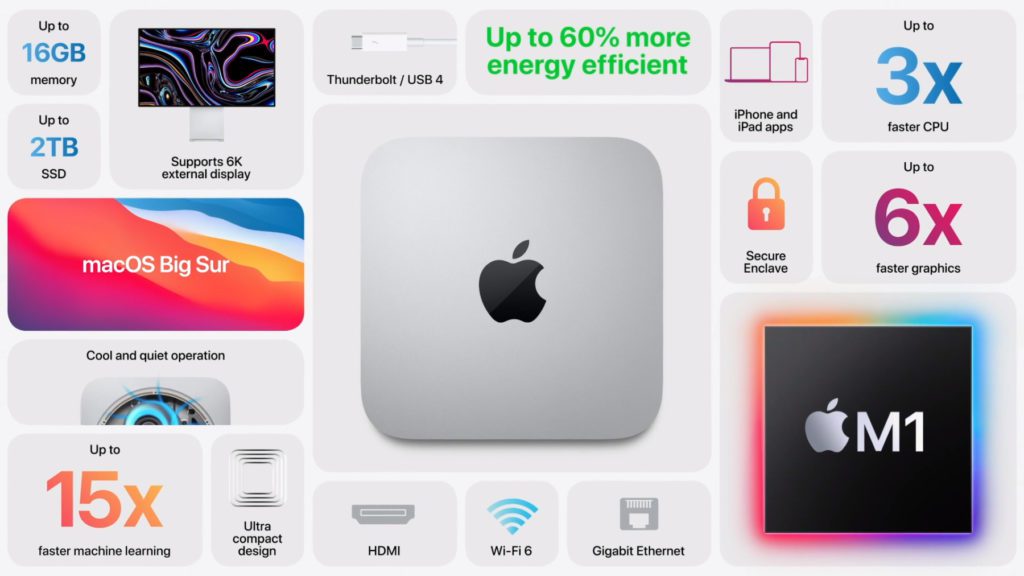 The last computer model for the evening was the new MacBook Pro, which, like the new MacBook Air, also has a 13-inch display, but active cooling. With the even higher performance here, the cooling of the mobile Apple computer is necessary. It was presented by Shruti Haldea, also Mac Product Line Manager at Apple, with up to 2,8 times better processor performance. The graphics should also be up to 5 times faster here. Compared to a Windows laptop in the same price range, Apple's new MacBook Pro is 3 times more powerful. 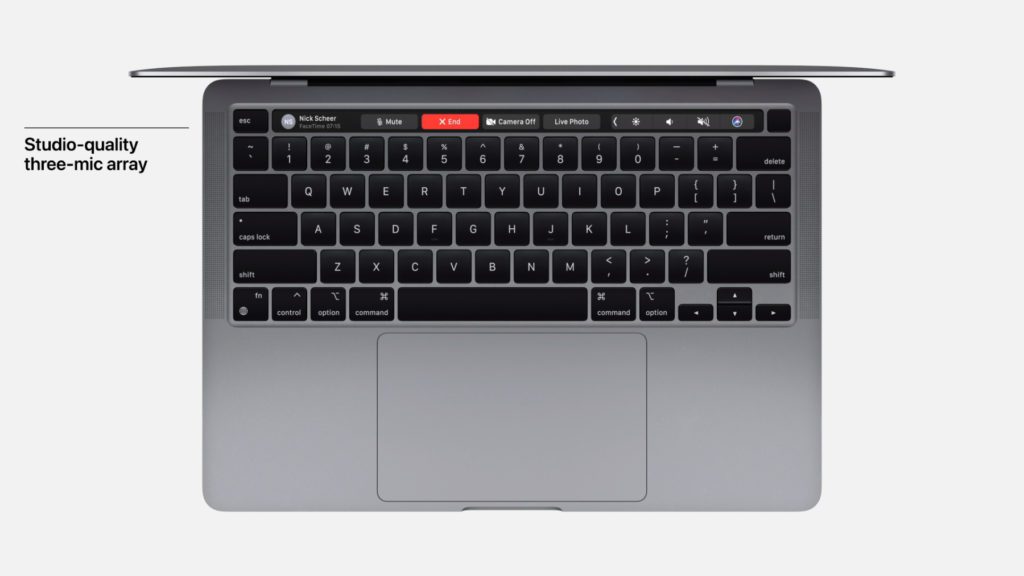 Machine learning is said to be up to 11 times faster in this laptop. The new MacBook Pro, which comes with a Touch Bar, also supports external monitors with a resolution of up to 6K. The battery life was stated with up to 17 hours of web or 20 hours of video usage. This is the longest battery life in a MacBook yet. In the US, it starts at $ 1299 or $ 1199 for educational purposes. In Germany you can order the device from today for a price of 1.412,45 euros or more. The delivery will also take place here from next week. 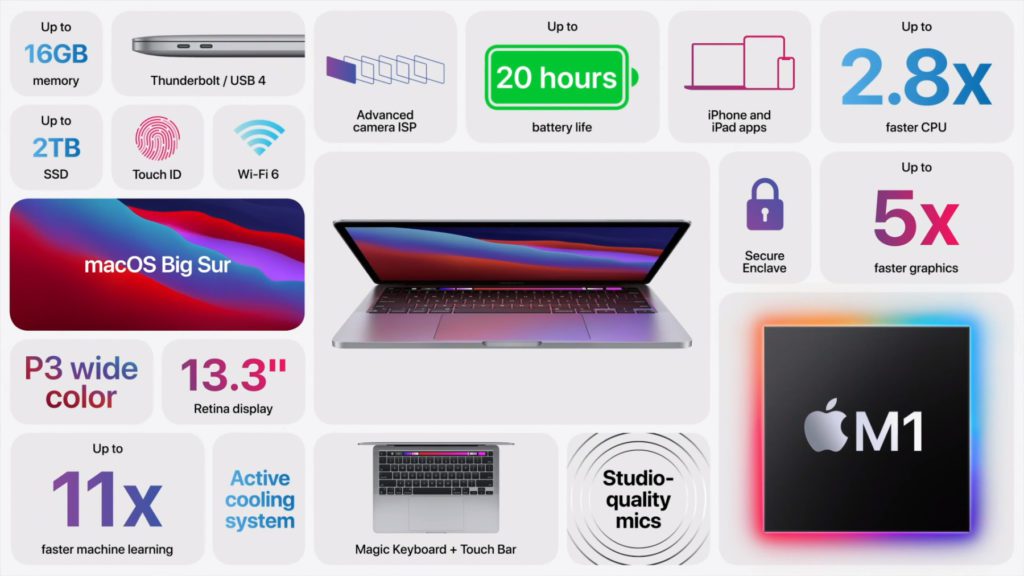 Graduation and another “I'm a PC” joke

The conclusion was again Tim Cook, who once again summarized the new range from Apple and pointed out further exciting news in 2021. That means that today's November event was probably the last Apple keynote for this year. And the constant comparison of the new computers with PCs with similar prices culminated in the end with the resumption of the "Get a Mac" advertising campaignwhich ran from 2006 to 2009. Again someone introduced himself as a PC and showed that speed and energy left a lot to be desired. A clear message from Apple;) 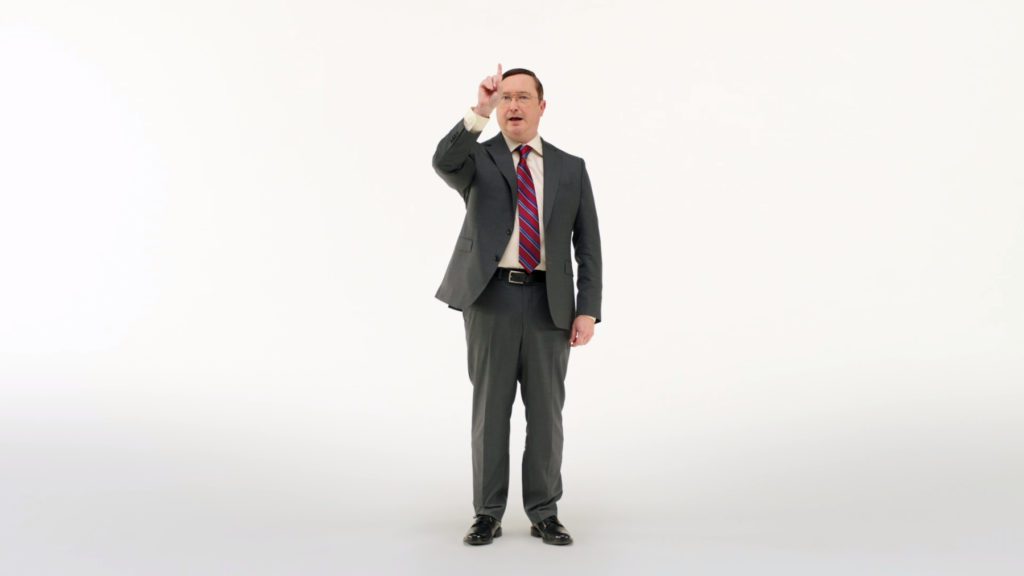 Apple November event “One more thing” as a video

You can find the 50-minute presentation as Video on YouTube as well as embedded in the following: