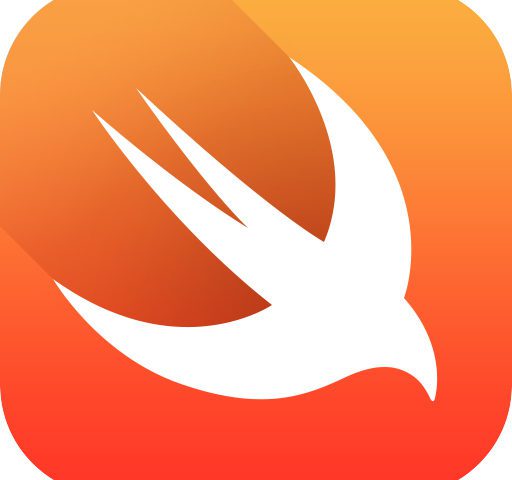 The Swift programming language introduced by Apple in 2014 has been around since WWDC 2016 available in the third version. who Learn Swift and program apps for iOS, macOS, watchOS, tvOS, Linux and the like yourself can do this in a number of ways. Next Tutorials on YouTube there is also relevant specialist literature with which you Learn Swift 3 can. There are even books for children to help them Learn to write programs for iPhone, iPad, Mac, MacBook and Co. can. Here I would like to introduce you to current publications.

First a note: the third version of the fast swift represents a new main version after the first. Due to the extensive changes, Swift 3 is no longer really compatible with Swift 1 and Swift 2. In order to use apps written with these programming languages, but also under iOS 10 and to make other new operating systems usable, there is one Guide to migrating the apps. In addition, the programming aid brings Xcode 8.0 a code migrator with. So if you started your own projects before iOS 10 and Swift 3, you should take a look.

But now we come to the promised books that I wanted to introduce to you. I would like to add a note to these: three of them have not yet appeared. But if you are interested in learning Swift 3, then I recommend that you pre-order the selected book. By pre-ordering at Amazon, you secure the cheapest price for the respective publication, which will be advertised until it is published. And before I really get to the individual books, I would like to point out that some of them will be sent on time before Christmas;)

Michael Kofler has already published about Swift 1 and Swift 2 in Rheinwerk Computing Verlag. Be Swift Book 2 is now "obsolete" after less than a year, but the updated version for Swift 28 has been announced for November 2016, 3. You can pre-order the 1.174-page tome at Amazon. You will be taught everything from classes, protocols and closures to Xcode and exampleApps to programming techniques and apps for the individual systems iOS, tvOS and macOS. An ideal Christmas present for anyone who wants to dive into the app world or switch from Objective-C.

Swift 3: The Comprehensive Practice Book. Develop apps for iOS, macOS and Apple TV. Ideal for those switching from Objective-C
The perfect start in Apple's new Swift programming language! Michael Kofler introduces you to syntax and object-oriented programming. Many small examples illustrate what certain language features are for and how they can be used appropriately.
49,90 EUR
Buy it at Amazon Price includes VAT, plus shipping costs (updated: 18.10.2022 at 02: 35 clock)

Swift for programming beginners who want to program apps from 2017

The book “Apps programming and Swift”, which was created by Jörg Brunsmann and Dominik Hauser, is also published by Rheinwerk Computing Verlag. Since it will only appear on December 27th, it is unfortunately not a good Christmas present, even with Amazon Prime ... The 400-page book can then introduce you to Swift 2017 efficiently from 3 onwards. It comes with step-by-step instructions, the basics of the Swift programming language and the Xcode program, as well as explanations about the Apple Watch. Hobby programmers should be happy with this book.

Programming apps with Swift: Ideal for programming beginners. Up to date on Swift 3
Dominik Hauser and Jörg Brunsmann show you step by step the way to your own app. You will get an insight into the architecture of the iPhone and iPad. All important topics are dealt with in an easily understandable way.
6,45 EUR
Buy it at Amazon Price includes VAT, plus shipping costs (updated: 18.10.2022 at 02: 35 clock)

Thomas Sillmann with specialist literature on Swift 3 for iOS

In his book “Developing apps for iOS 10 professionally: Writing clean code with Swift 3 and Objective-C”, Thomas Sillmann describes on 811 pages how you write apps for iOS 10, i.e. for iPhone, iPad and iPod. But apps for the Apple Watch are also discussed. Sillmann not only describes Swift 3, but also Objective-C. So, if you're looking to learn Swift to code apps that do mostly mobile well, this is the book. It will be published on December 5, 2016 by Carl Hanser Verlag and can therefore also be used as a Christmas present.

Develop apps for iOS 10 professionally: Write clean code with Swift 3 and Objective-C
Thomas Sillmann is a passionate author and app developer. (...) Since 2009 he has been developing apps for Apple's iOS mobile operating system. He is also enthusiastic about writing and has already published several short stories.
46,00 EUR
Buy it at Amazon Price includes VAT, plus shipping costs (updated: 18.10.2022 at 02: 35 clock)

In his book "Swift Easy - Volume 1 Basics: A Textbook for Programming for Children" Michael Tessin writes on 110 pages on the topics of Swift and programming apps. It's not even a tenth the size of Michael Kofler's book, but this is only the first volume. It was published on September 1 by the CreateSpace Independent Publishing Platform and is also available as a Kindle version. The good thing about this sequel: the following volumes will always be up to date and, if necessary, will also take up Swift 4 etc. if necessary.

Swift Made Easy - Volume 1 Fundamentals: A Programming Textbook for Children
Swift is Apple's new programming language. Since 2015 it has been a welcome alternative to Objective-C when it comes to programming apps in the Apple world (i.e. for the operating systems iOS, macOS, watchOS, tvOS).
Buy it at Amazon Price includes VAT, plus shipping costs (updated: 18.10.2022 at 02: 35 clock)

There are several ways to learn the Swift 3 programming language and start programming apps. Here I have shown you some printed works that take up the topic. Everything is included, from comprehensive works to programming aids for children. What do you choose? Feel free to leave a comment!