What are .aae files?

An AAE file is a type of file that records the edits made to images in Apple Photos on iPhone. It can be used to transfer the edited photo back and forth between different devices.

So if you want the photo to be preserved in its original form without losing any of its content or quality, then it works with the help of AAE files. These files are saved with your photos and are usually created by your iPhone or iPad.

AAE files are created by the Photos app in iOS 8 and later and macOS 10.10 and later to remember edits made with it so that your original images are not overwritten when they are edited.

When you open an edited JPG file that is linked to an AAE file, the former references the latter's data, which is saved in XML format - meaning that these files can be opened with text editors such as Apple TextEdit or Microsoft Notepad or can be viewed

Can I delete the AAE files on Windows?

The Photos app on Windows is great for editing pictures and adding special effects, but it doesn't always save your work as a JPG file by default. Instead - as described above - an AAE file is created that contains the original photo with all the changes you have made to it.

Windows doesn't automatically delete these files when you import them. So make sure to remove them if they are unwanted. In the meantime, however, all apps integrated in Windows 10 can open both formats (JPG and AAE) without any problems. 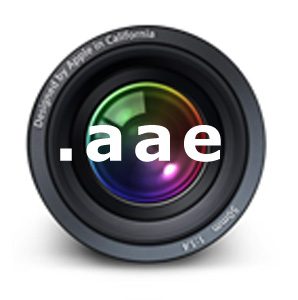 What are .aae files?

Files with the extension .aae are usually files that are created by the OS X / macOS or iOS / iPadOS operating systems on the Mac, iPhones or iPads. Basically, there are additional files that, in addition to the actual [...]
Do you like the post?0
51 read more