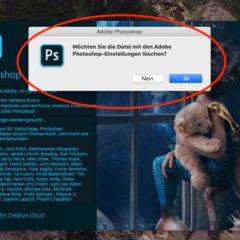 I've seen the beach ball less and less in the last two or three macOS versions. Nevertheless, there are some cases where programs hang up in such a way that you can't...

When Photoshop throws you the Spinning Beachball of Death ... Continue reading "