iOS tip: Take a screenshot on an iPhone or iPad 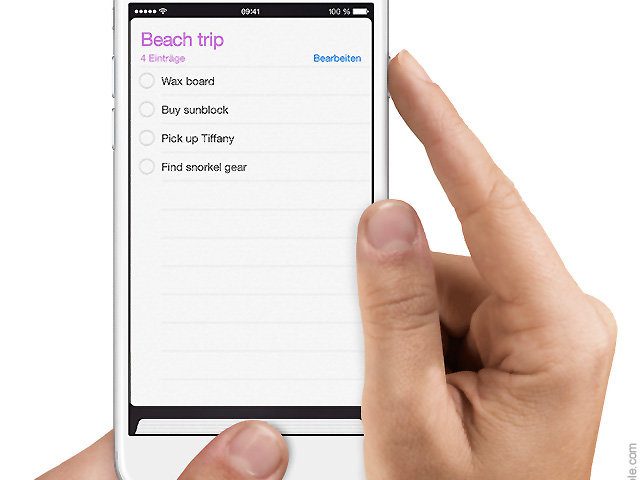 Create a screenshot on an iPhone, iPad or iPod Touch under iOS - it works with these instructions. Below is the prospect of screenshots under iOS 11 and the work around without a home button.

For a screenshot under iOS you need the standby button on the device used (up to iPhone 5 or 5s and 5c on top, from iPhone 6 on the side) and the home button. Once you have located this, proceed as follows to create and call up the screenshot:

macOS tip: Take a screenshot on the Apple Mac

Take and edit screenshots on iOS 11

Especially at iOS 11 for the iPad, but there are also some great innovations for the iPhone with regard to screenshots. So after taking a screenshot on iOS 11, a preview of the graphic will appear on the bottom left of the screen. These can now be touched to edit, ignore or wipe them away. Various pens and markers in different colors, shapes such as circles and arrows, a magnifying glass and more are available for editing screenshots on the iPad and iPhone under iOS 11.

In this post you will find a list of all the gestures that are important for operating the iPhone X, including the screenshot. Due to the missing home button on the iPhone X, this is triggered as follows: Briefly press the right side button and one of the volume buttons on the left at the same time. The screen should light up briefly here and since iOS 11 you have the screenshot at the bottom left of the display available for further use.

If the home button on your iOS device no longer works or if, for example, that iPhone 8 If you no longer have a physical home button, you can rely on the corresponding virtual button. With current devices you activate (among other things) the virtual replacement button by clicking in Settings the point General chooses, and then in it Accessibility as well as afterwards AssistiveTouch. It's even easier if you just tell Siri - the command is "Switch on AssistiveTouch". There is more about this and about the operating aid with 3D Touch here.