macOS tip: Take a screenshot on the Mac 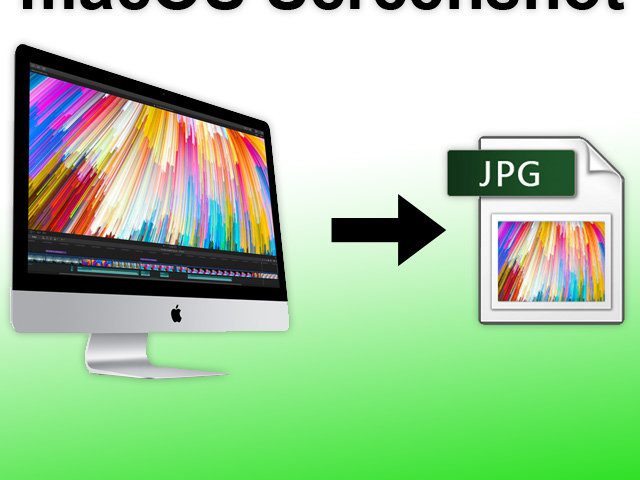 If you want to take a screenshot on the Apple Mac under macOS, there are various options and, above all, useful keyboard shortcuts. With macOS or OS X on Mac, iMac and MacBook (Pro) you can either save the entire screen, individual windows or an individual section as a screenshot or put it on the clipboard. And to round off the guide, I've packed a few professional tips for you - for example, to change the default storage location for screenshots.

Create a screenshot on the Apple Mac - it works with the following instructions and the keyboard shortcuts! Professional tips for screenshots under macOS and OS X included;)

Take a screenshot under macOS

Without further ado, I would like to show you an overview of the keyboard shortcuts with which you can take a screenshot on the Apple Mac. Please note, and this is a tip for beginners, that the CMD key (command or command key) means the one on which the symbol ⌘ may also be printed. Shift means the shift key with the symbol ⇧, and Ctrl is also called control (see the Ctrl key on Windows keyboards);)

Screen areas as an image or to the clipboard

The mouse is also used to create screenshots of screen sections. After the key combination shown, the cursor changes to a crosshair or camera symbol. And with this you can then select the area to be saved while holding the left click. With CMD + Shift + 4 you can also save menus from programs as screenshots. So you can also help friends and acquaintances well via email or messenger if you want to point out certain menu items in instructions;)

Change screenshot settings in the terminal

In the terminal you can change various standard settings for screenshots under macOS, for example to save new screenshots in a specific folder. You start the terminal before executing the commands in one of these three ways:

In normal operation, the windows in the Apple operating system macOS have shadows to make them stand out from the background. These shadows are also applied to screenshots. If you want to deactivate this, then use this command in the terminal: defaults write com.apple.Screencapture disable-shadow -bool TRUE; killAll SystemUIServer (The decisive factor is the section disable-shadow -bool TRUE)

You can then change the format (file extension, not the size) of screenshots in the terminal by entering this command: defaults write com.apple.ScreenCapture type JPG; killAll SystemUIServer (JPG is the format, can also be changed to PNG etc.)

Change the location for the screenshot

Now we come to the storage location, an important setting for the screenshot on the Mac. The command for the appointment is this: defaults write com.apple.Screencapture location / Users / username; killAll SystemUIServer

Do you still have questions about screenshots on the Apple Mac under macOS or OS X? Then I recommend you the appropriate support page from Apple. This has the identifier HT201361. There you will also find the important note that screenshots for some DVD players are not possible (or just see black instead of the video frame).