TeamViewer for iOS and macOS: Mirror iPhone to Mac for remote support 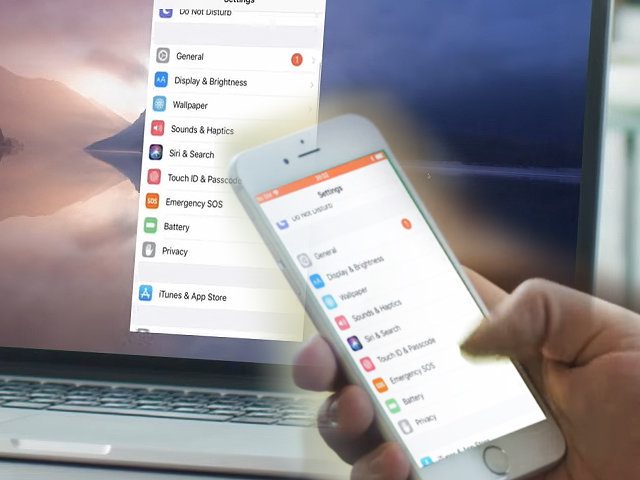 With iOS 11, it will work on the iPhone and iPad It may be possible to transmit the screen not only with Apple's own solutions, but also with third-party services - such as the Quick Support App from TeamViewer. The new option for iOS screen sharing will be available to all TeamViewer users from October 31, 2017. Here you can find out more about the app, the support options and the remote coupling of iPhone and Mac for so-called screen sharing.

TeamViewer will ensure under iOS 11 from October 31, 2017 on the iPhone and iPad that you can transfer the screen to a Mac via screen sharing.

With TeamViewer you have the option of viewing (transferring the screen) and accessing a computer with another computer. Of course, that doesn't just work, it has to be authorized. When coupling two PCs, Macs or controlling a Mac with the smartphone, a code must be transmitted and entered so that the transmission and control function. So the system is safe. With the QuickSupport function, which will be available for screen sharing on iOS for iPhone and iPad, you can now view the iPhone screen from your Mac. Or in short: TeamViewer will also work in the other direction from October 2017;)

In order for all of this to work, you of course need the TeamViewer app on the sending and receiving device. These are available for Windows and Linux PCs, for Apple Mac, iMac and MacBook, for Chrome OS, Android, iOS, as a Windows app for smartphones and as an application for the BlackBerry. Since this is an Apple blog, I want to keep the collection of download links small and above all specify the versions for macOS and iOS:

iOS display via screen sharing on the Mac: this is how it works!

If you want to use the new TeamViewer 12 and the app for iOS 11 for the transmission of the smartphone display, then you have to proceed as follows:

Transfer only, no control

TeamViewer is innovative and says that this is the world's first possibility to quickly and easily reproduce the display content of the iPhone on the Apple Mac. However, there is no indication that one can also “take the wheel”. So if you want to give family, friends, acquaintances and customers (or the readers of Sir-Apfelot.de) help, then you can't just type around a bit quickly and solve the problem, based on experience, but have to guide the iPhone user. At least you can see in real time whether the instructions are being followed correctly.