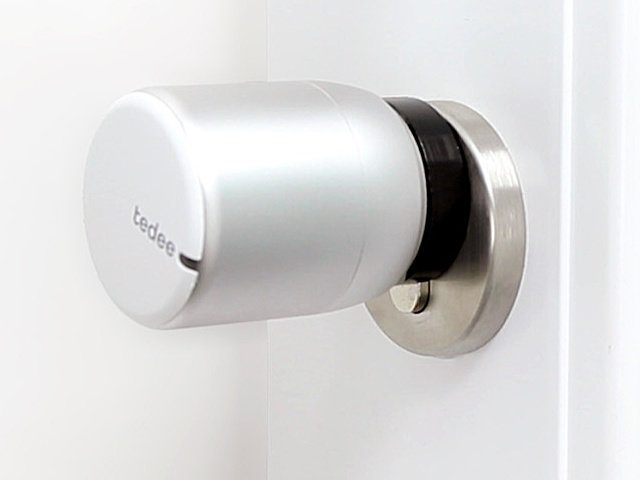 The manufacturer tedee is expanding the compatibility of its smart door lock through cooperation with lock cylinder manufacturers. In this way, users can individually equip themselves with the best security class for them. Access rights can then be assigned and withdrawn via the smartphone. In addition, your own smartphone naturally serves as a digital key. The manufacturers and brands of door lock cylinders with which the tedee door lock is now compatible are: EVVA, ISEO, DOM, DormaKaba, KESO (model 8000) and ABUS (models Bravus 2500 MX, Pfaffenhain Z14, K82). Compatibility with other brands (e.g. BKS) is already being planned.

The manufacturer tedee is expanding the compatibility of its smart door lock. You can now use the Smart Lock with locks from EVVA, ISEO, DOM, DormaKaba, KESO and ABUS.

A Smart Lock, i.e. a digital door lock, only protects as well as the cylinder used for it. That is why tedee is now working with various providers of door lock cylinders across Germany for its smart door lock. "For this purpose, tedee has developed suitable shafts, which are built into the respective security cylinder by the specialist dealer and which enable the tedee door lock to be mounted and fixed on the inside of the door like a knob“, Says the official press release.

However, there is also the option for you to use the digital door lock if you do not have a compatible door lock and do not want to convert it. To do this, you need a key that is suitable for the lock, which is just cut off and connected to an adapter. So integrated into the lock cylinder and the tedee device, you can also transform the existing door lock into an intelligent element of your smart home. Further information, lock compatibilities and a dealer search are available on the official website.

How secure is a smart door lock actually?

The security of a smart door lock depends on several factors. So z. B. be given a physical security, so that such a lock cannot simply be drilled open. But digital security must also be taken into account, which is primarily an appeal to users - they must choose a strong password with at least 8 characters that is not just "12345678".

If you deal a little with the matter and pay attention to all factors that go into the general security of smart door locks, they are absolutely secure. If it becomes apparent to burglars that they are dealing with a (well-secured) Smart Lock, they could even be deterred by it. Besides she uses the model from Danalock, which the Stiftung Warentest describes as "defective" and can be cracked with a drill in a few minutes (tested 10/2020).