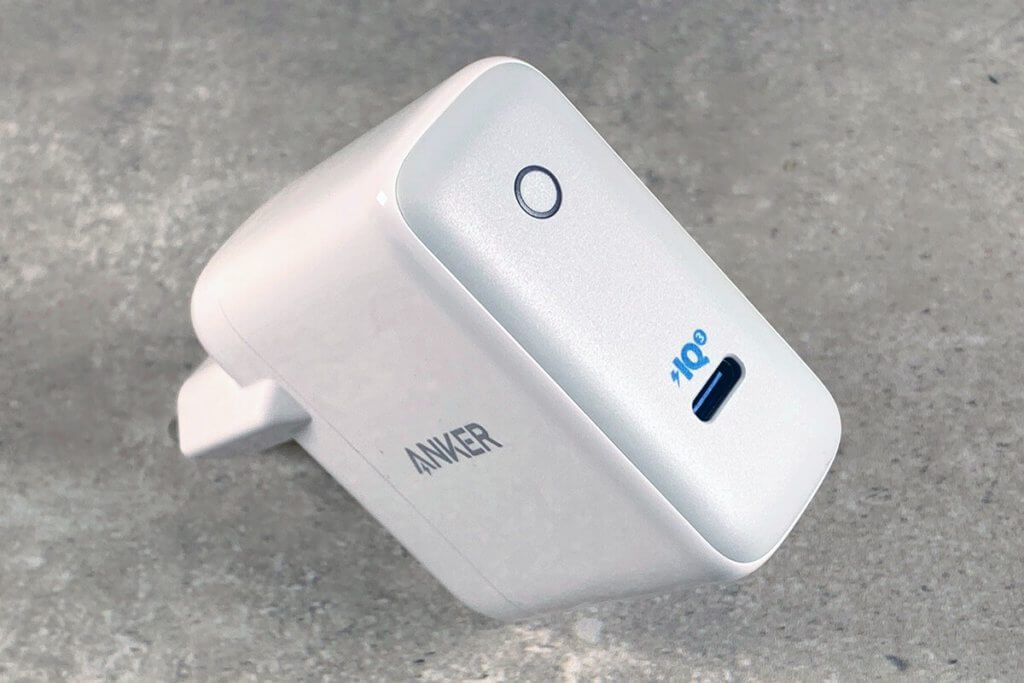 The Anker PowerPort III works with gallium nitrite instead of silicon. This makes it significantly smaller than other chargers.

In order to charge a MacBook Pro in sleep mode, 30W power supplies are usually sufficient, but during operation they usually just keep the MacBook Pro at the same battery level. The battery is rarely charged.

On the left the Apple power supply for the MacBook Pro and on the right the Anker PowerPort III - a clear difference in size.

My "measurement setup" for the test

In order to sprinkle in a few values ​​from practice, I discharged my MacBook Pro 15 inch from 2017 to such an extent that the battery level was below 40%. The internal display, an external monitor and a 2,5-inch hard drive on the MacBook Pro ran during the measurements.

In order to ensure the mathematical utilization of the capacity, I left Geekbench 5 run while I took the measurements. I think this simulated a load that would otherwise probably only occur through 3D renderings, audio or video renderings and the like. 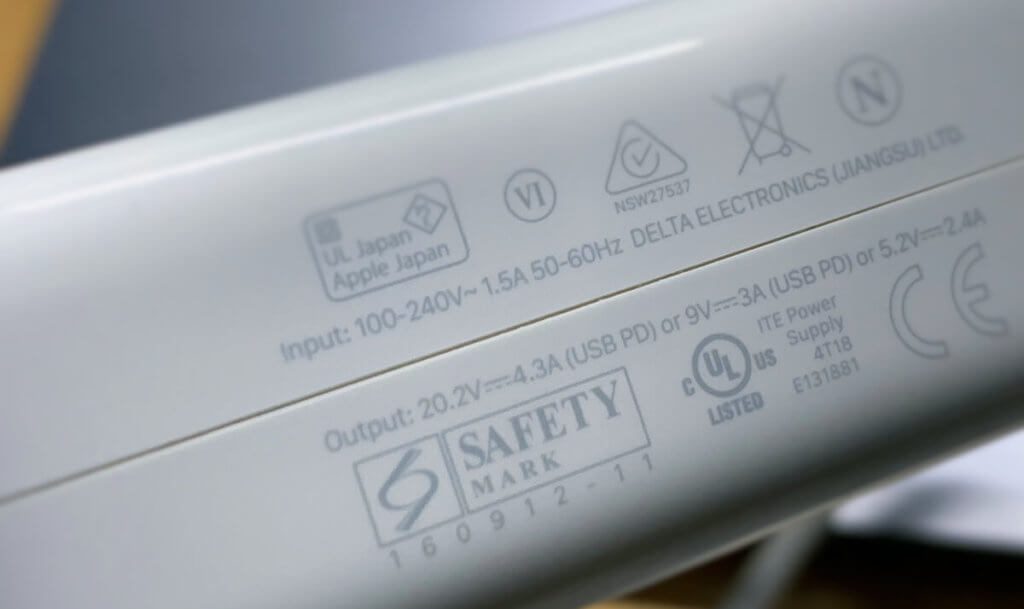 The imprint on the power supply shows that it is an 20 watt device with 4,3 volts and 86 watts. That is significantly more than my MacBook Pro actually needs in practice - even under load (Photos: Sir Apfelot).

According to the label, my Apple USB-C power supply has 86 watts (20 V at 4,3 A). But there are also models with 85 or 87 watts. However, this is irrelevant for the measurements.

I measured with one Satechi USB-C testerthat indicates with voltage and current. I then wrote down the highest values ​​that were reached for several seconds.

My attempt to push the power supply to its limits with a USB load resistor: at 5 volts and approx. 3,5 amps, the resistor started to smell very funny. At that point I stopped the experiment.

Apple vs. Anker: Measurement results on the 15-inch MacBook Pro

The measurement results are as follows:

As you can see, both values ​​are very close, although the Anker PowerPort III "only" charges with 19,5 volts. But even the 55 watts are well below the 60 watts that the anchor power supply can deliver. The Apple USB-C power supply, on the other hand, is quite oversized. I really couldn't measure more than 55 watts at any time.

Small interim conclusion: Yes, the Anker PowerPort III is easily enough for all MacBook Pro models (even for the 15 inch versions).

To complete the matter, I took a few more measurements with my iPad Pro 10,5 inch and my iPhone XS. Both devices benefit from the USB Power Delivery support that the Anker PowerPort III has thanks to the PowerIQ3.0 charge control.

The Satechi USB multimeter was used to measure the charging current and voltage.

It is interesting that the Apple power supply negotiated only 8,9 volts of charging voltage with the iPad, while the Anker PowerPort III output 14,9 volts when charging via USB Power Delivery. How this difference arises is unclear to me, but as a result the iPad Pro charges on the anchor power supply with approx. 30% more power and thus 30% faster.

On the left you can see the 12W iPad power supply from Apple, on the right the Anker PowerPort III, which offers 5 times the power, but is only slightly larger.

There were no surprises when charging the iPhone XS. Here both charge via USB-PD with 8,9 volts and an output of approx. 12,5 watts. This is the often advertised performance that allows you to charge an iPhone from 30% to 0% in 50 minutes. 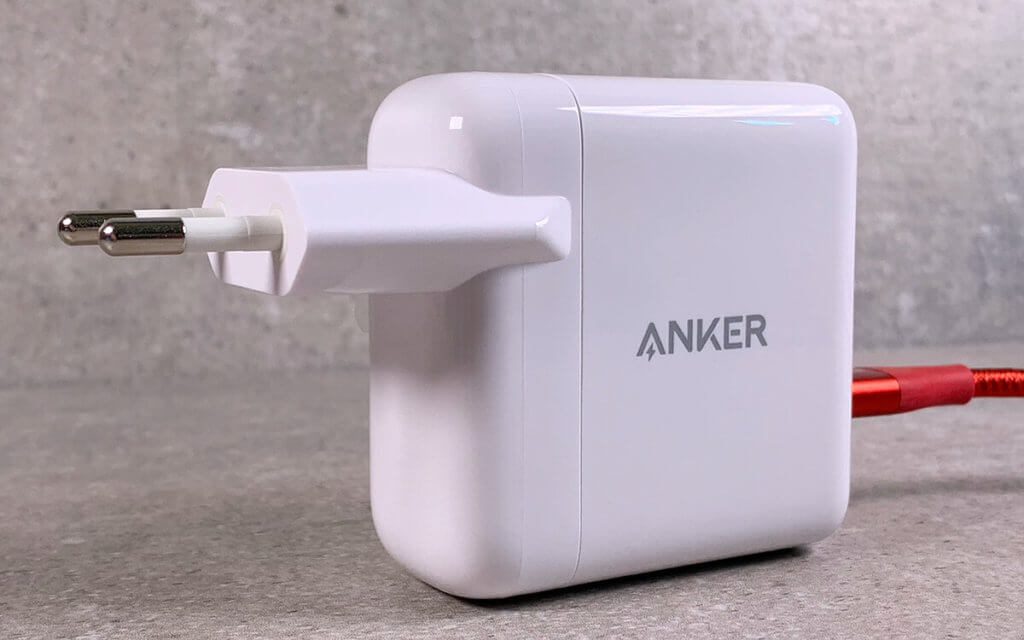 With the special (not included) USB-C to Lightning cable, the iPad and iPhone can be charged much faster if they support USB-PD (photos: Sir Apfelot).

My conclusion on the Anker PowerPort III

The realization of the power supply with gallium nitrite (GaN) allows Anker a design that is significantly smaller than the original Apple power supply that is usually included with the MacBook Pro models. In my opinion, the Anker USB-C power supply unit qualifies as the perfect travel power supply unit, as it weighs 140 grams and is not even half as heavy as its Apple counterpart.

In terms of performance, it is sufficient for all current MacBook Pro models and it also offers fast charging via USB Power Delivery, so that iPads and iPhones can also be recharged in no time. 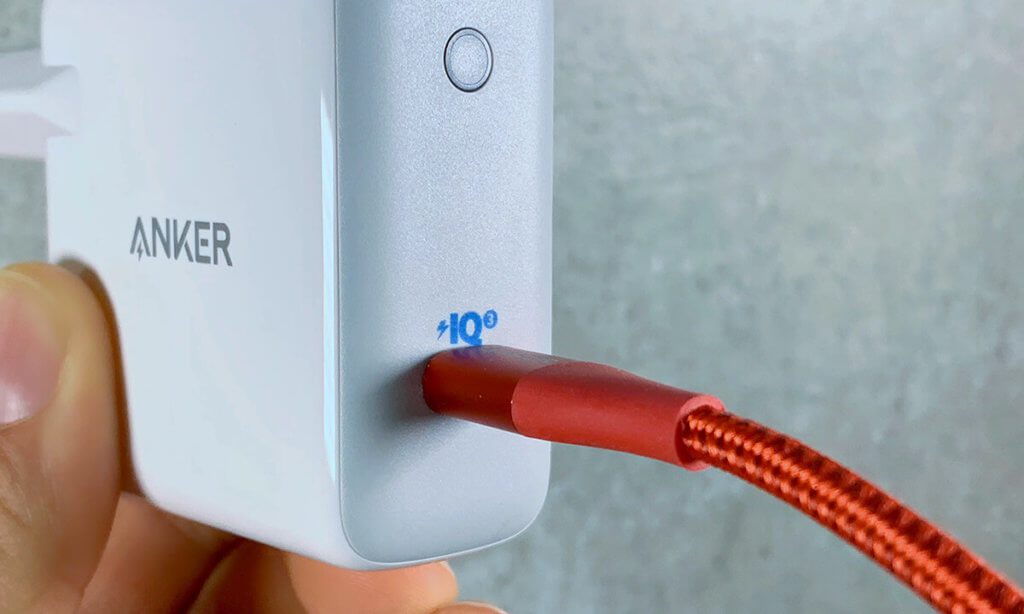 The PowerPort III also supports USB-PD through PowerIQ3.0, which can be used to charge iOS devices very quickly.

I found it particularly surprising that my iPad Pro even charges 30% faster than the original Apple power adapter for my MacBook Pro. Particularly noteworthy because the original iPad power supply only delivers 12 watts. In comparison, the Anker PowerPort III charges the iPad twice as fast.

In short: The USB-C power supply is actually superior to the original from Apple in all respects (including the price). The additional power that the Apple power supply offers is not necessary in everyday life because it is simply not used.

If you are interested in the power supply, you will find the Anker PowerPort III (60W) here on amazon or via this product box:

If you work with a MacBook (without Pro), you can my test report on the Anker PowerPort III mini (30W) read through. The device is even smaller and is easily sufficient for a 12 inch MacBook. Here is the product box for the PowerPort III mini:

A quick note about the negative Amazon rating. An iPhone user reports very long charging times, with the original Apple charging adapter that comes with the iPhones being only 10% slower.

My measurements show a completely different picture, because for me the iPhone charges with 12,5 watts through the USB Power Delivery while the normal Apple iPhone power supply unit only offers 5 watts. This means that the customer either has an older iPhone that does not support USB-PD or he has measured incorrectly. There would be no other explanation for the minimal difference of 10%.

Even PowerIQ3.0 and 60 watts of power do not help if the iPhone does not support USB Power Delivery.

My measurements show that the Anker PowerPort III charges iPhones with USB-PD more than twice as fast as the USB power supply unit that is usually included with the iPhones. Only the latest iPhone 11 Pro models already have a USB-C power supply in the pack, which should achieve similar values ​​when charging.

I recently published a photo on Instagram and asked for tips on what the motif might be. Now I can resolve it: It's a close-up of the status light on my Anker PowerPort III: 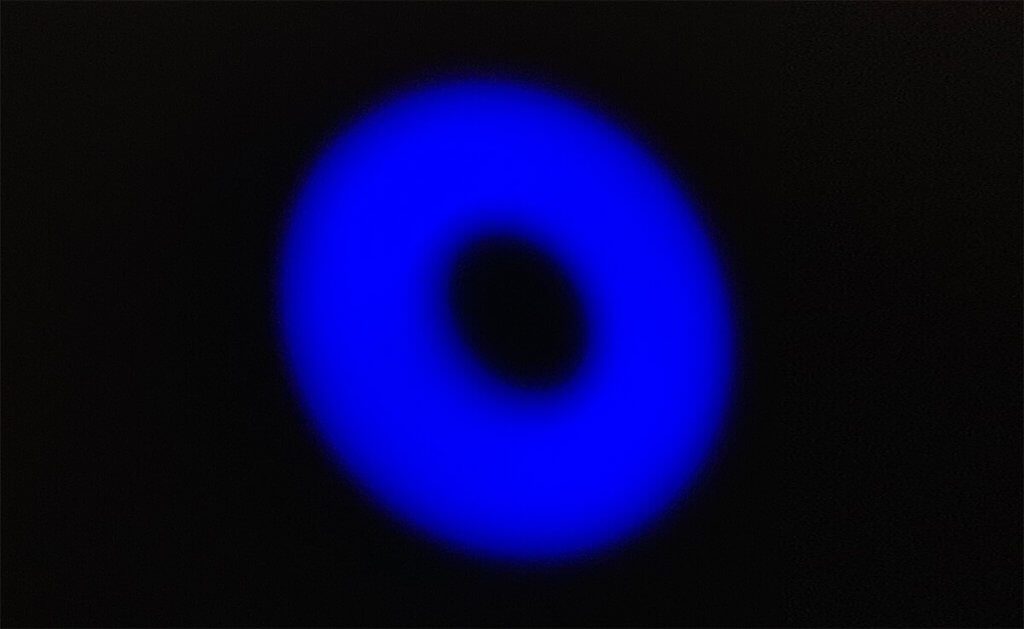 A blue, radioactive donut? No, it is only the light ring on the PowerPort III that indicates that the device is receiving power.