Test: Does a USB 3 hub slow down an external USB 3 hard drive?

Today I have a new tool for benchmarking hard drives (AJA System Test 2.1) found and made a little test with it. I was interested in whether it is a disadvantage - in terms of the transfer speed of the hard drive - if I connect my external USB 3 hard drive to mine USB 3 hub instead of plugging it directly into the USB port on my MacBook Pro.

The test runs with the AJA program in such a way that the program writes and reads 4 GB of data (the size can be selected) on the hard disk. During this time, the data rate is measured and recorded in a graphic. The average value for reading and writing speed is also determined and displayed. 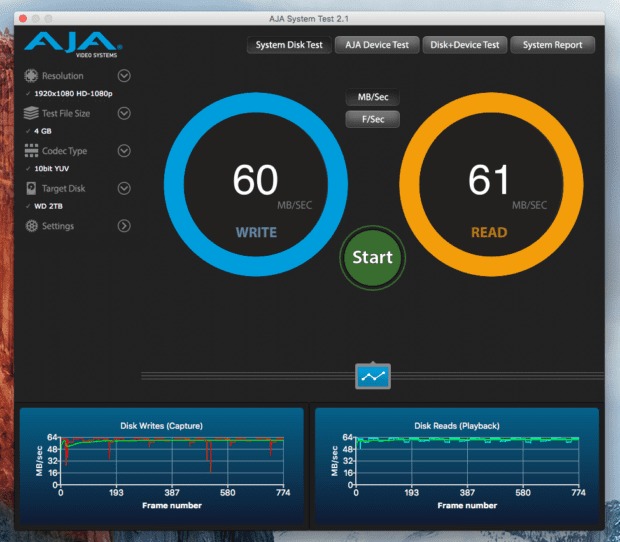 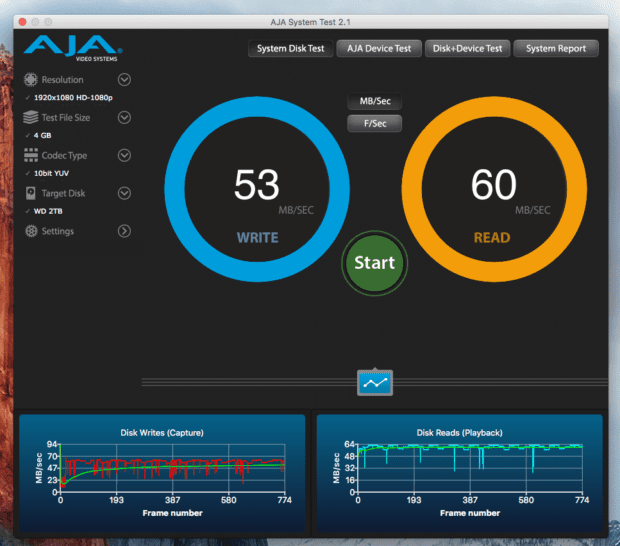 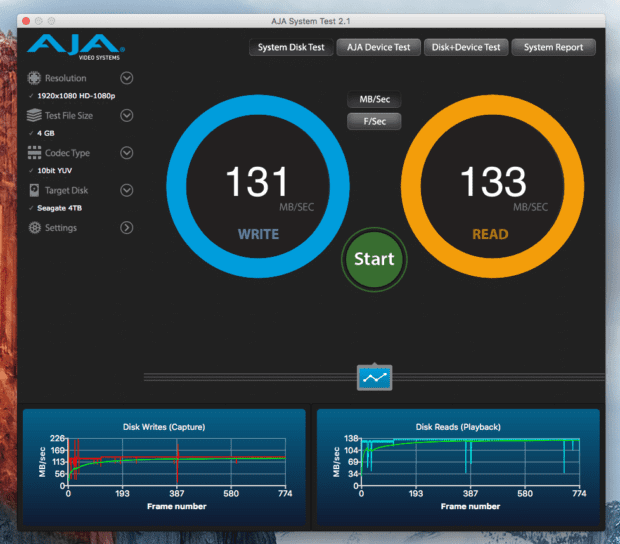 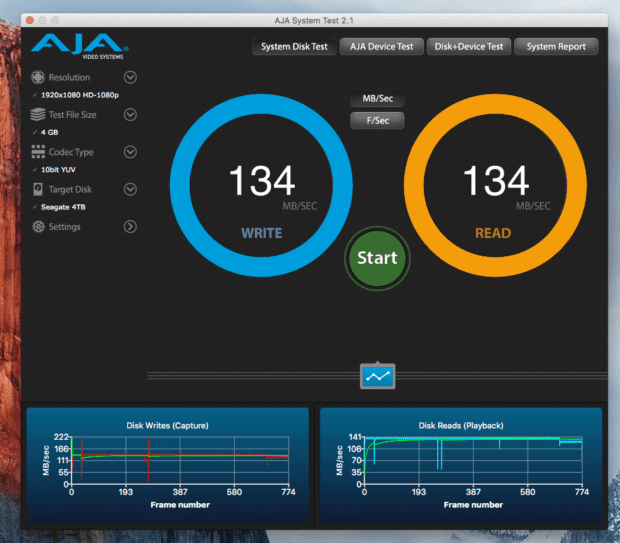 Note: Of course, the screenshots only show the average values ​​from one test. Often these vary by 5 to 10 Mbytes per second, so that no significant difference can be seen when comparing "directly at the USB port" and "via the hub".

A difference between the "WD 2TB MyPassport" and the "Seagate Expansion Media" can be clearly seen on the other hand. The Seagate hard drive shovels the data back and forth with a good 70 MB / s more - whether on the Mac or on the hub. ;-)

In order to make the test a little more transparent, I would like to list the devices that I have used here:

That's how I tested

I connected both hard drives both directly to the MacBook Pro and via the Anker Hub and ran the test with AJA System Test. I took the measurements several times for each hard disk, since occasional dropouts caused the data rates of the hard disks to drop briefly. This can be seen clearly in the graphs. I assume that there may be parallel disk activity here Spotlight or other programs that have falsified the measurement results. However, the multiple measurements should compensate for this.

Here you can see drops in the data rate that were deliberately caused by opening large files on the hard drive while the "stress test" was running.

Test results: no difference in practice

If you compare the test results with each other and take into account the tolerances that influence the speed in everyday use through various programs and spotlight indexing or similar, then you can say that a USB 3 hub does not cause any noticeable (or measurable) losses.

Basically, the USB 3 port can theoretically manage 640 MByte / s. If you take this into account, you can see that the bottleneck is not the hub but rather the hard drive. Even my internal SSD in the MacBook Pro only achieves approx. 450 MB / s, so that even this would still be too slow for the hub or the USB 3 port.

However, good USB cables that are not damaged, well shielded and have clean contacts are important for good transfer rates. Even if it is doubted by many: gold-plated contacts are not only a good investment for hi-fi enthusiasts, they also help to establish stable connections between computer, hub and external hard drives.

I've read quite a few times that people thought their hard drive was defective because it suddenly only transfers at 10-20 Mbytes per second (instead of 130 Mbytes / s). After a long search for errors, the USB-3 cable was swapped for another one at some point and the disk was running at normal speed again. ;)