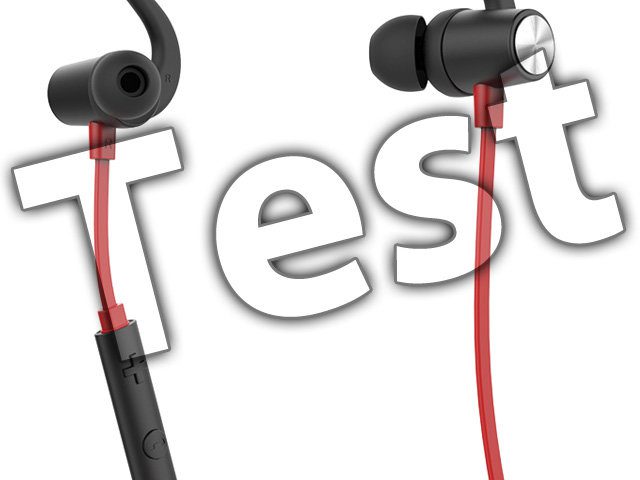 The manufacturer dodocool is not yet a big name among technology providers, but after testing the DA109 wireless Bluetooth headphones with magnetic back, I am sure that this will change. Because these headphones, marketed as sports headphones with in-ear construction and noise isolation, are of very good quality, offer a wonderful sound and rich bass. After a few weeks of testing, I would now like to give you a report on the dodocool DA109 headphones.

The dodocool DA109 Bluetooth headphones in the test. You can read here how the sports headphones performed.

You can easily order the DA109 sports headphones from dodocool from Amazon and use them yourself after a short time. The earplugs and holders for the auricle are ideal for all ear sizes and shapes - both in sizes S, M and L are included in the scope of delivery. I also find the magnetic backs of the earplugs very practical. If you take the in-ears out of your ears on the go, you can put them together safely so that they don't slip off your neck. Headphones, plugs, auricle clip, USB charging cable and operating instructions are delivered in a practical and sturdy case. 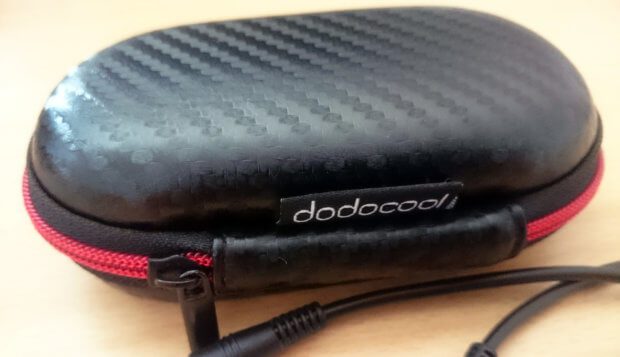 A stable and attractive case protects your new headphones not only during delivery, but also when you transport / store them.

The dodocool DA109 Bluetooth headphones with aptX HD radio transmission are available from Amazon; You can also order them there via Amazon Prime so that they will be with you the next day. The good price-performance ratio, the wonderful sound, the wearing comfort, the running time and, last but not least, the look have convinced me personally. At this point I give you a clear buy recommendation!

But now we come to the test of the dodocool DA109 Bluetooth headphones. After unpacking and charging, I had to get used to the headphones because I rarely use in-ears. However, the getting used to it was very short and soon I didn't want to do without the headphones anymore. When I went shopping, rode the bus or train, or went for a run, they were always with me. Due to its structure and the rich sound, you can hardly hear anything except music; and the surroundings are only subdued. So be careful: you should not use these headphones in traffic - neither as a cyclist, as a car driver or as a pedestrian! 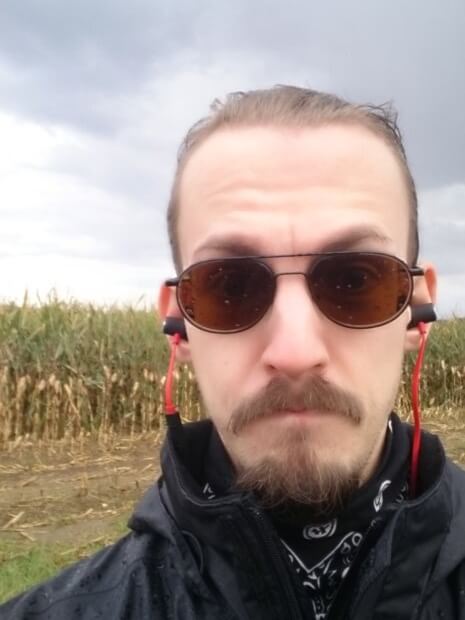 Outdoor test: The dodocool DA109 inhibit ambient noise so that you can concentrate completely on the music / audio book / podcast. (Luckily there was no tractor on the dirt road: D)

By the way, you don't have to worry about pairing with your audio sources. During my test, the pairing of smartphone and headphones always worked right away and there were no dropouts. When pairing for the first time, you have to leave the headphones off and then press the multifunction button until you hear "Connecting"; not only the "power on";) The connection also lasts over a greater distance (up to approx. 10 meters), so that you can leave your smartphone, iPod or the like in one place while exercising at home or in the gym and still do some exercise . Incidentally, Bluetooth 4.1 is used as the transmission technology. 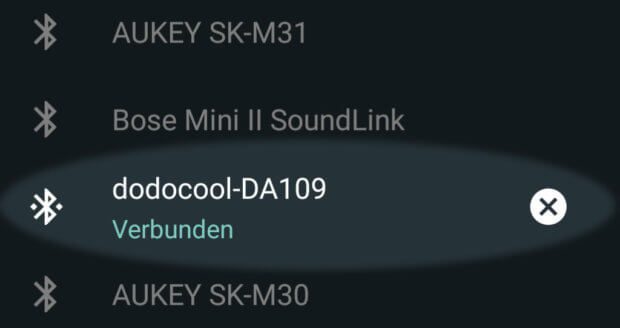 For pairing, press the multifunction button for several seconds. Once the sports headphones are paired with a device, they are automatically connected after being switched off and on.

In the test: audio

I am completely convinced of the audio quality. At a price of just under 25 euros, you can't expect more - but you don't have to. Because no matter if pop, rock, metal or hip hop ... the sound has always convinced me. Depending on the source (iPhone, iPad, Android device, Mac, PC, iPod or MP3 player) you can also make adjustments using the equalizer, if necessary. I didn't think it was necessary, not even with regard to the bass. This was and is full and with corresponding tracks also massive. Regardless of whether it's “Splash” by Bilderbuch, “Hengstin” by Jennifer Rostock or “Dragula” by Rob Zombie - I enjoyed it with the dodocool DA109 headphones. It almost didn't matter whether the source was hard drive, Spotify, YouTube or something else. 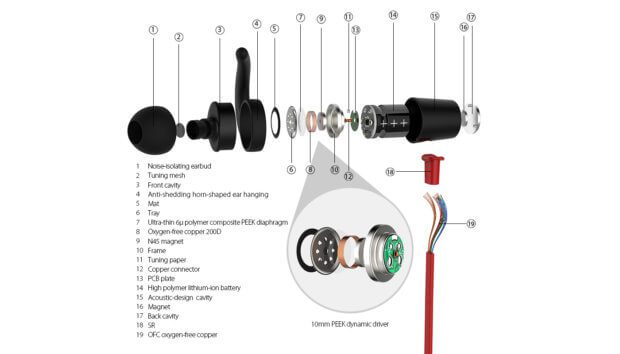 The structure of the dodocool headphones, which ensures the super-good sound. In addition to the audio quality, I am also impressed by the magnets that can be plugged together. Image: dodocool.com (click to enlarge)

In the test: multifunction button

In addition to the good audio quality, I would also like to emphasize the operation of the headphones via the three buttons on the cable. Two of them are the volume up and down buttons, with which you can also change the track (forwards and backwards) with a longer press. The third button is the multifunction button. After a short period of familiarization, you can use them efficiently for various functions:

In the test, all functions of the dodocool DA109 Bluetooth headphones worked wonderfully. Basically, you can't go wrong either. There is a big difference between the length of time you have to press for voice control and the length of time you switch off the headphones. With a little practice, you can quickly figure out how to control calls, voice assistance and music using just this button, so that you can leave the smartphone in your pocket.

If you don't turn off the headphones, don't worry: according to the manufacturer, they have a standby time of 360 hours. I didn't test it because it's been a long time that I would have forgotten the headphones and left them somewhere ... more than 360 hours: D I can confirm the active runtime of around 8 hours. Depending on the volume and usage, you can even get there for more than 8 hours. So you are provided for the whole day - or several days if you only use a fraction of the time (training, jogging, commuting to work, etc.). By the way: when the headphones are switched on, a blue LED flashes. Thanks to this LED, you shouldn't be able to forget to turn it off.