In the test: LED color-changing ball bluetooth speaker - a feast for the eyes

This speaker falls out of line for several reasons. On the one hand, it can't be compared visually with any other (in any case, I haven't seen anyone with so many "glitter frills"). And on the other hand, it is one of the few speakers that look more impressive than acoustically! And yet he somehow managed that I would like to mention him as a recommendation here in the blog. : D 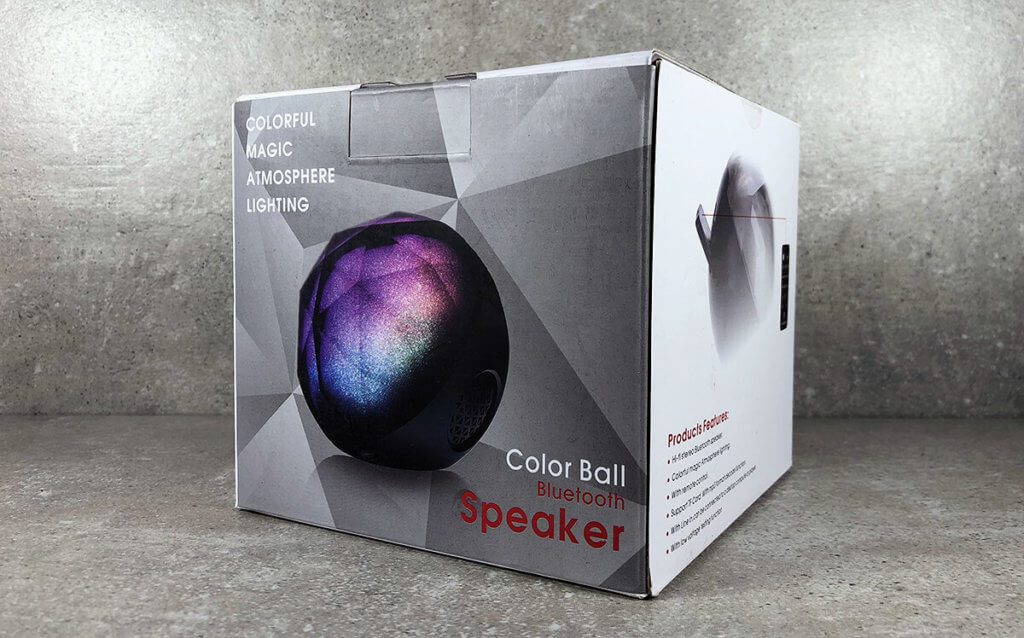 Color ball with music function would be the right name for this speaker (photos: Sir Apfelot).

I received a copy from the manufacturer to be raffled among my newsletter readers. If you want to participate, just carry yourself here in the newsletter and in one of the next issues you can win the beatbox ball with LED effects!
Sir Apfelot recommendation: Clean up your Mac hard drive with CleanMyMac

But let's start from the beginning. Let's start with the - somewhat poor - technical data. The manufacturer (and even here I can't find a name on the packaging!) Has unfortunately not put much of the technical details on its product page, but this is probably due to the fact that we are dealing with a very cheap device. It seems that most customers do not want to know many details about the technical specifications. ;-) 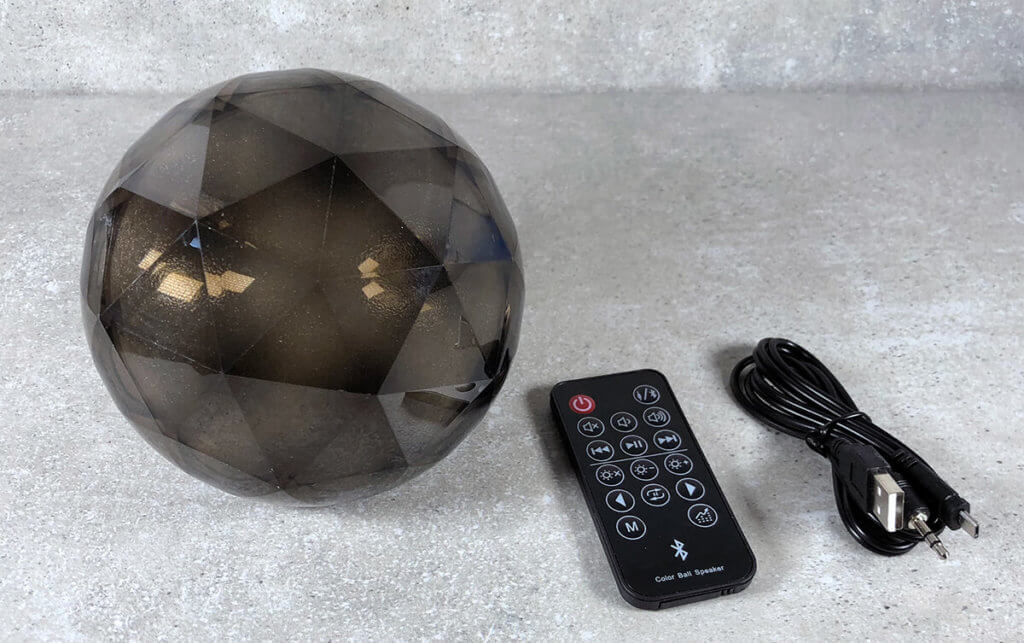 Loudspeaker, remote control and cable - these are included in the package. The instructions too, of course, but they weren't that photogenic. ;-)

In the package with the loudspeaker balls there is a special USB cable, which in addition to the usual USB plug also has a 3,5 mm jack cable and a special plug for the loudspeaker, which feeds both power and the audio signal into the device. Of course, this is only necessary if you are not using Bluetooth transmission. For example, if you have an old iPod, you can connect it to the LED miracle ball with the cable and charge the speaker at the same time via a USB power supply unit.

On the back of the spherical loudspeaker you will find the on / off switch, the socket for the USB charging cable and a slot for a memory card, which can also be used to send music to the box.

Also included is a small remote control that can be used to change the volume, pause and play music or jump back and forth a track. In addition to the music control, the remote control offers the possibility to control the lighting effects of the LED ball. I will explain which ones are available below. 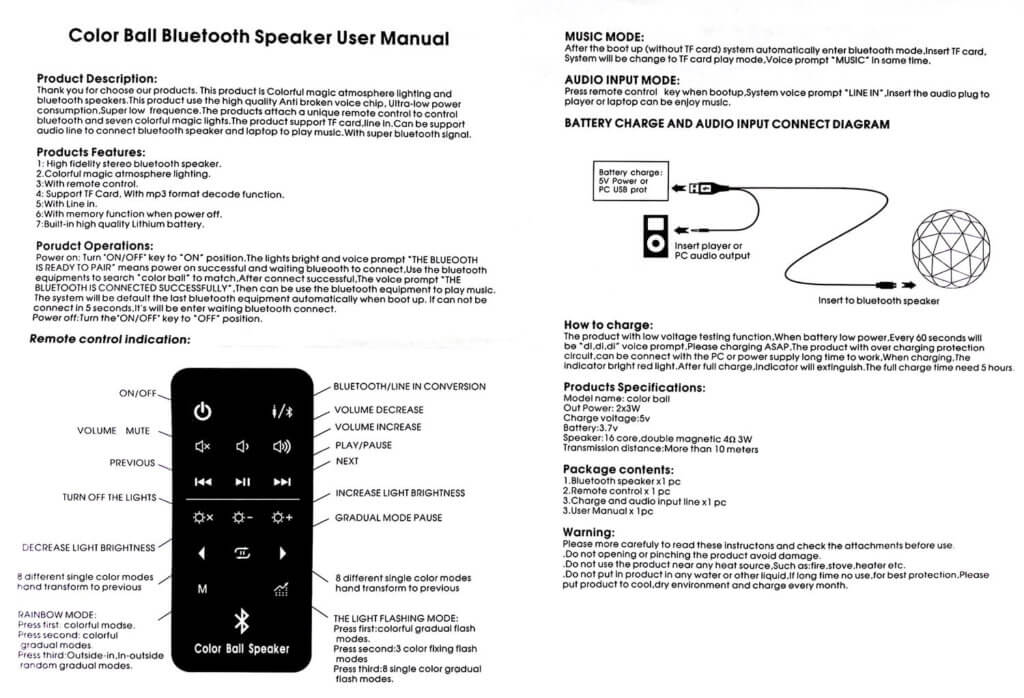 The English manual is particularly interesting for reading up on the functions of the individual buttons on the remote control.

After unpacking, you first have to remove a small plastic strip on the remote control, which prevents the battery from discharging before it is used for the first time. By pulling out the button cell gets contact and the remote control is switched on.

The speaker itself has a small slide switch on the back that you can use to turn it on. If it is in action for the first time, it waits in pairing mode for a Bluetooth device to want to pair with it. Once that's done, you can start playing music.

What is a bit annoying are the audio announcements that the loudspeaker makes after switching on and after pairing: "The Bluetooth device is ready for pairing ..." and so on. The strange pronunciation can certainly be accepted, but the enormous volume is a real point of criticism. And it is certainly no coincidence that both the pronunciation and the volume remember the children's headphonesthat I recently tested. Apparently the same electronics were installed here. : D 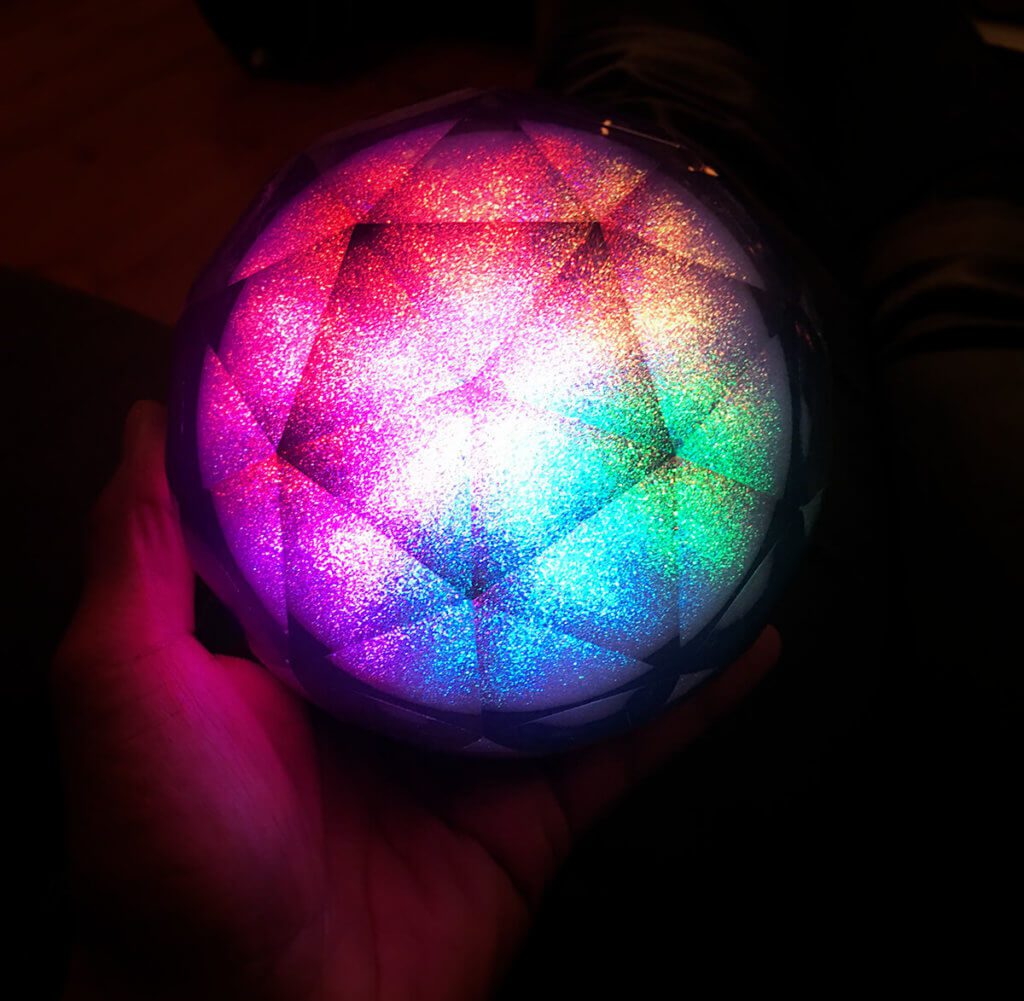 Here in my hand you can see the size of the sphere well. This is also my favorite light effect, which also changes slowly.

The design of the loudspeaker already shows where the focus was on development: LED color-changing lighting in various versions is the core competence of the Bluetooth box. And here hardly any other loudspeaker can hold a candle to it, because the glitter optics and the colorful change of color already offer a decent entertainment program.

The remote control also gives you the choice of changing the colors manually or using different color change programs. One thing should also be influenced by the music, but to be honest, I didn't see a big difference in the color representation here - no matter what music I played.

Personally, I particularly like the mode in which several colors light up at the same time in rainbow mode and smoothly merge into one another and change into other colors. Very nice mood lighting in the dark living room, children's room or bedroom. You can see what that looks like in the large photo above, in which I hold the loudspeaker in my hand.

As indicated above, the speaker is more for the eyes. The sound quality is not so bad that you couldn't listen to music or a podcast in the kitchen, or even provide the kids with a little children's music. But it is not a real feast for the ears either. I would say the audio quality is ok. Something between grade 2- and 3+. 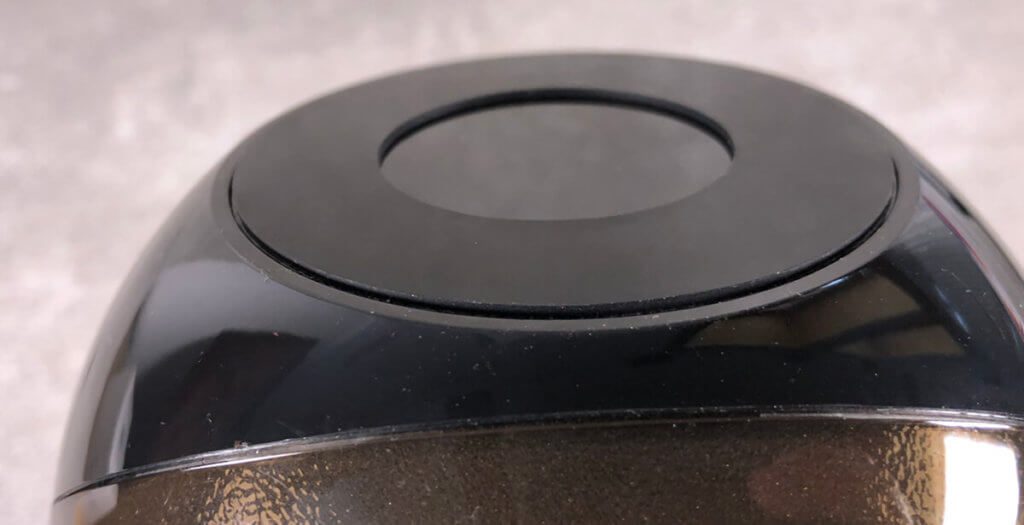 The underside of the LED ball loudspeaker is provided with a rubberized ring so that it can also be held on smooth surfaces.

Of course, anyone expecting the sound of a Bose SoundLink Mini will be disappointed. The reason for this is, among other things, the small space available for the speakers and the corresponding volume. 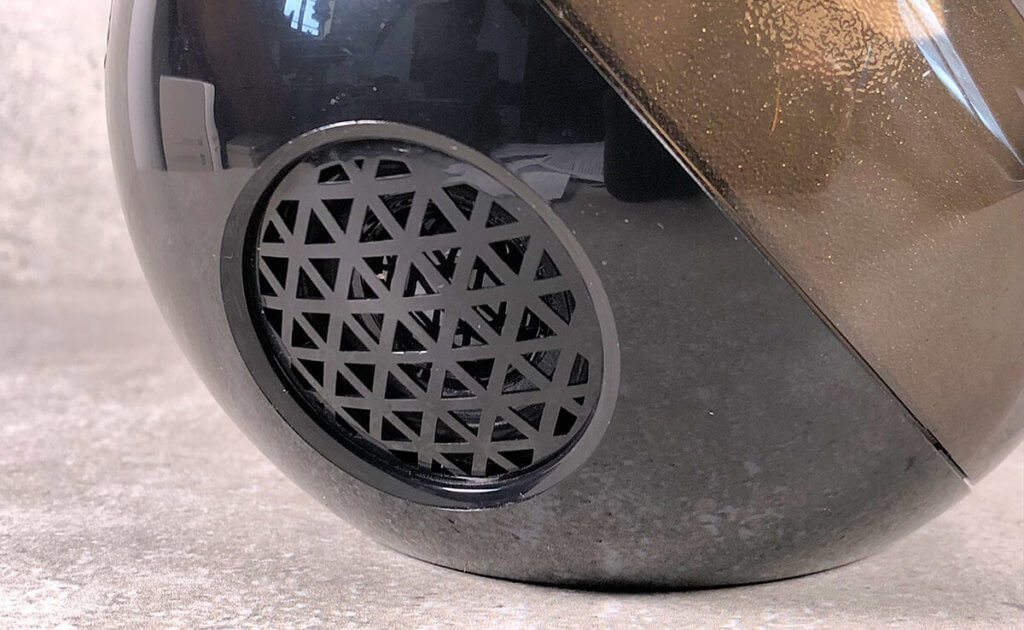 The small loudspeakers in the sphere cannot of course produce a huge bass.

Above all, a loudspeaker should deliver good music quality. If you were to go after that, this LED speaker ball would not necessarily be a recommendation. As already mentioned, the audio quality is rather mediocre - but not really bad either. In the price range of 30 to 50 euros, I would rather go up in terms of sound quality this one To fall back on. The audio announcements from the box are also a point that has to be accepted. Unfortunately, these are a bit too loud.

I assume, however, that customers who are interested in this LED color-changing sphere do not necessarily focus on the audio quality, but rather look for an optical eye-catcher with the possibility of music playback. And in this regard, the little miracle ball is a recommendation.

If you want to buy the small LED color-changing loudspeaker sphere, you will find it here on amazon:

Bluetooth speaker with LED color change
Sound reinforcement and LED mood light in one - with this Bluetooth speaker you get both together.
Buy it at Amazon Price includes VAT, plus shipping costs (updated: 27.06.2022 at 14: 00 clock)

Alternative with LED effect to match the music

Since the loudspeaker presented above unfortunately does not react correctly to the music, I wanted to link another model here that has a mode in which LEDs attached to the box light up the frequency spectrum of the music. That looks nice too, but it's less of a mood light: