In the test: the Lego handicraft protective cover for the iPhone 6

Recently I was given a special protective cover for testing: Das Lego Builder Case from Belkin, which in the version available to me for the iPhone 6 / 6s fits, but also as a cover for that iPhone 6 / 6s plus is available. It was immediately clear to me that this handicraft protective cover is definitely something for Lego freaks, because the Lego plate built into the cover makes it easy to integrate the iPhone into your Lego creations. 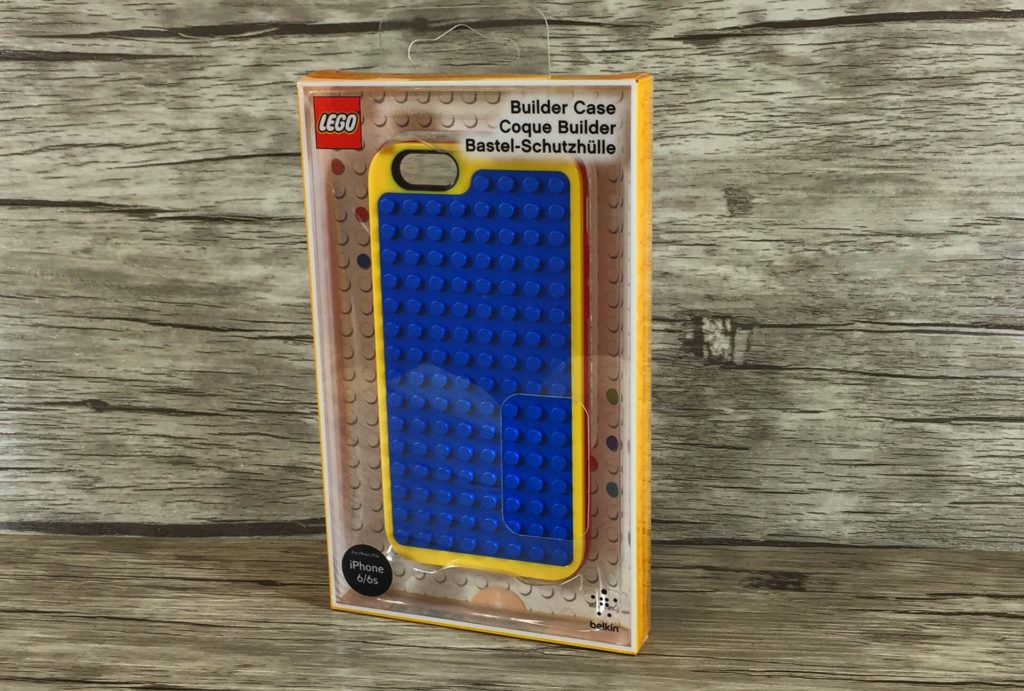 The Lego Builder Case from Belkin ... a "handicraft protective case" that is available in two sizes for the iPhone. Here the design in blue / yellow - there are also other color variations for the iPhone 5 (photos: Sir Apfelot).

If you like it subtle, you are definitely wrong with the Lego case from Belkin. :) The colors of the iPhone protective cover are all very crisp and go well with the colors of the Lego bricks. The blue plate with the typical Lego knobs is of course made of solid plastic so that the Lego bricks hold on well. The border, on the other hand, is made of a rubber-like material that is somewhat flexible and very easy to grip.

Here you can see the red buttons on the Lego iPhone case that functionally cover the controls on the side of the iPhone. The mute switch and the connections for headphones and charging plugs are left out (Photo: Sir Apfelot).

There is nothing wrong with the workmanship. The case looks very valuable and is also technically well thought out: There are cutouts for the camera, for the cable connections and the mute switch. The standby and volume buttons are easy to use thanks to inserted plastic parts (in the red frame), but they are covered. The only point of criticism is perhaps the thickness of the protective cover, which is due to the central Lego plate. If you were to save on material to make the cover thinner, you would endanger the main function of the craft cover: protection and fun.

I guess: If you are looking for an ultra-thin cover, you should rather use a silicone buffing cover. This one is for real Lego builders who like to have something more in hand - a Lego construction site case, so to speak!

Examples of the possibilities of the Lego iPhone case

Unfortunately, I didn't have a box with Lego bricks here, so I can't show you my own photos with things built, but luckily there are plenty of photos on the Internet. I have selected a few here that I find very successful:

Lego Builder Case examples: on the left a chic case design and on the right a fancy iPhone stand, which also contains parts made of Lego technology (Photos: Belkin). 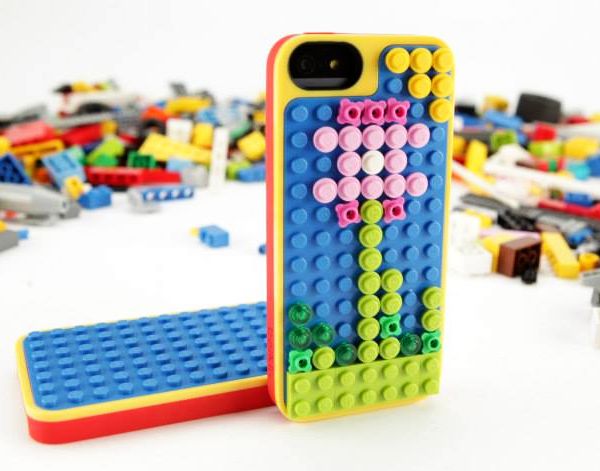 Another example of the Lego Builder Case (here still the iPhone 5 model): the thin Lego bricks mean that the case does not add too much and you can create new back designs almost every day (Photo: Belkin).

My conclusion on the Lego phone

I think the Lego case is perfect if you want to show that you are into Lego. The workmanship is solid and the knobs of the Lego plate are - legotypically - super-suitable, so that all works of art stick well on the cover. My children were thrilled when I showed them the Belkin Lego case, but unfortunately they also confiscated my iPhone. :(

The Amazon reviews of the case are all 5 stars (currently 16 ratings), so you can be sure that I'm not alone with my good rating. The tenor in the reviews is: "This case is a must for every Lego fan." ;-)

If you like the Belkin Lego case, you can get it in the Amazon shop. While the model for the iPhone 5 (linked below) is still available in different colors, Belkin only has the yellow-blue version for the iPhone 6/6 plus.

... and here is the link to the three colors for the iPhone 5 model (yellow-blue, pink-blue, black-blue).

PS: I am happy to give my test sample away to the first reader (or readers) who shares the link of the article on Facebook or Twitter and then posts it here as a comment. I will send the Lego case (attention, this only fits the iPhone 6 / 6s (no plus)!) To you by post. As soon as it's taken, I'll take the PS out of here. :-)