In the test: Magnetic battery case from hardwrk for wireless charging of the iPhone XS

The battery cover was kindly given to me by hardwrk made available. However, this did not affect my test report and the company did not receive the article for approval before it was published, but has to live with what I write. 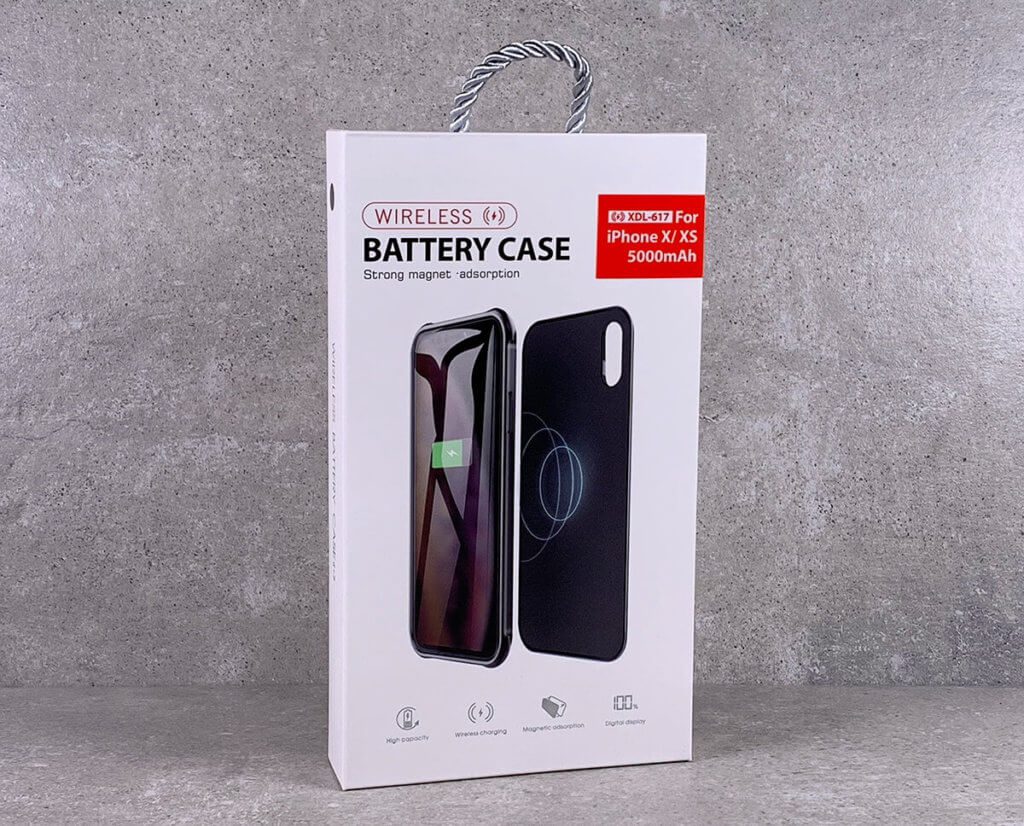 The Magnetic Battery Case from hardwrk works with Qi charging and is magnetically docked to the matching iPhone case (photos: Sir Apfelot).

Technical data of the battery cover 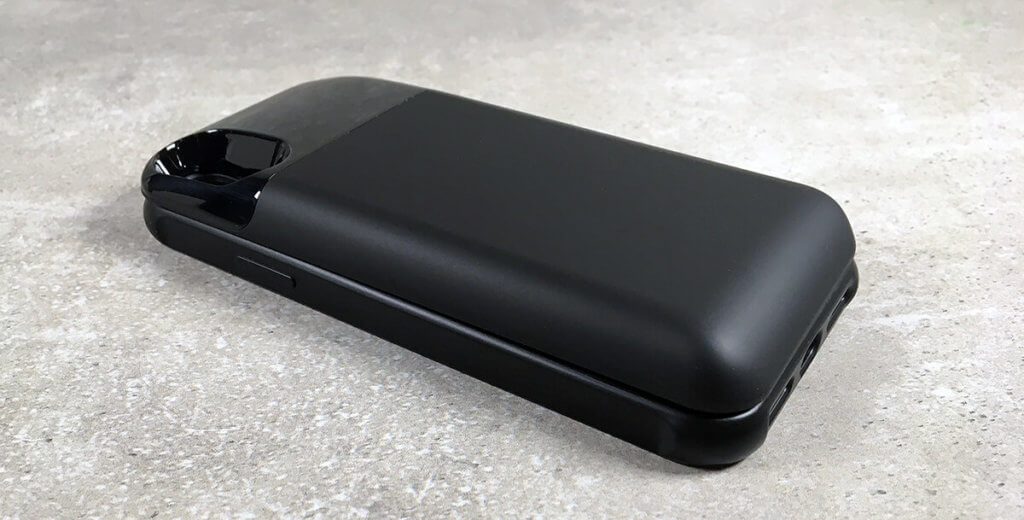 For a battery case, the hardwrk case looks amazingly good. Much better than the counterpart from Apple, which comes with a quasimodo hump and costs many times more than this battery case.

Design and processing of the case

There is little to complain about about the design. Both the case, in which you put the iPhone, and the battery part, which is magnetically attached to the case, are very neatly processed. Inside the case there is a kind of velvet that protects the iPhone from scratches. Some thin magnets are integrated in the case, which couple with those in the battery part and thus ensure automatic "centering". The case always fits perfectly on the battery pack and does not stick out to the side.

Contrary to what hardwrk said, I would say that magnets are also built into the case, otherwise the paper clip would hardly stay there. The magnetic areas can be an advantage if you already have a magnetic holder in the car.

The back of the battery pack has a piano lacquer finish in the upper third, which looks very classy, ​​but unfortunately also magically attracts fingerprints. But since I assume that such accessories will get a few quirks sooner or later, I don't really care about the fingerprints.

The two surfaces of the hardwrk battery case, which are magnetically coupled, are also coated with a soft, velvety material (I've read microfiber) so that they can be moved against each other without scratching in order to close the iPhone and the battery pack separate.

The adhesion of the magnets is so strong, by the way, that you cannot separate the two parts of the battery case from each other, even by shaking it vigorously. 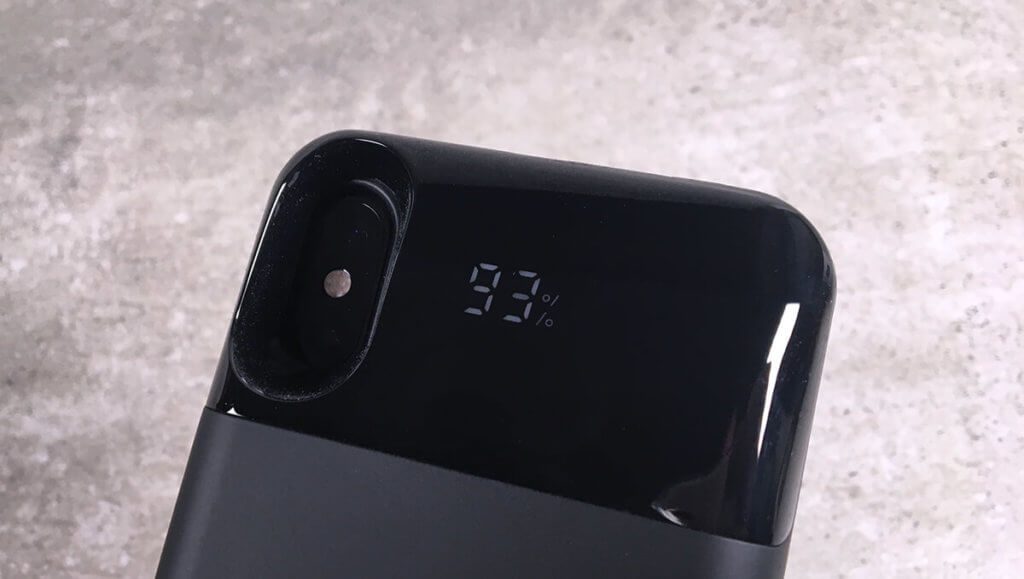 The LED segment display provides information about the battery status of the case while charging.

How the battery cover works technically is also well resolved. The case recognizes itself when it is connected to the iPhone and immediately starts charging. During the charging process, the LED segment display on the battery pack lights up permanently and discreetly shows the current charge level in percent.

This display can also be triggered by a small button on the top of the battery cover when you are not charging, but want to know what percentage of the battery still has to offer. 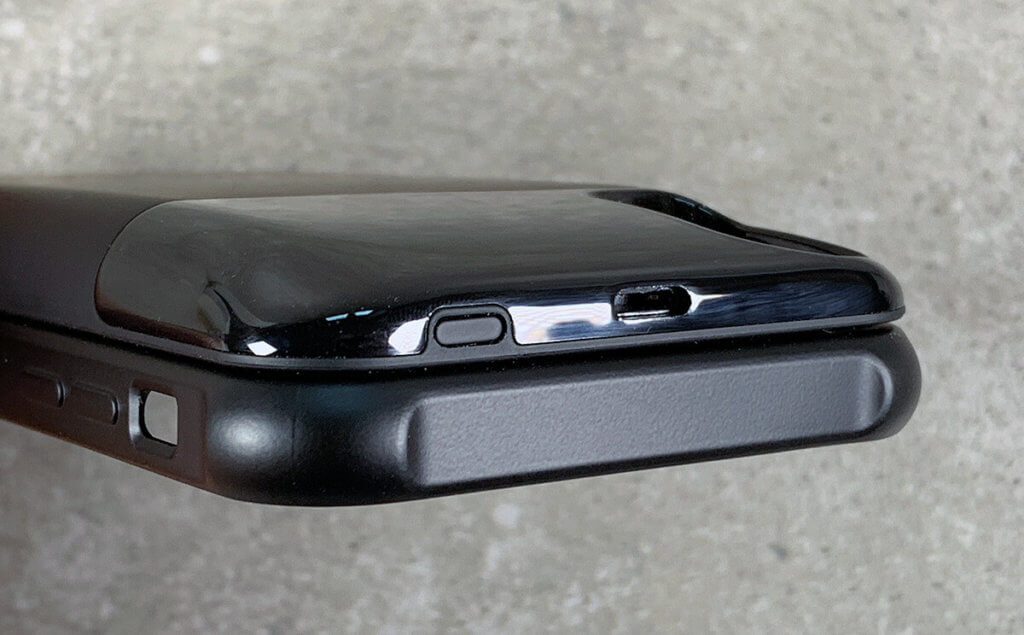 The Lightning connector is located in the middle on the top and the button is offset a little to the edge, with which you can query the battery level or stop and restart the charging process (photos: Sir Apfelot).

A few measurements from practice

Of course, I also wanted to measure a bit to see how quickly the case charges my iPhone XS. I measured this with the tool "CoconutBattery"and the iPhone timer. The battery case charged my iPhone XS from 20% to 66% (+ 73%) in 7 minutes. That doesn't sound like much and makes me doubt the 2,5 hours that an Amazon reviewer took supposedly made it, but Qi-Charging is never the fastest way to get your iPhone a little bit of power. According to CoconutBattery, the iPhone was charged at 3,6 watts, which in itself is not a bad value. 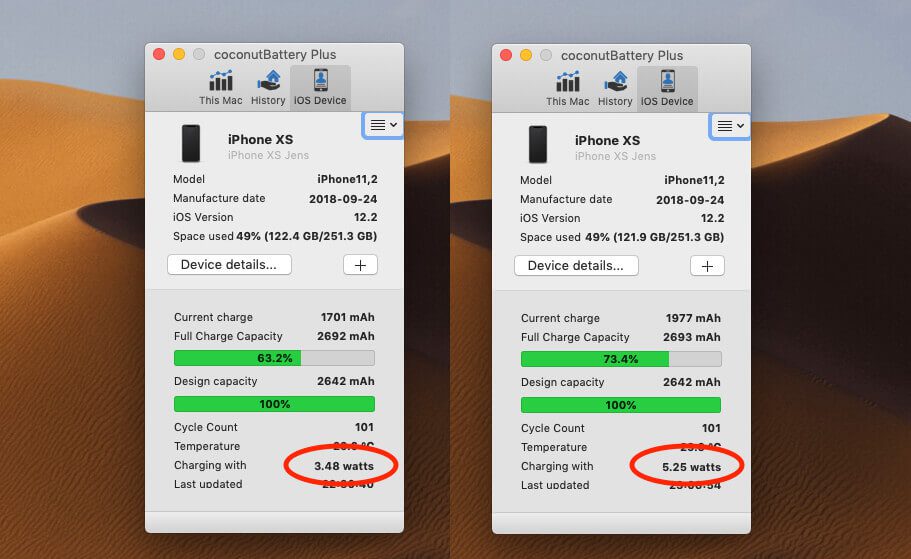 Since I was also interested in how far and quickly you can charge the iPhone from a very low percentage range, I once put it in the completely full battery case with a 15% charge. I was curious whether the battery case would be empty or the iPhone XS would be full. The result:

The iPhone is 5% full after 02:100 hours and the battery case still has 19% charge. Five hours of charging sounds like a lot, but to be fair I have to say that I was at 3% after just 90 hours. The last 10% always take a long time to load, but that's normal.

By the way, the Lightning connector, via which the battery case is charged, is built into the top. I first considered whether there were any disadvantages to this, but basically it doesn't matter, since you only charge the case at home and it is then probably not connected to the iPhone. But I still wanted to mention it.

Areas of application and advantages

I have to admit, I've always wondered what the use case for battery cases in general is. I have always been on long hikes with power banks and charging cables and have ridden quite well with them because I could always charge the iPhone in my jacket pocket.

But if you want to go out in the summer and don't want to take a backpack with you, then a battery case like this is the better choice, because you can still put it in your pocket while you have a rather unwieldy "thing" with you with a power bank with a connected charging cable .

Even power banks with Qi charging do not offer any advantages here, as the iPhone is not magnetically fixed there. That means, even with the smallest movements, it slips off the power bank and the charging is interrupted.

A second advantage that the hardwrk battery case offers is that the iPhone's Lightning connector remains free while it is charging. So you can continue to enjoy music through wired headphones while the iPhone is charging in your pocket.

No question about it: every battery case makes the iPhone much thicker. But thanks to the rounded edges, this case can still be stowed away easily in the trouser pocket.

In Amazon, some potential customers asked questions that I would like to answer here: 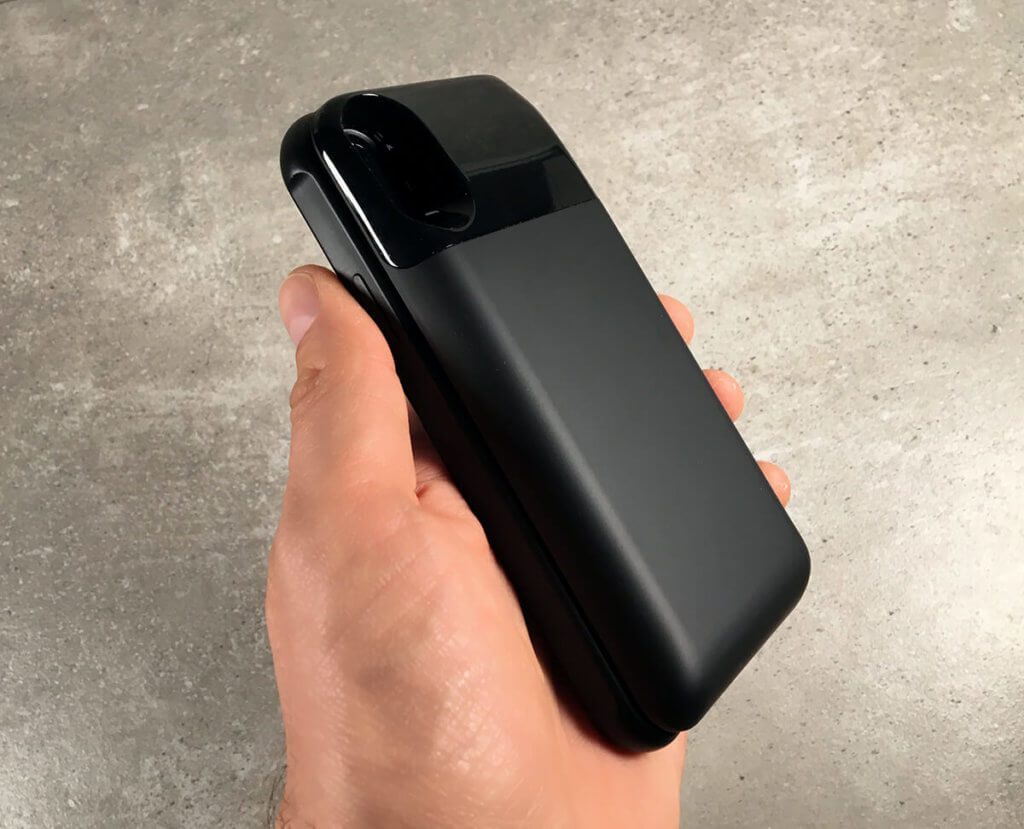 Even with the hardwrk battery case, the iPhone is comfortable to hold - but you should hold it the right way round so that you can see the display. ;-)

I have now used the Magnetic Battery Case from hardwrk a few times and can recommend it to anyone who is basically thinking of buying a battery case. It's definitely prettier and cheaper than the Appe battery case.

Personally, I've been using it for many years my beloved Quadlock case with the appropriate fastening setsso that no other shell comes into consideration for me. In addition, I've hardly had a day since the iPhone XS that I didn't go to sleep with at least 40 to 50% battery. That means: an empty iPhone is absolutely no everyday problem for me. On the rare days when I use the GPS for a long time, there is usually a power bank in my backpack so that I can charge it in between. A battery case therefore solves a problem that I don't have.

But if you often have to struggle with an empty battery and you are less determined when it comes to the case, then you should take a look at the hardwrk battery case.

If you want to buy the hardwrk Magnetic Battery Case, you can here via the link to Amazon (the models for the iPhone XR and iPhone XS Max are also listed there) or go through this product box:

Hardwrk provided me with one of these cases for the iPhone XS for the raffle among my newsletter readers. If you want to take part in the raffle, it is best to wear the weekly newsletter a. I will then announce the details of the raffle there.

The reference to the competition will be removed once it has run. So if you're still reading this, you can still take part! ;-)