Anyone who is traveling with a current MacBook model can actually not avoid a USB-C multiport adapter. I myself have an adapter on both the left and right of my stationary MacBook Pro to be able to connect a printer, scanner and various hard drives and a card reader. Admittedly: I would have needed a hub even with normal USB-A ports, but that's mainly because I use a lot of devices in the office. 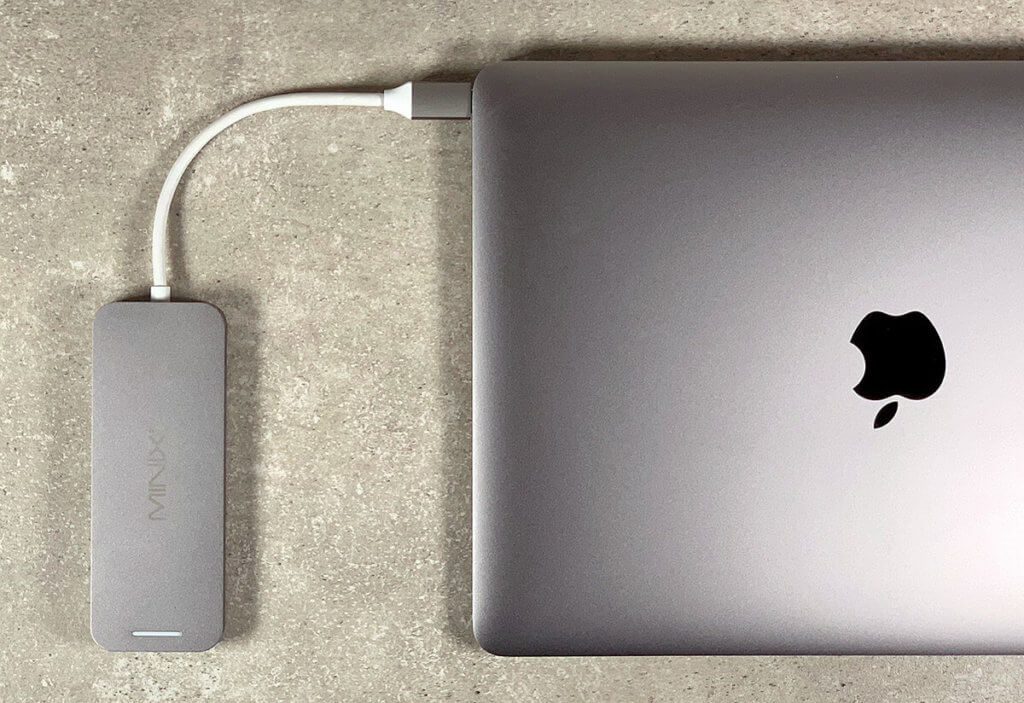 I can hardly work on my MacBook without a USB-C multiport adapter (Photos: Sir Apfelot).

Even before the actual market launch, Minix provided me with one of their new USB-C adapters for testing. This is a hybrid adapter called "Minix NEO Storage S2", which not only functions as a normal USB-C hub with various sockets, but also has an internal SSD that, depending on the model, has 120 GB (S1) or has 240 GB (S2) storage space.

The advantage is that with the SSD, you always have removable storage or a second storage medium with you to exchange data with other people or to save important data from the main hard drive. For example, if you are writing an important work at university, you can save it directly as a copy on the SSD in the Minix USB-C adapter, so that you always have a backup on a second medium. 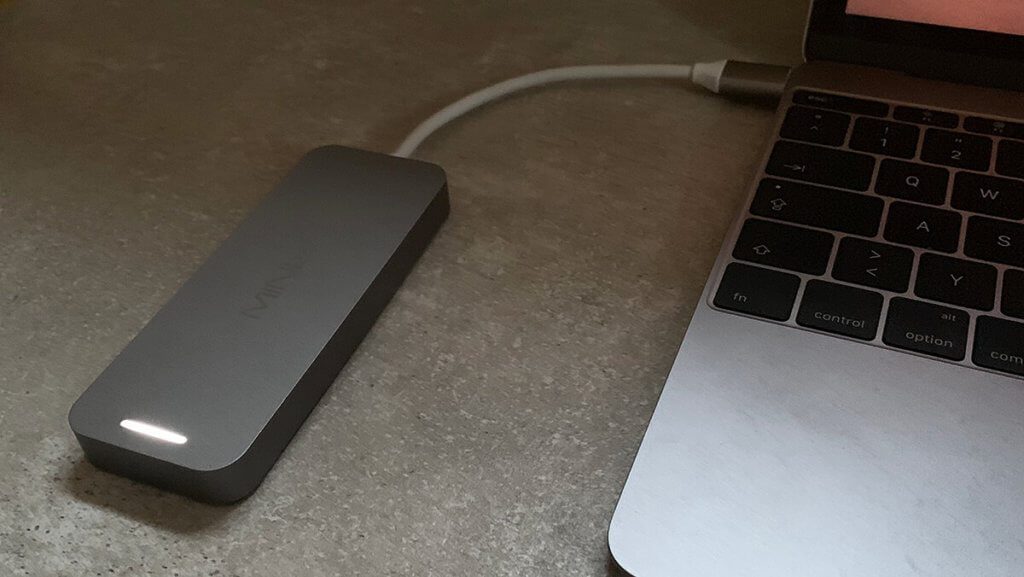 If the Minix USB-C adapter is plugged in, the oblong LED shows that it is ready for use.

If you want to know what the technical specifications of the Minix USB-C adapter look like, you will find all the important information here:

For Mac owners who know straight away that they will not connect the Minix adapter to a PC, it is advisable to format the built-in SSD directly to APFS. This is how you benefit from the many positive properties that the APFS file system has to offer.

The manufacturer Minix has already developed several multiport adapters for the USB-C port in the past.

Basically, there is not much to evaluate in the test with such adapters, because either they work or they don't. I've already had a couple of cheap models where, for example, the SD card reader failed, hard drives suddenly ejected unexpectedly after a while, or where the MacBook didn't charge properly.

With the Minix NEO Storage Adapter, which I have been permanently plugged into my MacBook Pro (2017) for a good two weeks now, everything works so far - and above all reliably. So far, no hard drive has been thrown up without my intervention and the charging speed of my MacBook Pro is the same as when the Apple charger is connected directly. 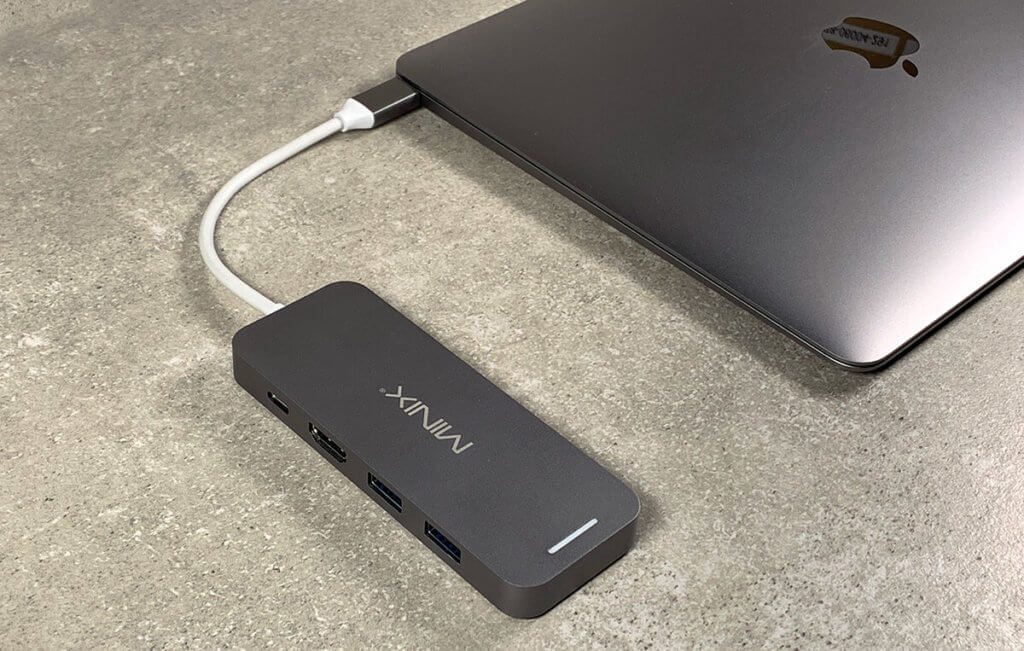 Personally, I'm a friend of the adapters with connection cables, like here on the Minix. These do not come off by themselves during operation and put less stress on the USB-C port because they can be placed flexibly.

For the internal 240 GB SSD hard drive of my Minix NEO Storage S2 I have it with me AJA System Test run a benchmark and came to over 330 MB per second for writing and 385 MB per second for reading. I couldn't try the S1 model with the 120 GB SSD, but according to Minix it manages about 50 GB less per second for both reading and writing data. 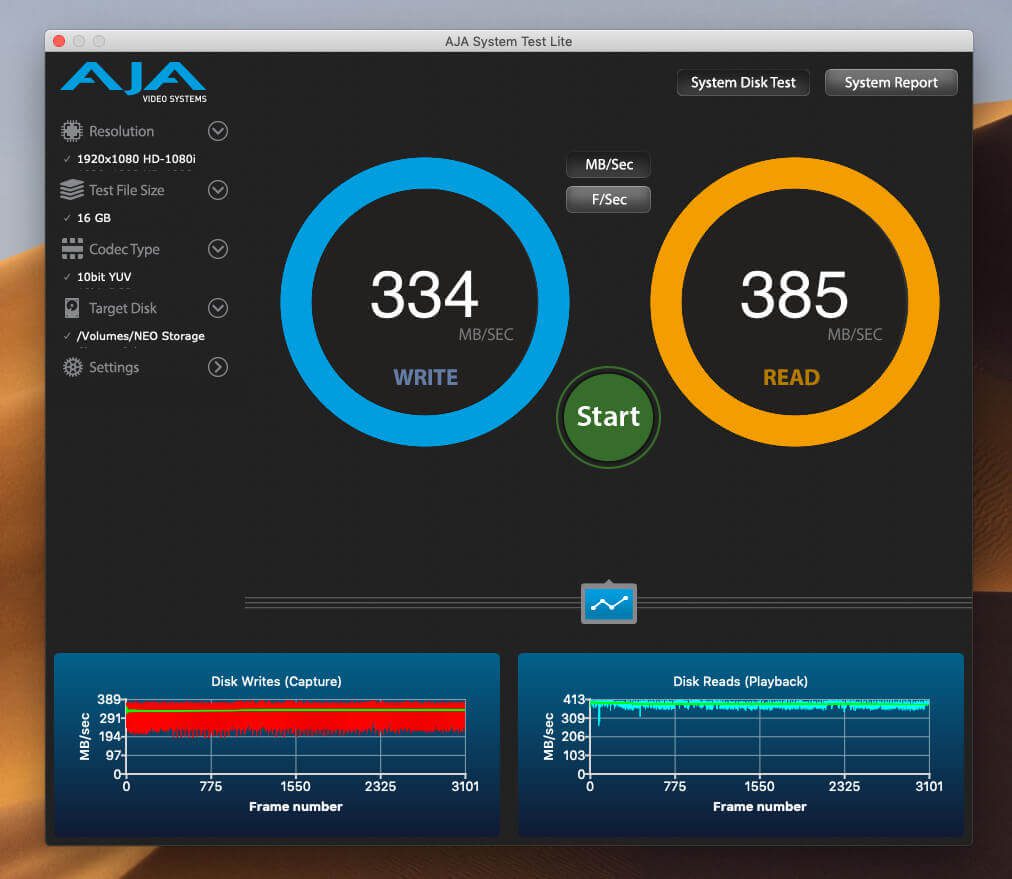 The measured values ​​that I determined with the AJA System Test leave nothing to be desired: stable well over 300 MB per second when reading and writing.

For me, it is particularly important whether the hybrid adapter from Minix can also handle external 3,5-inch hard drives without their own power supply. I sometimes plugged several of them into the MacBook Pro because I use them for backups and to store photos and videos.

In addition, he can handle two 3,5-inch hard drives (when the MacBook Pro charger is plugged in) without complaining about the lack of power. Some adapters have problems here, which means that one or the other hard drive gets too little power and is then logged off from the system. You can see this in the message "Volume XY has been disconnected".

Anyone who owns the Apple SuperDrive will certainly want to know whether the drive also works on the Minix NEO Storage. Unfortunately, this is not the case. I tested it on myself and got the message that the SuperDrive is not getting enough power. However, Minix also communicates this on the website.

The Apple SuperDrive would rather be connected directly to the Mac.

Incidentally, the message remains when you connect the Minix adapter to the USB-C charger. The Apple Super Drive still insists on connecting directly to the Mac.

How much power does the Minix USB-C adapter deliver?

Minix provides detailed information on this: If you do not have a USB power supply connected to the adapter, the total current is limited to 1 ampere (always at 5 volts, of course). If the MacBook charger is plugged in, the Minix NEO Storage delivers a maximum of 2 amps. When a USB 3.0 device is connected, the output current per output is limited to 900 mA.

In my measurements, the power consumption has risen to over 3,6 amps when two external hard drives were connected to the Minix adapter and the MacBook Pro was still charged at the same time. The adapter gets warm during operation, but is certainly still below 50 degrees operating temperature. 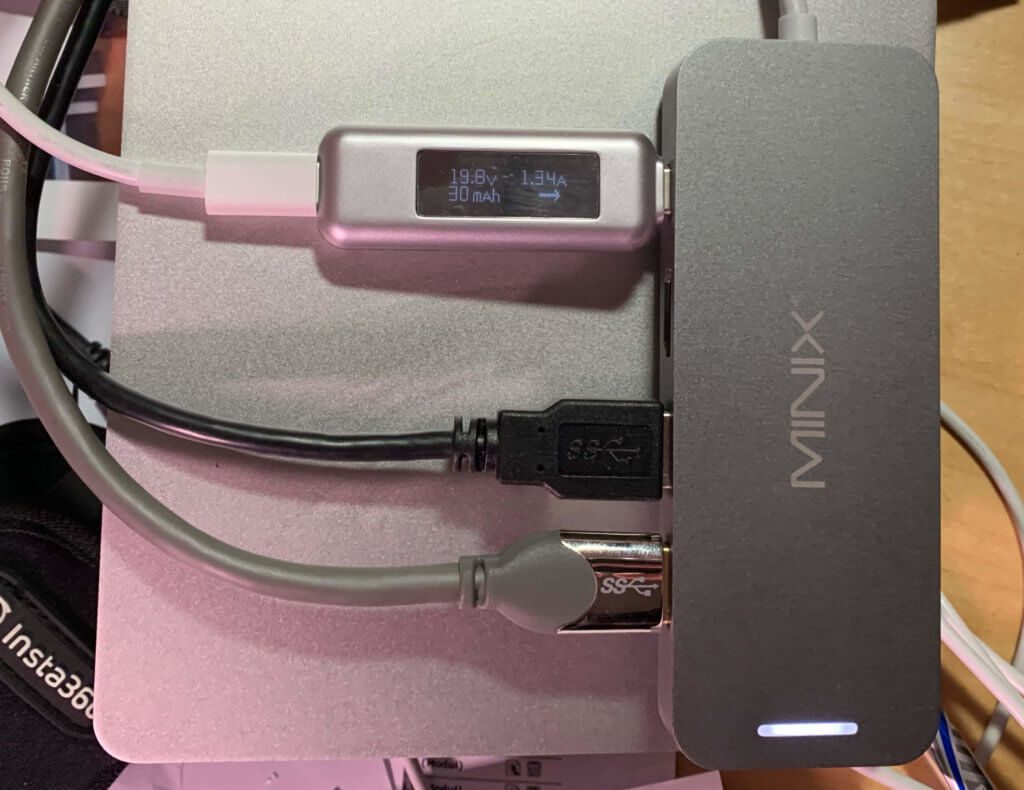 The Minix adapter also has no problems with two external hard drives. However, you have to connect it to the USB-C power supply and then charge the Mac via the adapter. This means that the hard drives get enough power even without their own power supply.

What resolution does the HDMI connection offer?

If you want to connect an external monitor to the NEO Storage, you can drive a resolution of up to 4K (3840 x 2160 pixels) at 30 Hz. The fact that it is not 60 Hz may be an exclusion criterion for one or the other, but there is nothing against it Club 3D adapter also to be plugged into another USB-C port. This also supports 4K at 60 Hz refresh rate.

Since a reader asked whether the Minix adapter is also compatible with Windows computers, I asked Minix what the situation with Windows compatibility looks like. The answer came within half an hour with positive content:

So for Windows users, it's a matter of the laptop. In a pinch you can order the adapter and then try it out to see if it works. With MacBooks, however, you can be 100% sure that it will work.

I think anyone who has already found a suitable adapter or hub for their MacBook or MacBook Pro will probably not have to buy a new one. The Minix USB-C adapter can definitely be recommended for new MacBook owners, as it is helpful to always have an external SSD hard drive with you for backups or for exchanging data without the need for additional cables or additional space.

The adapter is available from Amazon, but you have to make sure you are looking for the right model, because Minix adapters are already called NEO C, but do not have the "storage" for the built-in SSD in their name. For the reason here the Link to Amazon. There you will find the variation 120 GB and silver, but you can also easily choose the other models on the product page. 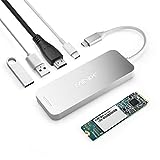 At Conrad, the Minix NEO Storage is available in 120 GB and 240 GB versions listed here. Please note that Conrad forgot to point out the color variant in the description. You can find out about the model number in the product name at Conrad:

Here are the links for those who don't want to search long: