In the search for the perfect Bluetooth headset, functionality, voice quality, battery life and hands-free operation play a major role for me. In terms of optics, I wasn't particularly determined and since I only use the headset at home and in the car anyway, it was of secondary importance to me whether the BT headset is particularly inconspicuous or not. Since Bluetooth headsets basically work with all phones that support Bluetooth, they of course work with my iPhone 6 but also with any Samsung Galaxy "something" or other "Android bones".

Because of good tests: Plantronics headsets on the shortlist

The headsets from Plantronics are always in the top results in a number of tests and for this reason, Plantronics was already on my shortlist. After briefly researching the customer ratings, I decided on the Voyager Legend from Plantronics, which was kindly made available to me by the dealer "Mobilefun". You can find it there in the shop, by the way in the category "iPhone 6 / 6s accessories" in the sub-heading "Car hands-free devices". 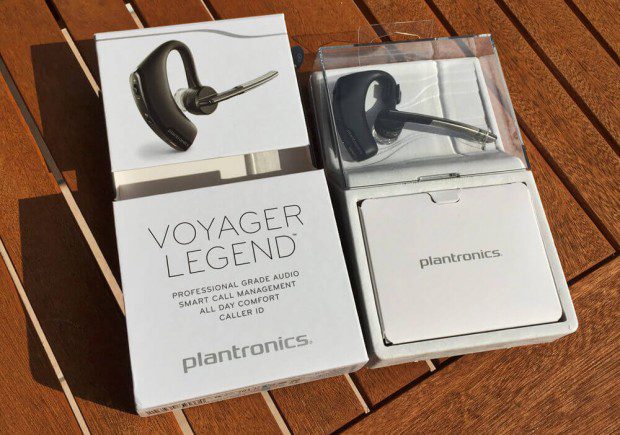 Even the packaging of the Plantronics Voyager Bluetooth headset is quite "valuable" and looks good with a magnetic lock and a plastic display (photos: Sir Apfelot).

Especially important in the car: headset with you - hands free!

Basically, you can say that about pretty much all headsets, but with the Voyager Legend you basically don't need your hands anymore. Once put on, it informs you of an incoming call via voice announcement: "Call from ..." (the name is mentioned if it is in the address book on the iPhone). If you want to accept the conversation, you simply say: "Accept". It also knows the voice command "call back" or "check battery". 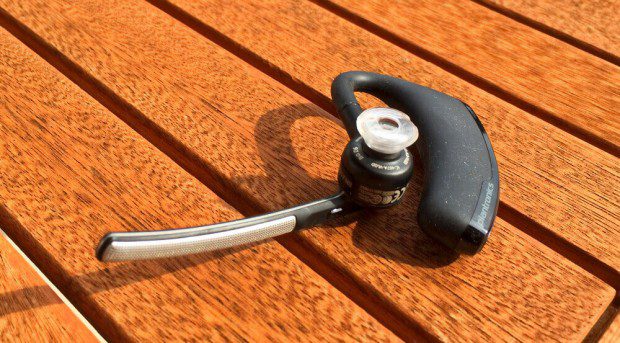 Even unpacked, the Plantronics headset cuts a fine figure. The microphone bracket with stainless steel insert is of course not inconspicuous, but the Mirko with noise cancellation ensures excellent speech quality for the other person. The rubberized "earplugs" are easy to dismantle and come in three different sizes.

But you can't talk about intelligent voice guidance like Siri. Recognition is not that "certain" either, which may be due to my Hessian dialect. After a few phone calls, I shot myself in at the buttons, which are so well distributed on the prominent corners of the headset that you can use them without a long search. What usually worked without dropouts is the "Accept" command when someone called. That alone is very practical if you want to avoid the risk of being fined for "making calls while driving with your mobile phone in hand".

Automatic call acceptance when putting on the headset

But the headset has a few other technical features in store: for example, the automatic acceptance of calls when you put on the headset. This works without pressing a button, thanks to the "smart sensor technology". During several calls, I simply left the phone in the car holder and put the Bluetooth headset on my ear when it rang. The sensors built into the device register when the Voyager Legend is put on, and the call is accepted and you don't have to fiddle around with a small button to make a phone call.

The Plantronics Headset buttons are easily accessible, but are hardly needed in everyday use, because the voice control does most of the tasks quite well.

Podcasts and music via the jack output, phone calls via the headset 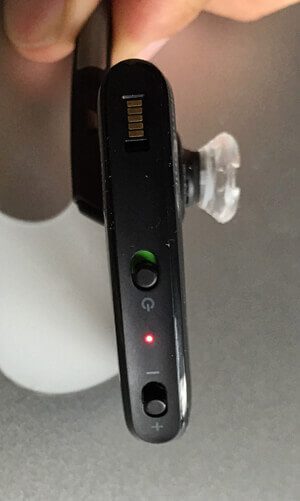 Here you can see the on / off switch, volume button and the charging connection on the Bluetooth headset from Plantronics.

A particularly cool feature that struck me positively when I was using it (and technically more likely to be attributed to the iPhone than praise): If you listen to music or podcasts via the jack output of the iPhone with the speakers in the car, you would normally have to pull the jack plug when you want to make a call. However, the iPhone recognizes that a headset is paired and uses it sensibly: If a call comes in, the call is automatically conducted via the headset. If the doorbell starts ringing, the music will also be automatically faded out by the iPhone. Simply the perfect solution for everyday use!

Extremely fast pairing after switching on

The quick pair feature is also very helpful in everyday life, which means that the headset can be paired with the iPhone in less than a second. This saves battery life because you can leave the headset switched off in the car. If a call comes in, you switch it on (with a small slide switch that can be operated with one hand with your thumb) and put it to your ear. The headset picks up the call.

If you make frequent calls in the car, you can of course put on the headset and leave it switched on. I couldn't try the long standby time of 264 hours, but to be honest: it lasts forever! The talk time of 6 to 7 hours is not excessive either and is sufficient for long car journeys.

The large battery and the other technology (for noise reduction, etc.) take up some space, so that the BT headset looks clunky at first glance compared to some other "competitors". The weight is only around 15 grams, and after a few minutes I hardly notice it on my ear and I wish the headset were also available for my Fritz! Fon.

Incidentally, the Plantronics headset is charged with a USB cable that has a special magnetic adapter. This fits exactly onto a couple of exposed contacts on the headset. This is also a point of criticism from users, because if you have several places where you want to charge the headset (work, car and private home), then you have to buy this cable (one of which is included!) separately. a "normal" Micro-USB Connection would have avoided this problem. But I think if the headset is otherwise convincing, the cable is the least of the problems.

Background noise or wind, both are suppressed by the headset's built-in electronic filters. For this reason, the voice quality remains at an astonishingly good level, even with my loud VW bus. And not only do I understand the person I am speaking to, they understand me too: This was also confirmed by my interlocutors in a few tests of the device.

Even if the customer ratings of the Bluetooth headset from Plantronics are almost without exception good, it received a 1-star rating. Namely by a person wearing glasses who complained that he couldn't read anywhere, that the headset couldn't be used with glasses. Why couldn't he read this? Because it's not true, because there are some other 5-star reviews from eyeglass wearers who think the headset is very good. :)

That was the "disadvantage", but now another positive fact: The coupling with the mobile device works perfectly via Bluetooth. And if you have one with you for your company in addition to your private smartphone, you will be happy to have the option of pairing two Bluetooth devices with the headset at the same time. Even the voice display can tell “Device 1” and “Device 2” apart. It does not matter whether two smartphones or an iPhone and an iPod are switched on at the same time. One device can be used, for example, to play music and the other to receive calls. If a call comes in on device 2, playback on device 1 stops. Perfect!

Conclusion: never again without in the car!

I have to admit, I hadn't used a headset before this Plantronics headset. My VW T5 has a built-in hands-free system that works with Bluetooth, but after I used it on a customer call and my "counterpart" barely understood me, I did without this hands-free system and always used the Apple headset (EarPods) . Because of the cables, I could never listen to music through my car speakers because I would have had to unplug the headset and plug the jack cable from the MP3 input into the iPhone. For this reason, the Apple headset was mostly not in use.

With the Plantronics Voyager Legend, however, a device has come into my car that combines music enjoyment via the car speakers and telephoning via the headset so perfectly that I don't want to miss it anymore. In the meantime, I had already been able to make many phone calls with the headset and the audio transmission was always excellent so far. From my point of view, the device is a real recommendation.

Advantages and disadvantages of the Plantronics Voyager Legend

For the cross-readers, I would like to briefly list the advantages and disadvantages of the Plantronics headset again in order to simplify the purchase decision: