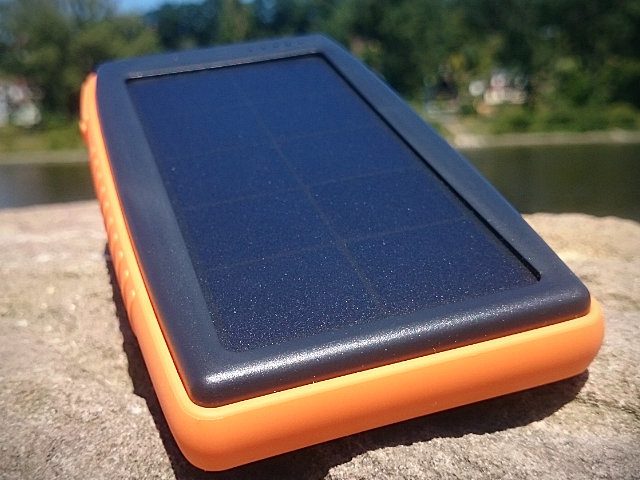 With a robust housing, easily lockable USB ports, solar cell, flashlight, handle and 15.000 mAh charge carrier capacity, the RAVPower RP-PB003 power bank is a good companion for holidays as well as everyday life. I have put the RAVPower Powerbank to the test and I am going to tell you about my experiences with the device in the following. The charger is currently available for 33,99 euros for on the go Buy at Amazon.

In the test of the RAVPower RP-PB003 power bank with solar panel and flashlight, I tested the various functions of the device.

According to the manufacturer, the RAVPower RP-PB003 Powerbank offers 15.000 mAh (details see below) enough energy to charge the iPhone 7 more than four times - or the iPhone 7 Plus three times. It is also possible to charge two devices at the same time, as the mobile, external battery not only has two USB ports, but also comes with two cables. However, they don't have a Lightning connector, but a micro-USB connector. This is fine for most Android smartphones, action cameras like the GoPro and other devices that allow the use of individual energy sources to charge the battery. 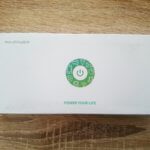 A beautifully designed box made of cardboard holds the device and accessories ready. 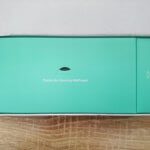 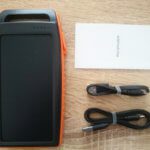 Below everything is also the quick start guide.

In the following I have summarized the most important data of the external battery for everyday use, office, travel and vacation. In my opinion you are well equipped with the device, so that you can get along well in most situations - you can charge the energy storage device in the sun; in the dark tent or camper you use the flashlight on the back ... 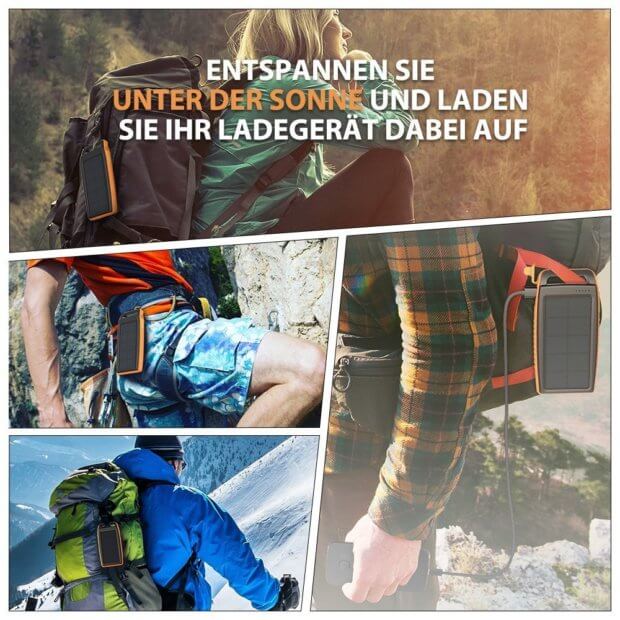 How do the values ​​fit together?

If you do a little math, you will find out with a little physical understanding that the nominal charge at the specified 55,5 Wh and the 5V output can only be 11.100 mAh. Assuming 55,5Wh and 15.000 mAh, the voltage is only 3,7 V. That's why I attached the power bank to a USB multimeter and a load resistor with appropriate measurement technology to find out the actual values. At 2,1A, I was able to determine a value of 4,68 V (with a multimeter in between) or 4,97 V (load resistance directly on the power bank). 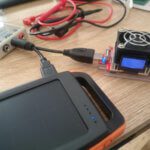 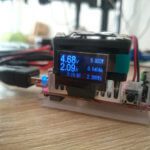 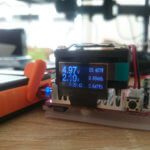 RAVPower RP-PB003 in the test

This power bank does not charge connected devices with 2,4 A; However, the available 2,1 A are already much faster than many other chargers with 1 or 1,5 A. If you are in the car, train, plane or long-distance bus, then that is definitely enough to get your Keep iPhone, iPad or other devices alive. I charged my smartphone several times on the RAVPower RP-PB003 and then got the battery of the power bank almost full again within one working day. Incidentally, the manufacturer provides the following information for charging the energy storage device:

On the go, it is not only the pocket format that is advantageous, but also the "handle" on the top of the battery pack. You can use it to attach it to your backpack, bike, belt, tent or camper, so that it gets the sun as often as possible. Or you do it like me and put the power bank next to you on the seat during a hiking break: 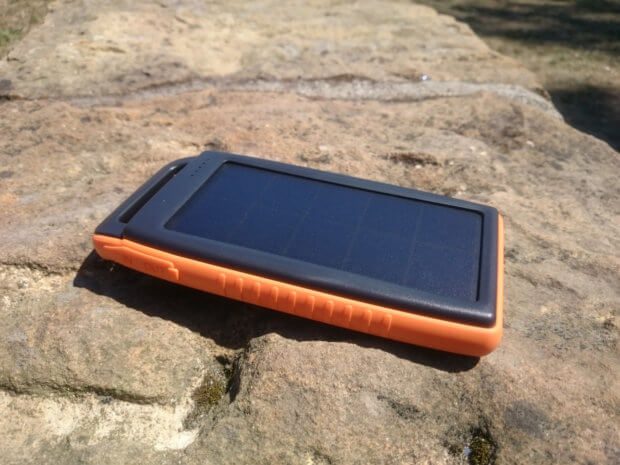 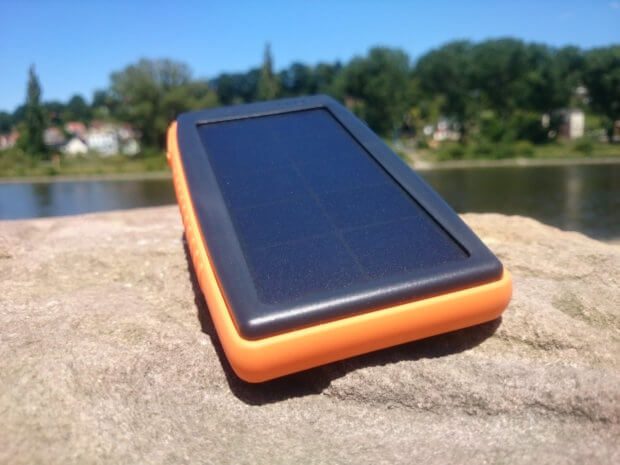 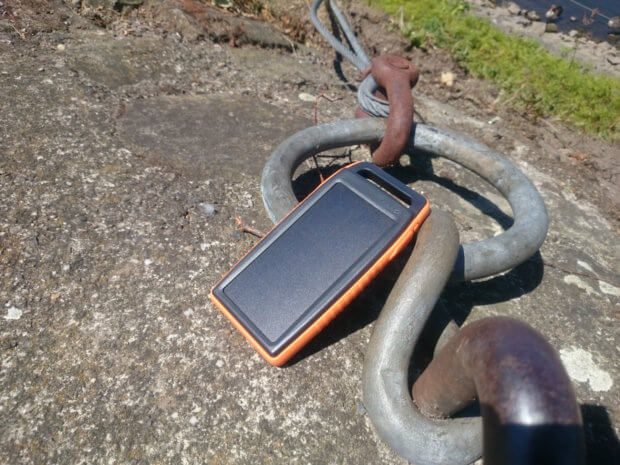 The handle is practical, but you can't attach the solar power bank anywhere;)

The manufacturer's “3 steps to better use” on the Amazon product page you should heed it by the way, in order to increase the lifespan of the power bank. The three steps consist of not charging the battery by sunlight falling through glass (window, car, etc.). In addition, the solar cell should only be exposed to strong solar radiation; Light on cloudy days or from lamps is insufficient for charging. In addition, the power bank should not be stored / charged in a parked, closed car in summer, as this can lead to the battery heating up and thus shortening its service life.

There are five LEDs above the solar panel of the power bank to indicate the charging mode and the charging status. If the red LED, which is framed in the shape of a sun, lights up, the solar cell is charging the battery. In direct sunlight, however, you cannot really see whether the red LED is lit. To see whether the sun is charging the battery, you have to briefly cover the light in shadow - then you will see its red shimmer;)

The other four LEDs light up blue and show the charging status of the power bank. This is the breakdown (lights light up from right to left): 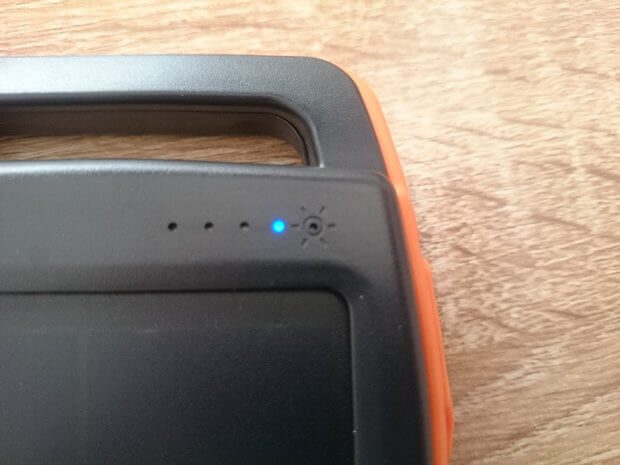 When charging via the micro USB port, the blue LEDs light up and flash.

Flashlight on the back

The flashlight on the back of the RAVPower RP-PB003 Powerbank can be switched on and off by pressing the power button on the right of the device twice in a row. The light generated is sufficient to be able to concentrate on the path at dusk and in the dark, to look for something in the backpack, to read or to play cards or to read hiking maps. 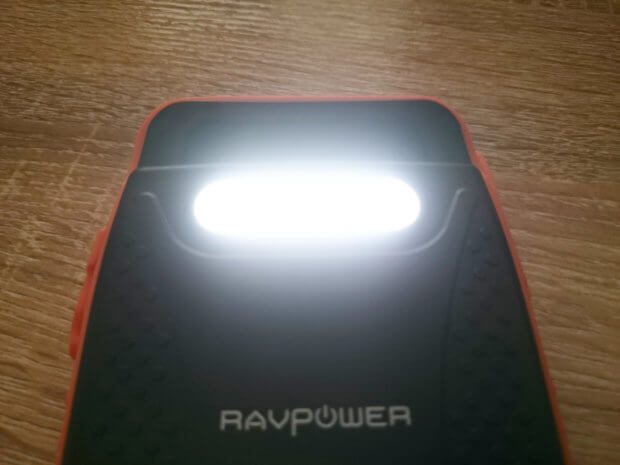 What I really like about the RAVPower RP-PB003 Powerbank is the combination of a nominal charge of 15 Ah or 11,1 Ah, which is suitable for traveling, which is also no problem in aircraft hand luggage with only 55,5 Wh, and the handy and robust design . The rubber coating on the sides protects the case from bumps and falls. The back as well as the solar cell on the front are valuable and well made. I also find it positive that you can charge two devices at the same time, and that with 2,1 A. All in all, I think the solar power bank is a very good companion in everyday life and when traveling.

Which could be even better

No product is perfect. So of course you can always find something that could be improved. The weight of technical accessories, for example, is always much too high. While you have got used to the smartphone as a light phone with a camera and maps, you are usually reluctant to pack additional accessories with their own weight. The 380 grams of the RAVPower solar power bank are still okay in or on the backpack, in my opinion. The charging speed of the solar cell could, however, be higher if possible.

Conclusion on the RAVPower RP-PB003 test

Why exactly 15.000 mAh is specified for the device when the 5 V and 55,5 W supplied result in a significantly smaller "capacity" of the external battery for smartphones, tablets, cameras and other devices, that is not entirely clear. However, the power bank was sufficient to charge my cell phone several times and could be charged in the time periods specified by the manufacturer.

Charging in the sun also worked - but don't be impatient. So would I recommend the RAVPower RP-PB003 solar power bank? Yes, even more so than other models without a solar cell, flashlight and / or fastening handle. The 78% 5-star reviews on Amazon speak the same language. Two of the 1-star ratings suggest that users were unable to read the instruction manual.