TEYADI: external cheap SSD with 128 GB in the test - is it worth buying?

I recently had another problem with my Mac that made it impossible to work and showed me how important it is to have a bootable backup somewhere. The small problem with the bootable backups on external rotating USB disks is that they start very slowly. That means, especially when you need help most urgently, you have to wait forever for the system to boot from the external hard drive. That's why I wanted to buy an external SSD hard drive that I could access with macOS Mojave and a few important utilities like superduper! and then also put the Mojave installer on this disk. As a "life raft", so to speak, in case my startup volume no longer boots properly and I need an alternative to start up in order to repair the Macintosh HD. 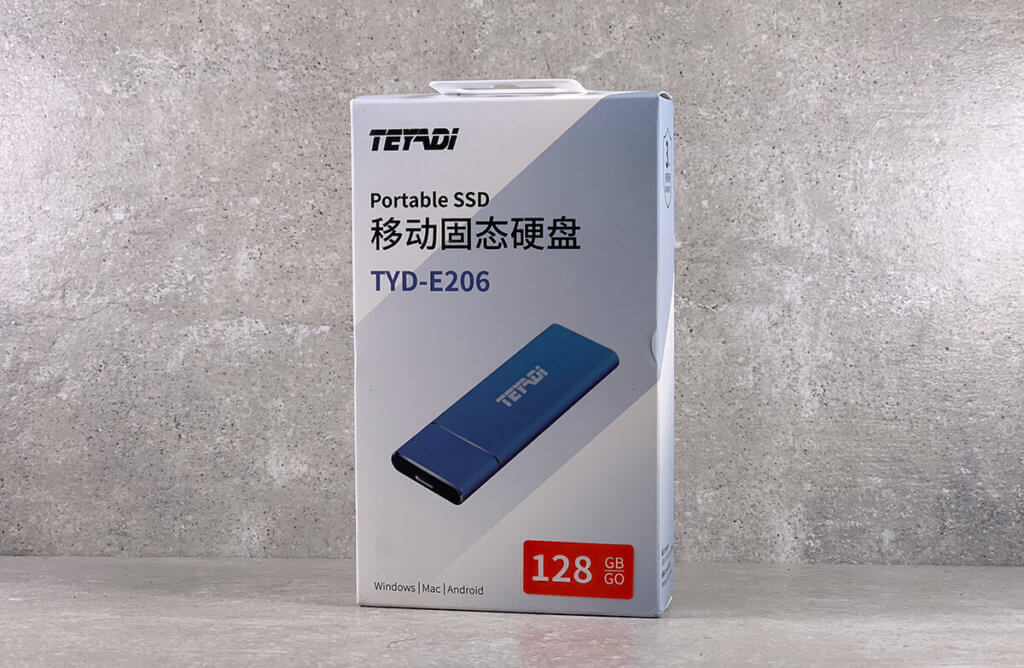 Teyadi SSD in packaging - how does the SSD perform in the practical test? (Photos: Sir Apfelot)

From my point of view, there are currently only three reasonable providers that I would put my trust in when it comes to SSDs: SanDisk, Samsung and Transcend - in that order. I find the solution from Transcend disproportionately expensive - that's why I would rather go for SanDisk or Samsung. ;-)

Don't worry, I'm not hoping that manufacturers like SanDisk and Samsung won't have production done in China. However, I hope that, in fact, that they have better quality controls than a no-name brand like Teyadi. For this reason, a price comparison is also interesting for me, because if an external Sandisk SSD with the same storage capacity costs only a few euros more, I would probably use it.

So here are the prices (as of November 23.11.2018, 500) of the 500 GB models on Amazon. The 128 GB is the only variant that overlaps at Teyadi, Sandisk and Samsung, because while Teyadi only has smaller models with 256 or 1 GB in stores, SanDisk and Samsung only offer larger models with 2 TB or XNUMX TB at:

You can see: Compared to the SanDisk, the Teyadi China SSD is only slightly cheaper (5 EUR). With Samsung and Transcend, it makes a bigger difference. In terms of price, the Teyadi is therefore only a "cracker" to a limited extent. 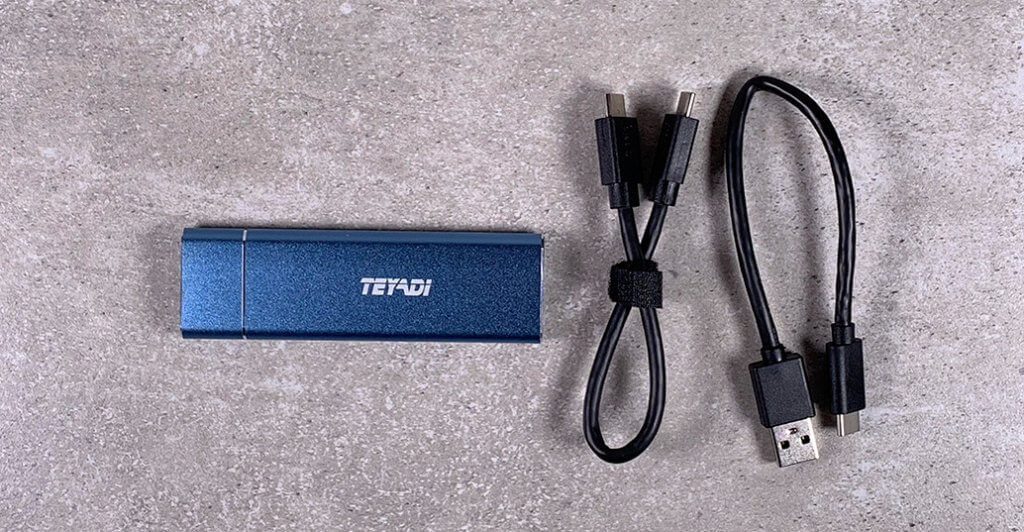 The scope of delivery of the Teyadi flash memory includes cables for USB-A and USB-C sockets.

Scope of delivery and technical data

In the packaging comes: 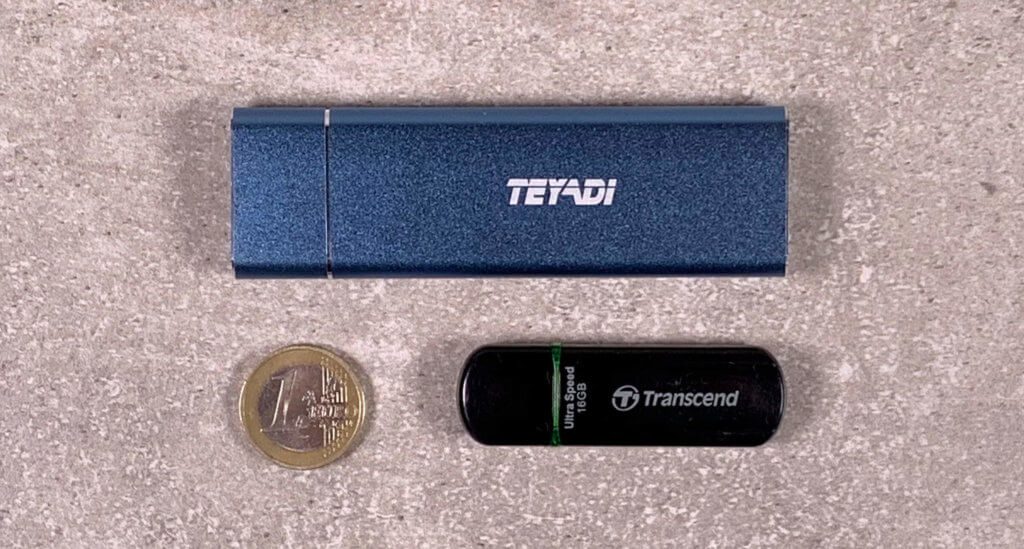 To see the size of the SSD in relation to one another, I took a picture of it here with a euro coin and a standard USB stick.

Teyadi SSD in the benchmark test against SanDisk

The actual task of an external SSD is to read and write data quickly - otherwise you could also fall back on a cheaper "rotating" hard drive. How well the Teyadi performs compared to the internal SSD of my MacBook Pro 2017 and the SanDisk Extreme Portable SSD, I have here for you with the AJA System Test benchmark software tried out. The results are of course only snapshots and are also somewhat error-prone because background processes on my MacBook could "spark" in between during the test. But I still think that they are reliable practical values.

I ran all tests several times to identify outliers, but the screenshots I used are those that represent a good average of the test values.

You can find the screenshots of the AJA System Test Benchmarks here: 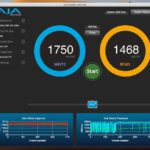 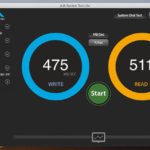 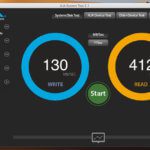 You can clearly see that the Teyadi SSD can still keep up with the SanDisk SSD when it comes to reading, but it only achieves a third of the speed when writing. A difference that can certainly be felt in practice. 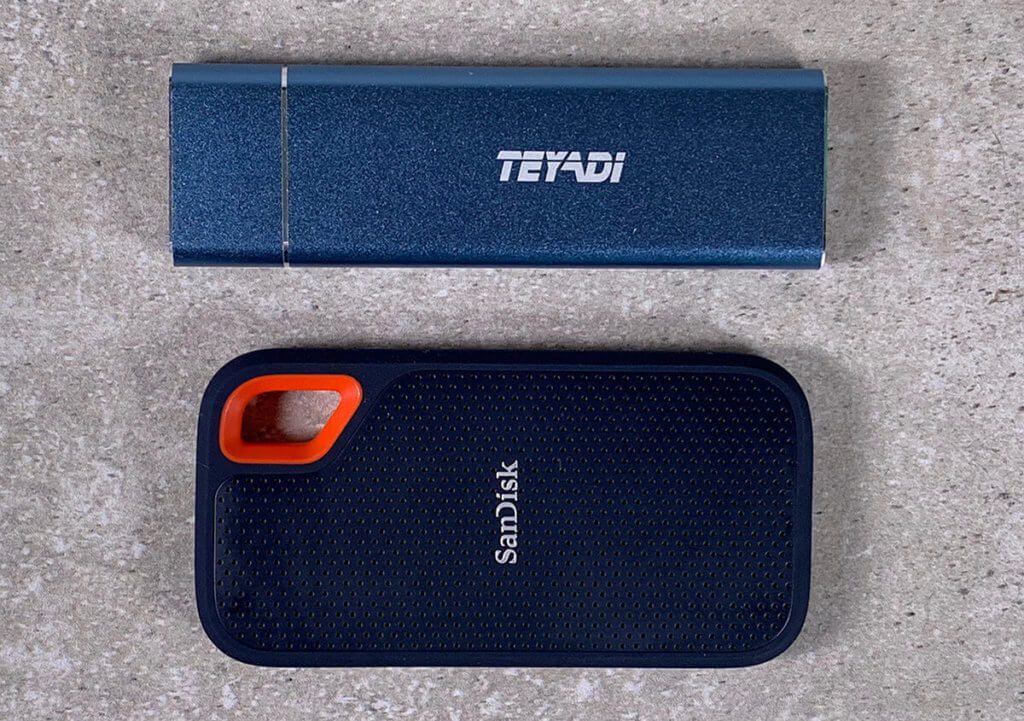 In comparison: the Teyadi and the SanDisk SSD.

Only the SanDisk is waterproof and dustproof

Another important point is the "outdoor suitability". While the SanDisk Extreme Portable is classified by the manufacturer as waterproof and dustproof according to IP-55, none of the other providers has anything like that on their radar. While the property "waterproof" is less important for my office use, the SSD definitely gets a plus point for me for "dustproof". In Sir Apfelot's castle there are a few corners that are not always sparkling clean. ;-) 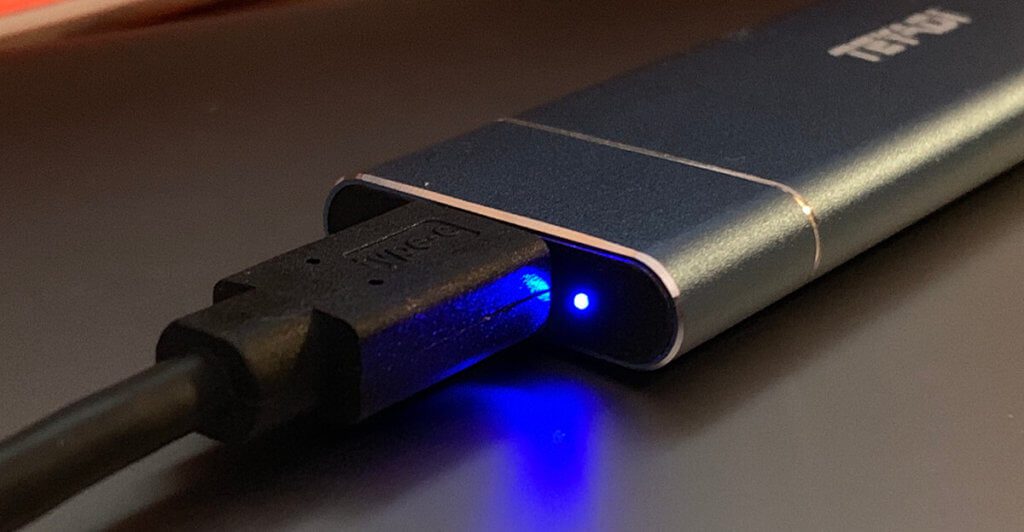 The SSD indicates that it is ready for operation with a small LED.

Conclusion: is it worth buying?

In terms of technical write and read rates, the Teyadi cannot keep up with the SanDisk SSD and certainly not with the internal Apple SSD. The internal SSD runs naturally out of competition, because it is technically connected differently than the USB-C hard drives - nevertheless I wanted to include the values ​​in the test. The SanDisk achieves a remarkable performance with read and write rates of approx. 500 MB per second - even though the price for the Teyadi is only marginal.

Regarding the reliability, unfortunately I cannot make a statement. I would rather fall back on well-known brands like SanDisk, which have proven to me for years with SD cards that they know how to build reliable storage media. 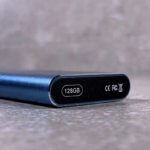 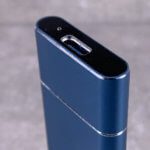 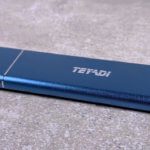 Photo of the Teyadi SSD

The price difference for the Teyadi is so small that I would rather add a few euros to get an SSD from SanDisk. I know better what I have. The Teyadi still has a place with me because it gives me a quick way to boot from a second macOS, but for my backups I have bought an external 1 TB SSD from SanDisk. With regular backups, this higher speed compared to the Teyadi SSD and, above all, rotating hard drives can be felt very positively.

From the point of view, I should actually say that buying the supposedly cheap SSD from Teyadi is not worth it, neither in terms of speed nor in terms of cost savings, but if you still like it cheap, you can get it SSDs from ADATA look at. I only noticed them after my test and they are a tad cheaper than the Teyadi. Here are the current offers of ADATA SSDs, which I would rather consider in the "greed is cool" selection (:

Despite everything: I personally have SanDisk accessed and do not regret the step. In my opinion, the small surcharge is not so tragic if the SSD is used as a fast backup medium for years to come. If you have to fall back on a backup for the first time and it no longer works, you will understand my point of view. ;-)

For the reason, here is my purchase recommendation: The SanDisk Extremely Portable SSD. Also available as 250, 500 GB, 1 TB and 2 TB variants via the following link. I have a test of the 1 TB version planned, which will appear on the blog here shortly.