[Update] In the test: Veelink Lightning USB-C charging cable for less than 8 euros

I ordered the first USB-C to Lightning charging cable from Apple years ago. At that time it was still for 30 or 40 euros - so with the typical penalty that Apple likes to charge for such adapter cables. And it has to be honestly said that the manufacturing quality of the Apple charging cables is basically not the best. At that time, however, there was no alternative to the Apple cable, as Apple did not issue any licenses for such charging cables.

In the meantime, third-party providers can also offer such USB-C charging cables for iPhone and iPad - and even with the usual one mfi certificationwhich ensures that the cable is not rejected by the iOS device with the next iOS update. At this point one Reference to the list with all manufacturers and offersthat currently offer such Lightning to USB-C charging cables.

Today I got the message from Veelink that they also have a 2 meter version available. There is also a discount code for this. This is currently only available in red and is available here. In the checkout you enter the code "VEELINKC40L" for the 30.11.2019% discount (valid until November 2th, XNUMX).

The Veelink charging cable is the cheapest I've found among Lightning-to-USB-C cables so far. Here you can see both colors in the photo (Photos: Sir Apfelot).

The cheapest offer: Veelink cable with code for less than 8 euros

I already have several such charging cables from Apple, Anker, tizi and other manufacturers around so that I can use my iPhone and iPad via USB-C and USB Power Delivery can charge faster than with a normal USB-A to Lightning charging cable. Today two more models were added, because the previously unknown manufacturer Veelink is currently offering a whopping 2% with the Amazon code "VEELINKC40L" his two charging cables, which normally cost EUR 11,99 (red) or EUR 12,99 (black) (valid until November 30.11.2019, XNUMX).

If you subtract the discount, you end up with less than 8 euros per cable. I have never seen a USB-C to Lightning charging cable this cheap. Reason enough to order it and take a close look at it here in a test.

The iPad Pro charges with the Veelink cable through USB Power Delivery with approx. 30 watts of power.

Appearance and quality of the Veelink charging cable

I have to say: In terms of quality, Veelink offers significantly more than Apple. At one meter, the cable is just as long as its counterpart from Apple, but the details of the Veelink cable are much more convincing:

My iPhone and iPad charging cables from Apple all broke open after a few years at the ends in front of the plugs because the coating became brittle. With the braided charging cables, like those from Veelink, I have not yet recorded any failures. 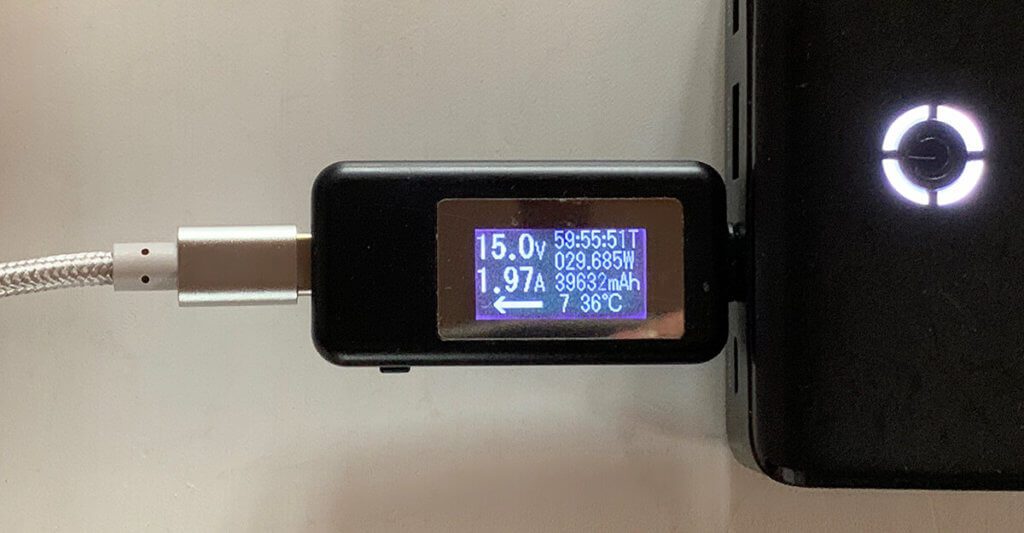 The iPad Pro was charged on a USB-C power bank, which also supports USB-PD, with approx. 29-30 watts - just like with the original Apple cable with USB-C to Lightning.

To see if there are any differences to the Apple charging cable during the charging process, I charged my iPad Pro several times with the Veelink USB-C to Lightning cable and the Apple cable and connected current and voltage to the USB-C Multimeter (here on Amazon).

In all charging processes - regardless of which cable I used - the voltage has leveled to around 10 volts and the current at around 14,9 to 1,9 amps after around 2 seconds. As a result, the iPad Pro charged with around 30 watts, which corresponds to the usual charging power of the iPad with the USB-PD standard.

So there are no restrictions on the charging speed that make me recommend the original from Apple rather than the Veelink charging cable. 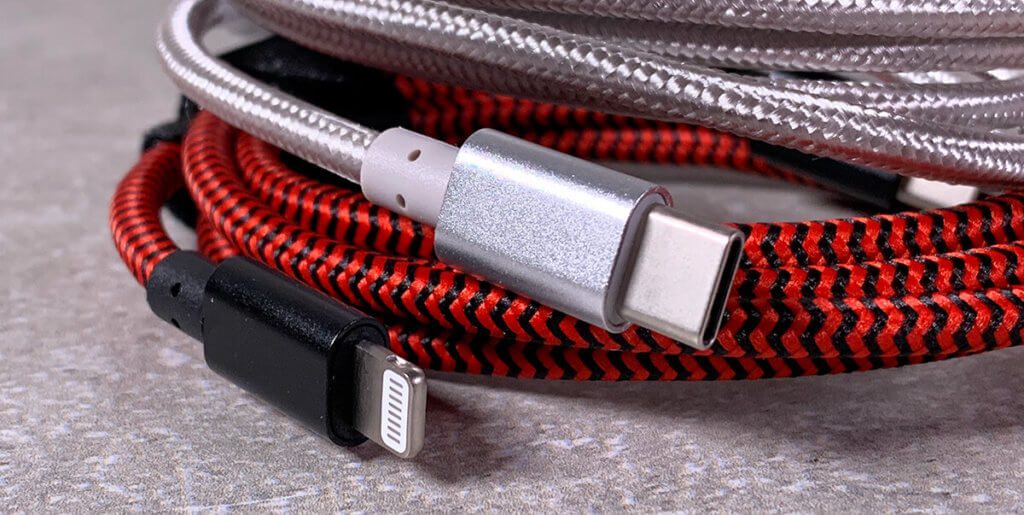 The Veelink charging cables are of good manufacturing quality. The connectors sit well and don't wobble. You can't get anything better at the price right now.

If you are on the hunt for bargains and are currently looking for a Lightning-to-USB-C charging cable, you should get it current deal from Veelink not to be missed (enter code "VEELINKC2L" at checkout!). But even after the promotion (valid until November 15.11.2019, 11,99), the Veelink cable is a recommendable alternative to the Apple Original. At 12,99 EUR for the red and XNUMX EUR for the silver version, it is still a good deal in comparison for the original from Apple, which costs 25 euros, which in terms of quality is nowhere near as good.

As already described in the update above, Veelink also offers the 2 meter long cable that you finds here. The code is also "VEELINKC2L" and gives you a 40% discount. For all followers of original Apple cables, I leave the product box for lighting-on-USB-C cable from Apple but here in the article:

Because of the deal, I ordered both cables from Amazon and paid for them myself. Veelink then offered to reimburse me for the cables - without wanting to influence the results of my test report. Veelink only wanted the discount code to be mentioned in the text, which I like to do so that you can get the cable for less than 8 euros. In such tests, I basically only give my opinion and do not allow myself to be influenced by the manufacturers.

As always, I get a small commission from Amazon if you order the products via my links. This allows me to finance my blog and can do without annoying banner advertising and the like.