Does the Apple Pencil only work on the iPad or also on other devices?

The Apple Pencil is a good stylus for graphic and note-taking tasks on the iPad and iPad Pro. But can you use the Apple Pencil on an Android tablet or Windows PC with a touchscreen? Is the Cupertino stylus compatible with other devices? You will get the right answers to these questions in this guide. Do you have any additions to the topic? Then please leave a comment :)

Due to the special display technology required for using the Apple Pencil, only certain iPad models are compatible with the stylus. More details in this guide!

Using the Apple Pencil with Android or Windows, is that possible?

In a nutshell: no. The Apple Pencil is not made as a general and universally applicable stylus that can simply be used on all multi-touch displays or a touch monitor. Coupling via Bluetooth with all possible devices from the Android, Windows or other cosmos is also not intended by Apple.

Which iPads is the Apple Pencil (1st Gen) compatible with?

So that you don't just know with which devices you are using the stylus from Cupertino should not can use, here are two lists with the compatible Apple devices for the first and second generation. The following devices can be used with the first Apple Pencil, which was introduced in 2015:

Which iPads is the Apple Pencil (2st Gen) compatible with?

If you want to use the second generation Apple Pencil, which was introduced in 2018, then you can do so with not that many tablets. This is the current list of compatible devices:

The source and the first point of contact in the event of changes / additions is the Apple support document HT211029. There you will find the above lists as well as the latest additions when the apple company brings new tablet computers onto the market that can be used with the stylus.

Which iPad model do I have, how do I find out?

You can find out which version of the Apple tablet you are using via, among other things Settings -> General -> Info out. Alternatively, you can pair the device with your Apple Mac or Windows PC in order to determine the device data in the Finder or in iTunes. You can find a comprehensive guide on the subject with the following link: Which iPad do I have? This is how you get it out! An overview of all iPads with technical data, model number and pictures can be found in the Apple support document HT201471. 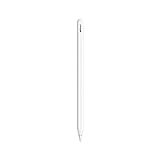