One advantage of the iPad, for which I am very grateful to Steve, is that you can watch films in good quality on the go - provided you have an iPad with Retina resolution. But I rarely turn on the television at home either. The iPad is enough for me as a home theater, and it has the unbeatable advantage that I can take it with me to all rooms where I want to have entertainment. Watching the Big Bang Theory over breakfast cereal has never been as easy as it is today ;-)

A friend brought me to the topic of 60 inch televisions recently. He wanted to set up a home cinema and equip it with such a “monster”, which measures 152 cm in the screen diagonal. Now the good guy is not really familiar with the Internet and the search for the relevant information and tests would probably have taken him several days. So I picked out everything he should know before buying a 60 inch television and after reading so many strange terms like LED, DVB-T tuner, Smart TV, LCD, plasma, UHD and something else, I thought to myself, that I could share this prepared knowledge with you right away. 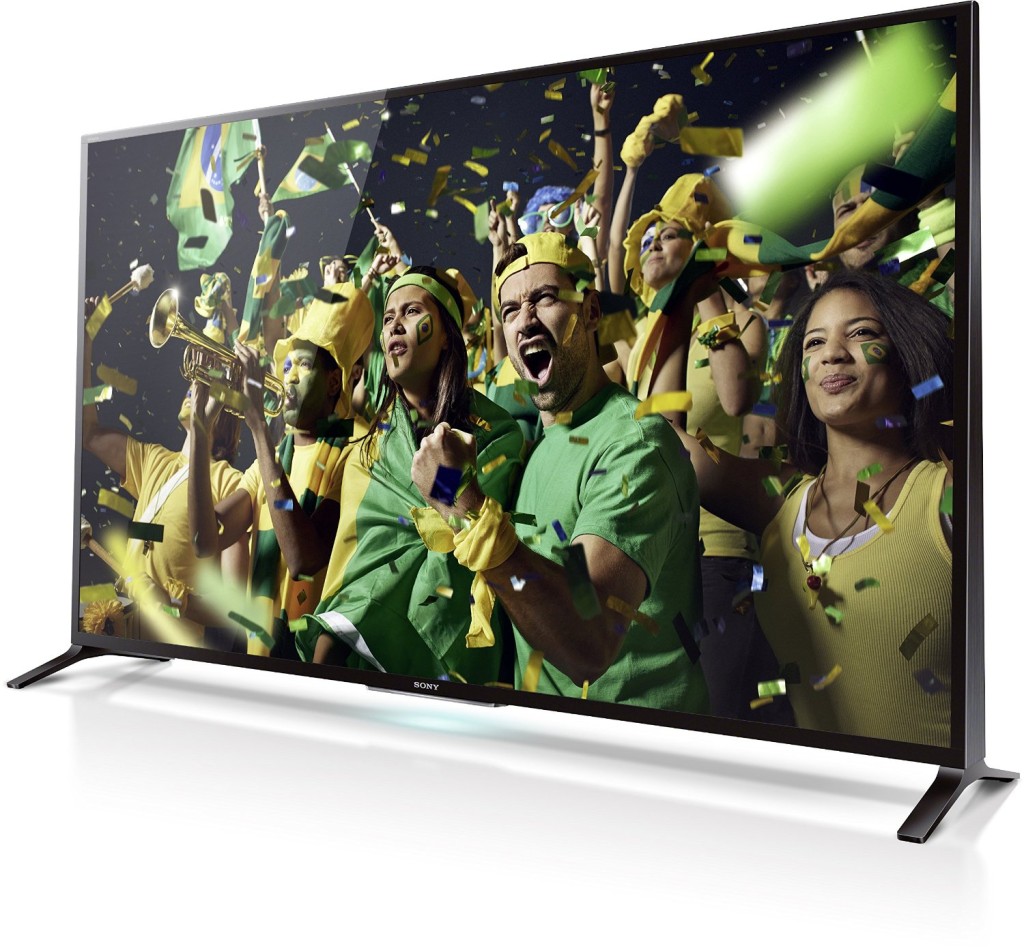 The Sony BRAVIA KDL-60W855 not only offers a screen diagonal of 60 inches, but also 3D television at its best. It is not for nothing that it received an average of 4,5 stars from customers as a rating (Photo: Amazon).

Things to know about buying a 60 inch television

In the search for important criteria for 60 inch televisions, I quickly came across two aspects that should definitely be considered: the viewing angle and the distance between the viewer and the television.

Especially in real home “cinemas”, ie larger rooms in which many people watch TV together, the viewing angle of the people sitting outside is usually small. You can try out the image quality from different angles in electronics stores. Often the corresponding data is also in the descriptions on Amazon and Co.

The distance between the viewer and the display device naturally increases with the size of the latter. With 60 inch TV sets three to four meters away recommended, sometimes only about two and a half meters - obviously opinions differ. Ultimately, you can also solve the question of the perfect distance from the television with your own test.

You should also try that out beforehand. If pixels can still be seen at the existing distance or if the image looks blurred, then increasing the distance should help. Before installing the 60 inch television, it is therefore advisable to measure the space that has been chosen for the new home theater.

This List with five 60 inch TV sets with a screen diagonal of 152 cm is of course a purely subjective list. I haven't tested any of the devices mentioned here at home, but I've read a lot of customer reports and also compared the manufacturer's information. The following list is based on this information.

3 Reviews
Sharp LC60LE857E
This Sharp television provides full HD quality with a resolution of 1.920 x 1.080 pixels on its huge LCD display. The triple HD tuner not only offers television in excellent quality, it also enables broadcasts to be recorded directly. Action films with fast movements and cuts are no problem at all thanks to 800 Hz. The 3D quality (3D implemented with shutter glasses) should also be decent. A compatible W-LAN stick is included in the scope of delivery. If you are undecided about the size: This television is also available in 70 inches and 80 inches. The background lighting also makes the picture appear bigger. In terms of price, the device is around € 2.500.
Buy it at Amazon Price includes VAT, plus shipping costs (updated: 17.10.2022 at 21: 56 clock)

Philips 60PFL6008K
This Philips TV is also equipped with 3D and 1080p Full HD and also offers LED backlight lighting that transmits the picture into the room in color. In addition, this Philips model supports various Smart TV offers, which is becoming increasingly important in today's home theaters. The repetition rate is 500 Hz. The model is also available in the sizes 55 ", 47" and 42 ". This 60-inch television is now priced at around € 1.900.
Buy it at Amazon Price includes VAT, plus shipping costs (updated: 17.10.2022 at 22: 06 clock)

Panasonic TX-L60DTW60
In addition to its 3D technology (implemented by polarization glasses) and the HD Ready screen, the Panasonic TX-L60DTW60 television also offers connections for USB and Ethernet. The background lighting is also carried out here with Edge LEDs. In terms of the repetition rate, this TV has 1000 Hz, which ensures a smooth picture. Why the low ranking? Because it is comparatively expensive with a price of around € 3.000.
Buy it at Amazon Price includes VAT, plus shipping costs (updated: 17.10.2022 at 22: 06 clock)

Sony BRAVIA KDL-60W855
The Sony TV BRAVIA KDL-60W855 promises “thrilling 3D entertainment” as well as Full HD (also 1.920 x 1.080 pixels). The Instant Video app from Amazon is preinstalled. The glasses required for 3D films are part of the scope of delivery. The smartphone screen can be wirelessly displayed on the 60 inch television using NFC technology (Near Field Communication). The TV broadcasts received can also be recorded directly to a data carrier via USB with this model. The Sony is also available in smaller versions. The price for this TV is around € 1.600.
Buy it at Amazon Price includes VAT, plus shipping costs (updated: 17.10.2022 at 22: 06 clock)

The list mentioned here does not contain a model with an Ultra HD resolution. For this reason I wanted to add a model from Samsung that has 60 inches and can also display UHD resolution.

369 Reviews
Samsung UE60JU6450
The Samsung 60 inch UHD TV has the aforementioned triple tuner for DVB-T, cable and satellite. In addition to the breathtaking resolution of 3840 x 2160 pixels, it also convinces with an A + energy class. If you really want to have an Ultra HD device, you should take a look at the Samsung. In terms of price, it is around € 1.450 and is therefore not even as expensive as some other candidates here. Of course, you have to accept the Smart function - there are hardly any televisions without Smart.
Buy it at Amazon Price includes VAT, plus shipping costs (updated: 17.10.2022 at 22: 06 clock)

Conclusion of the research - and the upcoming 60 inch television test

There is an abundance of information about 60 inch televisions on the Internet. I have given some basic information in my list. For your own home cinema, however, the benefits that you expect from the device should be important.

Do you just want to watch TV? If so, what type of reception (DVB T, DVB C or DVB S2)? Do you just want to watch DVD and Blu-ray or maybe connect a console? Would you also like to use Smart TV systems? You should think about all of this before doing further research, because the more features you can mark as "absolutely necessary" or "I don't want to have", the more the selection becomes narrower.

You should also consider whether you would like to have the Smart TV devices from Samsung. Technically speaking, it is certainly great if you can surf the web on your television, but the operation is so cumbersome that you can reach your destination ten times faster with the iPad. When it comes to smart TV devices, one should always keep in mind that they will broadcast "home". If you give them access to the WLAN, they will collect all possible data and send it to the manufacturer for analysis. If you want to find out more about it, you should go to heise.de and in zdnet ...

If you have then limited the selection to a few 60 inch TVs, the above list may help to select the right candidate. You should always research the current prices, because something is happening almost every day. I would be happy if it helped you as much as it did my friend!