The best hard drives for the NAS or other RAID system 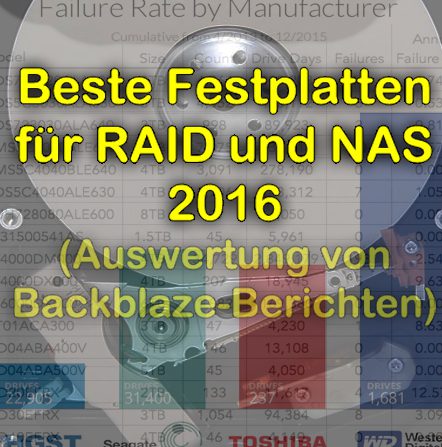 Would you like to log into the computer RAID (Redundant Array of Independent Disks) or as an external unit NAS (Network Attached Storage), then you need reliable hard drives. But where to look when you can the best hard drives for RAID and NAS want to find? Well, one suggestion would be the quarterly reports on the performance of the hard drives of the backup service provider Backblaze. I rummaged through them and for you the best hard drives with terabyte-wise storage picked out.

For beginners: what are RAID and NAS?

Of course, not only technology freaks and system administrators come to this site, but also ordinary electronics and Apple fans. Therefore, a little explanation should be inserted at this point ... So, a RAID system describes a network of hard disks for distributed, multiple and / or independent storage of data. This is for data security (but not for data security; it is not a backup substitute).

While a RAID can also be in the computer, This is how a NAS describes the hard disk drive in its own housing as a network device. This means that not only the data of one device, but also those of several devices can be safely stored in the network. The aim of both considerations is to prevent acute data loss in the event of a hard drive or system failure.

Who would like to dive a little deeper into the topic and want to know what it is with RAID 0 to RAID 6 has to do with, I recommend this detailed and readable article the PC WORLD.

Backblaze: Report on the reliability of various hard drives

If you select the best hard drives for RAID and NAS then you should turn to the professionals right away. It is true that you only get to them hard drives that are not lying around in the 1 euro market, but those that are reliable and durable are. And what is "long-lived" for a backup company is often "lifelong" for the average consumer. In this respect, the investment is also worthwhile.

Let's start with one right away Long-term observation of the hard drives from Backblaze at. The company primarily uses storage media from HGST, Seagate, Toshiba and Western Digital (WD). If you look at the error rates of the disks, you can see above all the models from HGST and some from Seagate ranked far below. Seagate also brings models that are more prone to errors and are then surpassed by records from Toshiba and Western Digital: 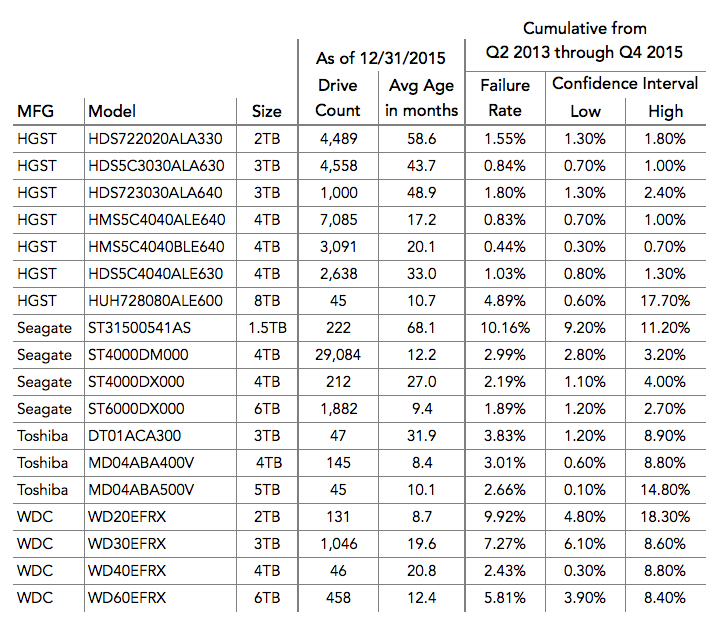 The best hard drives for RAID and NAS according to Backblaze; Source: backblaze.com

If you look at the evaluation of the data as a diagram, then you can see how well you basically relate to the HGST hard drives can leave. However, one should see that the error rate is also at Toshiba hard drives are available as assessories. Seagate storage media is still below 4%. The WD hard drives scratch at the 7% mark, which is not a destructive value per se: 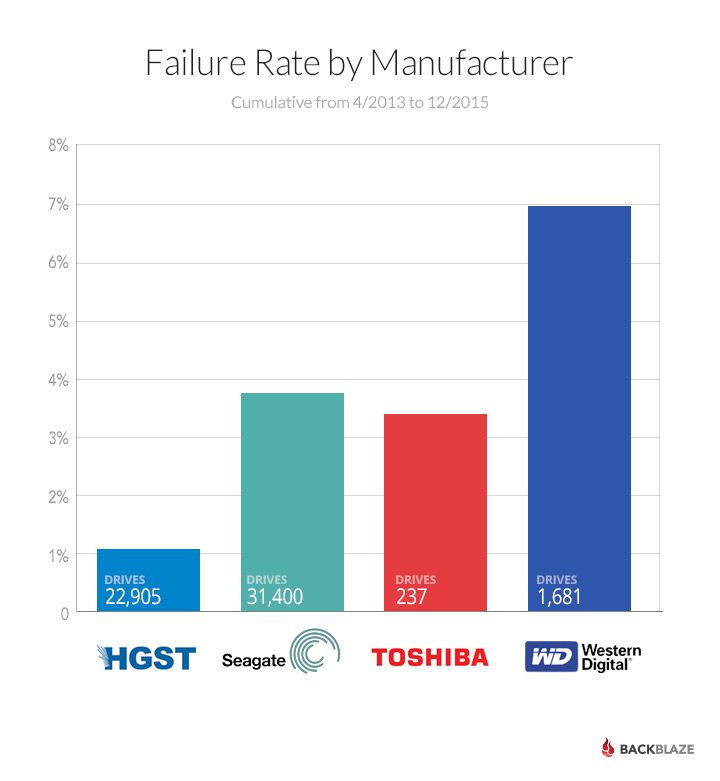 Diagram showing how reliable the hard drives from HGST, Seagate, Toshiba and WD are; Source: backblaze.com

Backblaze's report on the first quarter of 2016 is a little more up-to-date, but less geared towards long-term viewing. So you're looking the best hard drives for RAID and NAS 2016, then you should be interested in these values. So let's take the table with the "Hard Drive Failure Rates for Q1 2016" of the article at hand: 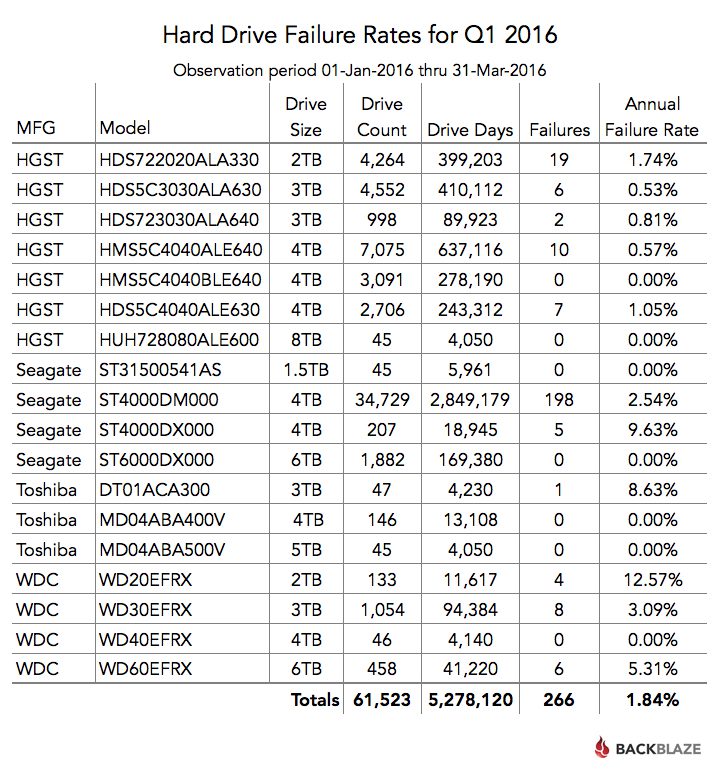 As we can see, there are some records that do one Failure or failure rate of 0% exhibit. This may be due to the fact that they haven't been running that long. However, it speaks generally for these hard drives. Because there are also some in the overview that have not been running for long, but have already made problems several times. (It should not be forgotten that many values ​​are cumulative, but they do give a good insight)

I have to look after the Hard drives with 0% error rate or only looked around in very small percentages. In fact, you can find some at the mail order companies that are otherwise frequented. Here is my link yield when it comes to the best hard drives for RAID and NAS goes:

Best hard drives for RAID and NAS in your opinion

Was there one for you among the presented hard drives? Do you have a system that works on Data security through multiple hard drives builds up? What experiences do you have with it and which records can you recommend? Feel free to leave a comment and extends this article with information and reviews.