The best iOS and iPadOS apps for "between the years" 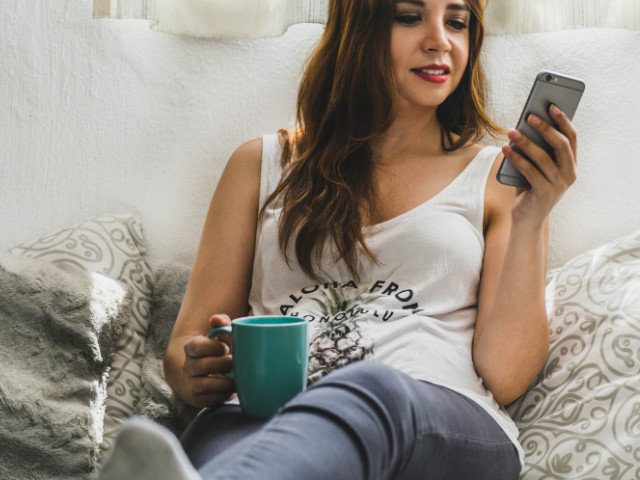 Do you have time between Christmas and New Year to relax, to enjoy games, pop culture, music or other leisure activities? Well, there is certainly an app for it;) In this little guide you will find a few examples of apps and other software services that will bring you boredom on the Apple iPhone, Apple iPad or Apple iPod Touch between the years . Do you have your own suggestions as a supplement? Then leave a comment with your favorite apps!

iOS and iPadOS apps for the period between Christmas 2019 and New Year 2020 are available here. You will find games, fun and relaxation with the following recommendations. Ho! Ho! Ho!

First of all, of course, I want to mean you guys Sir Apfelot app recommend, which has also been available in the optimized iPad version since October. In the app you can find all blog posts free of charge and without advertising. You can also set favorites and customize the display and notifications. But now to the other apps that are also recommended.

If you want to see what Apple thinks are the best apps and games this year, go for it just click here. In the article I have summarized the programs and games that have been officially recognized by Apple. In addition to applications for iPhone and iPad, there are also applications for Mac and Apple TV. In addition, “Sayonara Wild Hearts” was chosen as the best game from “Apple Arcade”. The games from the App Store, which were awarded for iPhone and iPad, are atmospheric and just the thing for the time between Christmas and New Year.

Apple's own apps and services

If you are looking for multimedia content, you can next Netflix, Amazon Prime Video and Amazon Music, Spotify and Deezer also use the services offered by Apple. Apple Music brings you music, podcasts and audio books, for example. But you can also find books; with the app of the same name. You get films and series with the Apple tv + streaming service. You will receive a game flat rate through Apple Arcade. A little tip: Simply use the time between the years to enjoy the free trial subscription for the individual services;)

Games for iPhone and iPad

In the app store description of Machinarium is the game task: "Help Josef the robot to rescue his girlfriend Berta who was kidnapped by the Blackcap Brotherhood.“- You can do this in a nicely drawn point-and-click adventure after buying the 5,49 euro game. The scenic puzzle scenarios are particularly effective on the iPad. Screenshots, further information and the download you can find here.

Probably doesn't need an overly large description South Park: Phone Destroyer. The free game, approved for ages 17 and over, is a mixture of a fantasy fighting game and a trading card game. Different decks, always new tasks, local and PvP battles as well as the somewhat dirty "South Park" charm make the free game an entertaining and funny entertainment on the iPhone. Further information and the download is available with this link.

With Mario Kart Tour you get the racing classic from Nintendo on your mobile Apple device. Different characters, vehicles and difficulty levels challenge you to drive a route several times. A good alternative for everyone who doesn't want to dig out their old Nintendo console at home or who don't want to go out and about Nintendo Switch (Lite) have ready. You can watch and download the game for iPhone and iPad for free in Apple App Store.

The game designed for multiple players Space team is exactly the right thing for the New Year's Eve celebration or to spend time with the (younger) family members on the Christmas holidays. In short, it's about: Everyone has a spaceship control panel in front of them that has more or less useful controls. In the course of the game, commands are shown that you have to carry out - if you do not have the control unit mentioned in it on your desk, you have to ask another player to carry out the command on yourself. But since everyone receives orders at the same time and these are updated faster and faster, there is quick chaos, raised voices and alarms on board. Sounds good? Then take a look at it.

By the way, you can join in with normal chess Really bad chess saying goodbye. The game is no longer new, but something for everyone who is bored with the conventional game. Because with this chess app it goes haywire: move into the game with three women or get a checkmate with seven horses? This works out! There is an undo button for beginners and everyone who cannot think as unconventionally as the game demands from the start. I already had more details, screenshots and experiences with the app in 2017 in this review summarized.

Relaxation, time out and meditation via app

If you want to relax and enjoy a break, you can basically just turn off the iPhone and get involved Digital detox surrender. The positive side effect: the iPhone is restarted, which can solve some bugs, incorrect logs and app problems. For you as a user, this also means: not being on social media, not reading and answering messages immediately and finding peace. If you still need apps for this, there are different solutions for meditation, breathing and mindfulness. For example, free offers are breathe: meditation & timer as well as Calm: meditation and sleep or the popular app 7Mind Meditation & Mindfulness.

Fireworks alternative as an experiment and sticker

Fireworks in the form of rockets, firecrackers, firecrackers, bengalos and so on have many disadvantages: they make dirt, spread fine dust, scare pets and game, pollute the environment and burn the money earned over the year. So why not switch to digital alternatives? For example, between the years you can go with Fireworks Laboratory Combine different virtual fireworks for free and thus compose a festive spectacle. The child-friendly app can also be used on New Year's Eve when it rains;) You can also include your New Year's messages Fireworks, Pyro, Bengalos & New Years Eve Stickers upgrade;)

What are your app recommendations for the period between Christmas 2019 and New Year 2020? Leave a comment with your favorite apps :) Merry Christmas!