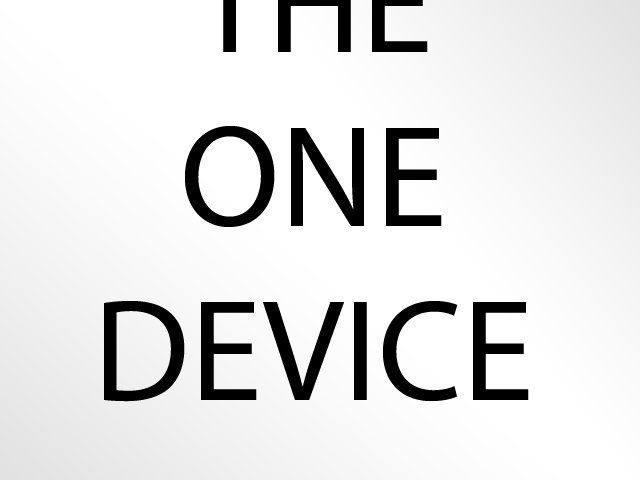 The book The One Device: The Secret History of the iPhone by Brian Merchant describes the history of the iPhone - as well as the history of Apple that led to this device. The book with 22 pages of iPhone history, which will be published in Germany tomorrow, June 2017, 416, is also intended to bring to light details that have never been published before. In the USA you can already buy and read it, which is why some content is already circulating on the internet.

The One Device: The Secret History of the iPhone by Brian Merchant is intended to reveal interesting background information on the cult iPhone. You can already order it from Amazon.

Steve Jobs and the back button on the iPhone

Early Android devices had not just one button on the front, but three. They are also available on devices with a large screen as software-based buttons. The iPhone, on the other hand, has only one button, the home button - and has been since the first generation. According to Brian Merchant's book, Steve Jobs wanted a back button.

However, the designer Imran Chaudhri, who worked for Apple for 19 years, was able to convince him that the iPhone was easy enough to use and that the menus were not so confusing that a back button would have been necessary. A second button would make the iPhone more complicated - such a statement could of course convince Steve Jobs.

The One Device: The Secret History of the iPhone

The book The One Device: The Secret History of the iPhone can now be pre-ordered from Amazon. There are already reviews that have been taken over from the US .com site. Out of 9 reviews, 7 reviews have 5 stars and 1 review has 4 stars. The single 1-star rating is not a verified purchase. If you want to order Brian Merchant's book, you have four options:

iPhone book by Brian Merchant
In the book The One Device: The Secret History of the iPhone, Brian Merchant not only explains the genesis of the first iPhone, but also goes into its development, individual components, Siri and the iPhone as a "Sellphone". Certainly 416 pages worth reading, from EUR 11,99.
4,94 EUR
Buy it at Amazon Price includes VAT, plus shipping costs (updated: 4.12.2021 at 22: 50 clock)

On the new Apple campus, the Apple Park, there will be a new event hall that will also be used for keynotes. The so-called Steve Jobs Theater could serve as the venue for the September Keynote 2017 this year. So after 10 years the iPhone would find its way back to jobs. The book described above begins with the beginning of Steve Jobs’s address on January 9, 2007:

"Every now and then there is a revolutionary product that changes everything. [...] Today we introduce three revolutionary products of this kind. The first is a wide-screen touch-controlled iPod. The second is a revolutionary mobile phone. And the third is a breakthrough device for Internet communication.“- In the end, of course, Jobs meant one thing with all three devices: the iPhone. The rest is history, which is told in, among other things The One Device: The Secret History of the iPhone.