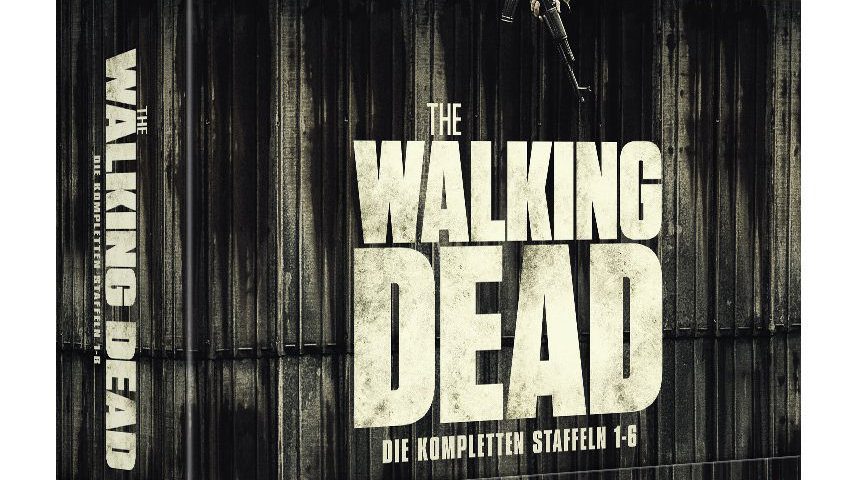 Around 2003, Robert Kirkman had the idea for a story about a zombie apocalypse. The Walking Dead was initially published monthly in the form of a comic at Image Comics until the decision was made to produce a series, which was then broadcast by the AMC from 2010 onwards. A great moment for many hardcore zombie fans. ;-)

The story of The Walking Dead

Simply put, the series is about Richard 'Rick' Grimes, who, along with his family and a few other people, is trying to survive a zombie apocalypse. This story approach is initially neither special nor particularly new, after all there are already quite a few films that deal with this topic, for example 28 Days Later, Night of the Living Dead from 1968 or World War Z.

What makes The Walking Dead stand out from the sheer volume of zombie stories is on the one hand the course of the story and on the other hand the characters. Credibility and realism are a big issue at all times. Robert Kirkman has clearly thought about how an apocalypse would actually unfold, how people would behave and what they would do to ensure their survival. If you don't know the series yet, you might want to watch the trailer for season 1 (in the original English language):

Something new: No zombies, but walkers

The story starts with the main character Rick Grimes, who is shot during a police operation and ends up in the hospital. He is put into a coma and weeks go by. When he wakes up he is alone. The area is devastated, deserted, dead lie on the streets. Of course, it doesn't take a police officer to find out that something is wrong, but it doesn't do any harm either. In any case, after one or two encounters with a walker - the dead are not referred to as zombies, but as "walkers" or "biters" in the German translation - his family again, i.e. his son Carl and his wife Lori, who are there has apparently set itself the task of driving the viewer insane from then on. The woman makes more questionable decisions than you can handle.

Lori and Carl, along with Shane, a friend of Rick's, have teamed up with a group of strangers, one of whom is a biker-vest guy with a crossbow. Daryl Dixon is the undisputed favorite character of the audience. Interestingly, it doesn't even appear in the comics but was invented specifically for the series.

By the way: The Walking Dead was planned by Robert Kirkman from the beginning as an endless story about Rick Grimes. And you can clearly see that, because the former policeman is standing while many of his companions are falling. The zombie series strikes similar tones as Game Of Thrones, a series that is also known for many character deaths.

But this uncertainty also creates the certain attraction when you stare spellbound at the screen and hope fervently that your favorite character will not be eaten up by a zombie or shot down by a madman. 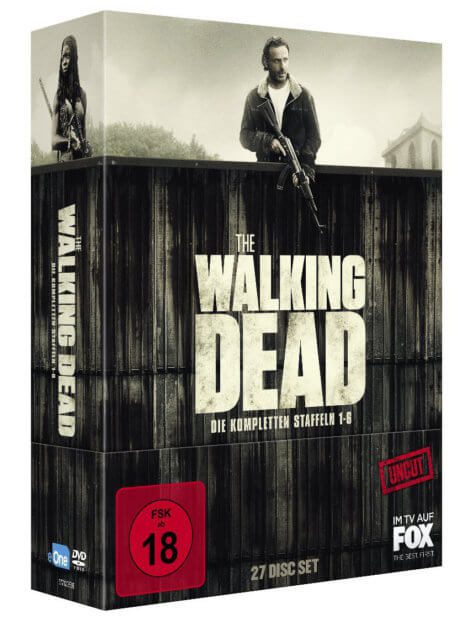 Now available for pre-order on Amazon: The Walking Dead DVD box with seasons 1 to 6 (Photo: Amazon).

The recipe for survival of the zombie calypse: first close, then ask

Speaking of madmen: The more the series advances, the more it becomes clear that the real threat does not come from the undead, but much more from other survivors, i.e. from humans. Of course, you soon realized that it was much safer to form groups than to wander around the country alone. Some are friendly, but most of them are not. And so Rick and his friends meet several times during their trip to other groups that are not friendly towards them and against whom one has to defend oneself. There is also a point of criticism here that many like to raise: the plot repeats itself over and over again in the 6th season. You wouldn't think of anything new.

In principle one can understand this argument, but actually it is only understandable that in a zombie apocalypse one tries to build a safe shelter, a fortress. When this falls, you move on and look for the next safe haven. The Walking Dead manages to do it exceptionally well, but still surprise again and again. Variety is really not the problem. If you just make the mistake of getting upset with one episode that hardly anything has happened, the next one will take off your socks because you can hardly keep up with the tumultuous events.

In addition, the character development moves at a high level. Let's take Rick as an example, who at the beginning of the story still wears his police uniform, which is symbolized in that he still adheres to certain moral concepts. Over the following seasons he changes more and more as a result of the experience. He becomes more cynical, more suspicious, unscrupulous. At some point you actually have to ask yourself whether it is still that easy to call Rick and his people "the good guys".

When is the 7th season of the Walking Dead coming?

The seventh season of AMC's hit series is currently running in America. That means that here in Germany we will probably have to wait a long time before we can enjoy The Walking Dead again. In theory, this is the perfect time to look through the series again from beginning to end, catching up on what has not yet been seen, or finally getting into the story if you haven't gotten around to it yet. And apart from that, such a DVD box simply looks good on the fan shelf, especially if you have a small collector's heart. ;-)

DVD box with seasons 1 to 6 of The Walking Dead

If you are interested in this series and have not been able to watch season 6 because it is not yet on Amazon Prime Video, then this DVD box with seasons 1 to 6 might be interesting for you. It can currently be pre-ordered on Amazon and will be delivered towards the end of January 2017. By the way, this version is uncut and not a lukewarm FSK 16 infusion. So not for the faint of heart! ;)