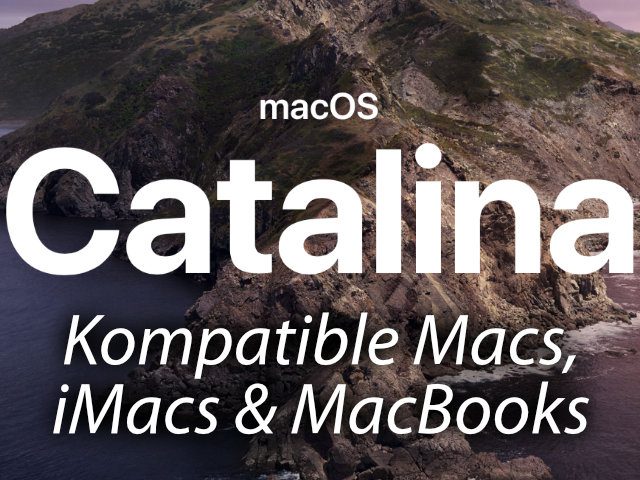 On June 3, 2019, Apple presented its new operating system for desktop computers, all-in-one computers and laptops at the WWDC 2019 keynote in San Jose. But which Apple Mac models are compatible with macOS 10.15 Catalina? Which iMac and which MacBook will get the system, which will be released in autumn this year with a free update; and which models check the App Store for free after an update? Here you get the overview and the link to the Catalina page with all further information.

Everything you need to know about macOS 10.15 Catalina: WWDC information

Update 25.10.2019/XNUMX/XNUMX: If your Mac is not compatible, you can still use Catalina with this Patcher for macOS Catalina to install.

Which Apple Mac models get macOS 10.15 Catalina? Here you get a list of all Mac, iMac and MacBook devices including Pro and Air versions!

These Apple Mac models are compatible with macOS 10.15 Catalina

With regard to the Mac, there are two product families from whose ranks individual devices are equipped with the new Apple operating system: Mac mini and Mac Pro. The mini models are from 2012 and the Pro models from 2013. In the following I have compiled a list for you so that it is completely unambiguous.

These Apple iMac models are compatible with macOS 10.15 Catalina

In the following you get an overview for the models from the product lines of the regular iMacs and the iMacs with the "Pro" addition. So you can see at a glance whether your Apple desktop computer with its own display is already ready for the operating system that will be released in autumn 2019.

With the MacBook we have three product families that you have to keep in mind if you want to look at technical details and compatibilities: those without add-on, Air and Pro. Below you will find the overviews for all three, so that you can see at a glance whether your Apple laptop can be equipped with the new OS or not.

Information about the operating system and compatible computers

The official website for macOS 10.15 Catalina is currently only available in English. However, you can use them to get detailed information about compatible Mac models. Just scroll down (quite far) and you will find a quick overview with the heading See if your Mac can run macOS Catalina. There is also a German press release at this point. 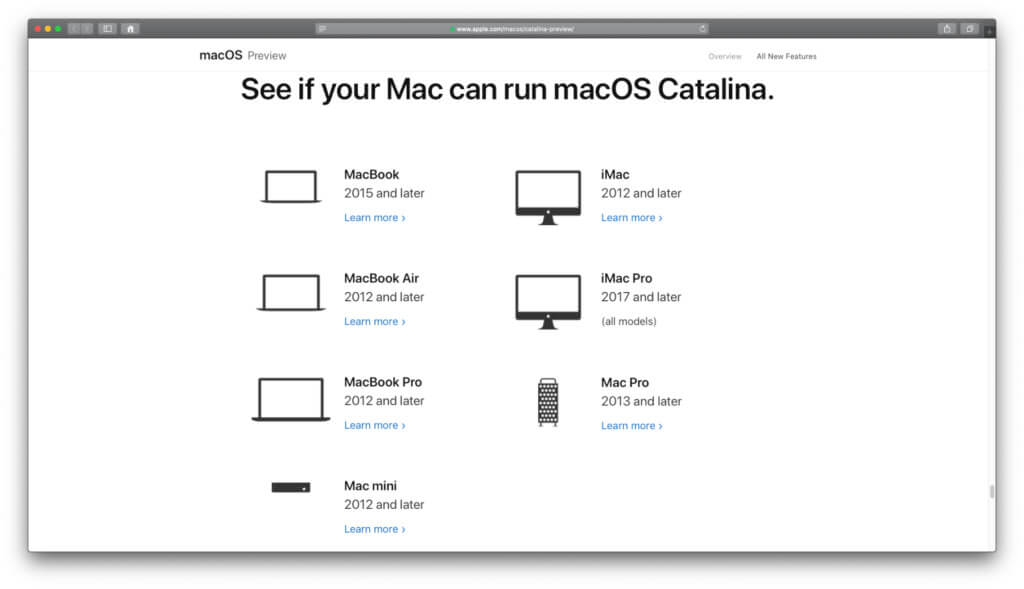 Apple Mac models compatible with macOS 10.15 Catalina. There is a list of devices on the Preciew page for the operating system.

For every product family of Apple computers there is a “Learn more” on the Catalina page. If you click on it, you will be redirected to the German support pages, where you can determine your own model. Because some of the computers listed above (especially the laptops) have different models for the same year; For example, the Pro Notebooks with either two or four Thunderbolt 3 ports. If in doubt, just have a look;)