How to find the serial number on Apple TV 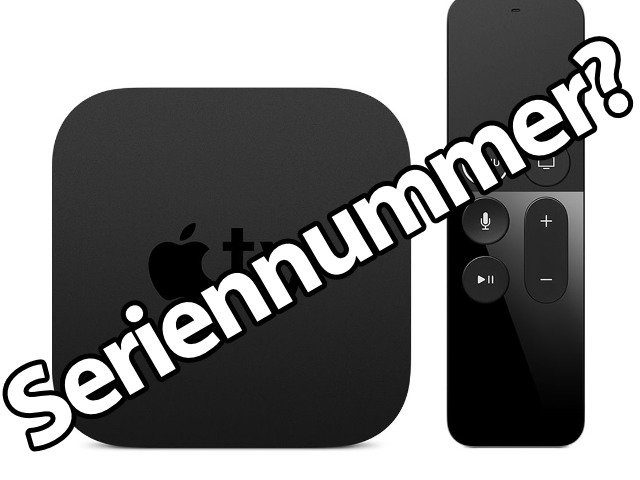 In the settings: Read out Apple TV serial number

The easiest way to operate the device is of course via the settings. To do this, first call the menu item Settings on. Then choose General and subsequently Info. In addition to the device name, you will also find the exact model and number as well as the serial number as the next point. You can also read the tvOS version and details about the WiFi connection there. Here is an example image from the Apple website: 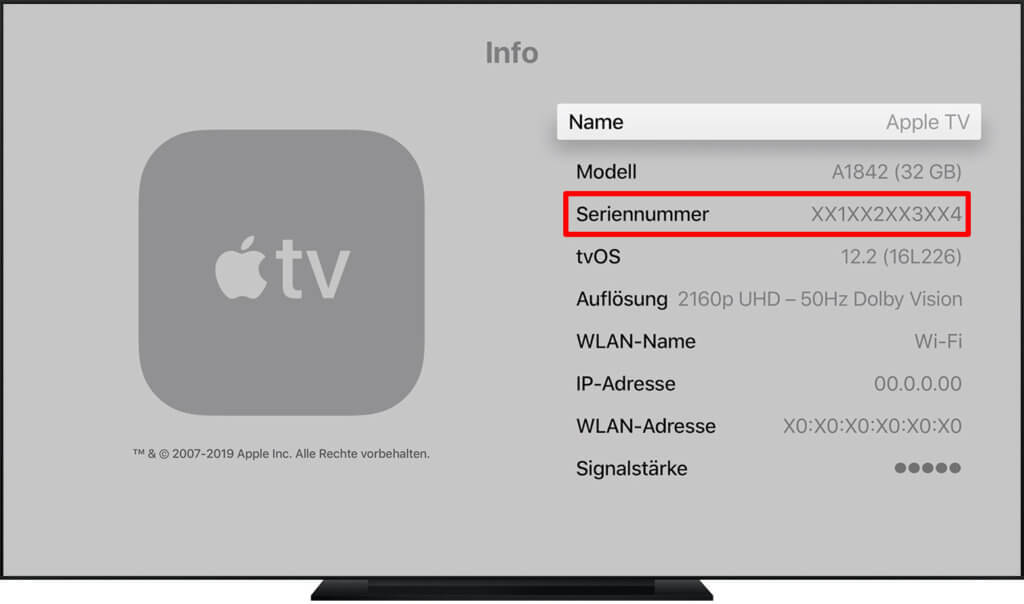 You can search for the Apple TV serial number in the menu of the device in the settings.

Find the Apple TV serial number on the packaging or device

If your TV box doesn't work or you can't use it on a TV, there are two completely analog ways to find the serial. On the one hand, it should be on the packaging of the device. On the other hand, it can also be found on the back or underside of the Apple TV. Between the Apple logo and the symbols for certification, disposal and co. You will find information such as “Designed by Apple in California”, “Assembled in China”, the model number and the like. Finally there is also "Serial" followed by the serial number of the Apple TV: 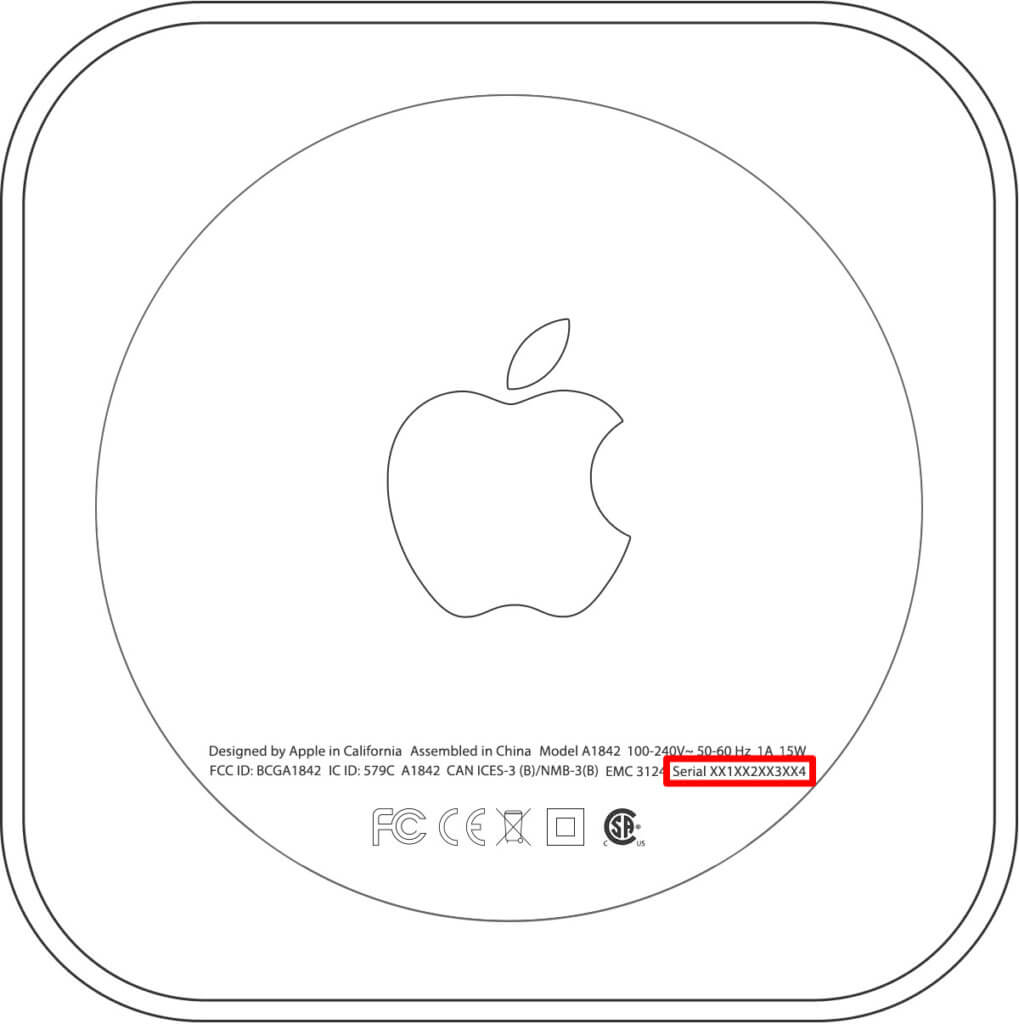 The Apple TV serial number can also be found on the packaging or on the bottom of the device. Here is an example graphic from Apple.

Find out the serial number of the Siri Remote

Both the Apple TV HD and the Apple TV 4K come with the same remote control. Where Siri can be used, it is called "Siri Remote". In countries and regions where Siri is not available, it is called "Apple TV Remote". Both models also have a serial number that you can call up when used in a region and language for which Siri is available. You then use the menu with the following points: Settings -> Remote controls and devices -> Remote Control.