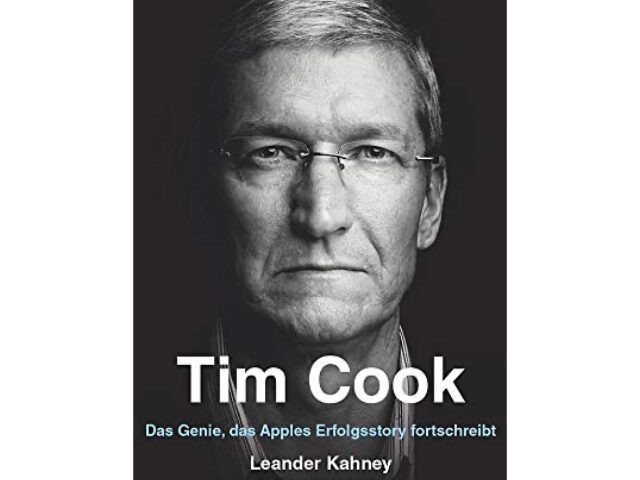 With "Tim Cook: The genius that continues Apple's success story", Leander Kahney provided a kind of biography about the current Apple boss in 2019. After reading the official Steve Jobs biography the content of this book may seem a bit thin. However, it does provide some insight into the world of Tim Cook, his leadership style at Apple and his success with the Cupertino-based company. The book has 320 pages and these are divided into 12 chapters. What content awaits you, where you can buy the book and further information can be found in this small post.

Tim Cook: The genius that continues Apple's success story by Leander Kahney shows how the Apple boss, who has been operating since 2011, is continuing the company's success after Steve Jobs' death.

"Steve Jobs dies in 2011. Everyone agrees that without him, Apple is doomed. Jobs' successor Tim Cook is considered by many to be the wrong choice - too little innovative, too little dazzling“, Traces the description of the book on the Amazon product page. But a few years have passed since Tim Cook took over as CEO of Apple; The book was published in July 2019. It is now clear that the technology company from Cupertino is also under the new boss  flourishes. How this came about is shown in these chapters of the book:

Tim Cook joined Apple in 1998, and in 2004 he represented Steve Jobs as CEO. In 2009 he again took over the chief activities of the Apple founder. This many years of experience as well as his previous work at Compaq and IBM should be taken into account if you want to classify your work as Apple boss. As you can see from the table of contents above, this is also done in the book about Tim Cook, that you can buy here. On the Amazon site you have the choice between the bound book and the Kindle eBook. What do you think? Feel free to leave a comment on Leander Kahney's book :)

Tim Cook: The genius that continues Apple's success story
21,99 EUR
Buy it at Amazon Price includes VAT, plus shipping costs (updated: 4.12.2021 at 13: 20 clock)
-
Do you like my blog? Then I would be happy to receive a short review on Google. Easy leave something here for a moment - that would be great, thank you!