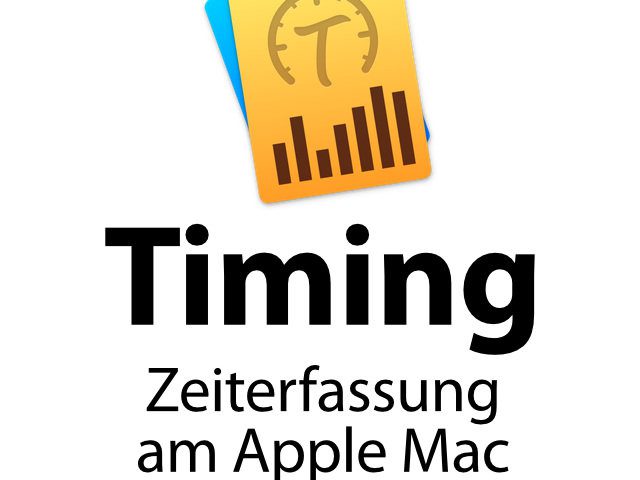 The timing app for the Apple Mac comes from the German developer Daniel Alm from Munich. It helps to automatically record the working hours and thus ensures that you can always settle it correctly in the home office. But in addition to the time recording on the Mac Timing with various functions and interfaces for even more convenience and a better workflow. For example, there is a log of processed documents (for compatible programs) and a calendar integration. Further details and functions of the app can be found in this post or directly on the official website.

Subscription tip: The full Timing version is also available in the Setapp package

Setapp available for macOS!" width="1024″ height="484″ /> With the Timing App on the Apple Mac, you can automatically track your time with recognition of the programs used and output working hours in a wide variety of overviews. Also available with Setapp for macOS!

Timing for Mac: Time recording under macOS on the Apple computer

"Do you know the problem of not knowing what you have been doing on your Mac all day in the evening?“- This is how the app starts on the website linked above. And I'm sure that those of you who do all sorts of jobs on the Mac can answer the question with a resounding “yes”. Especially when a wide variety of apps were used, a Word document was edited here, as an Excel table was filled and a graphic was edited in Affinity Photo. If you don't just want to run a digital stopwatch while performing the individual tasks, Timing from Daniel Alm can help you.

The smart timeline of the Timing Mac app shows when and which programs were used during the day. Times that belong together can be automatically grouped and added together. Blocks of time that were not spent on the Mac or in compatible apps are highlighted and suggested for other activities. Was there e.g. B. a meeting or an external appointment, the same can be entered afterwards. Much of this works via drag-and-drop and different colors help to clearly differentiate between different time periods. Overviews can be output in various overviews and diagrams (bar, cake, etc.) or in your own formats.

The timing app is compatible with various programs and system software on the Mac. And even if there is no direct compatibility, the program used is recorded (only the documents used are not recorded directly). To list all apps that are compatible with timing time recording would go beyond the scope of this article. Therefore you will only find a small excerpt from the following list:

On official website For the app you can find the three bookable packages under the menu item "Prices". If you choose the “most powerful version” with the name “Expert” and the monthly billing, then you pay a whopping 10 EUR per month. But you can also get the Setapp subscription at this point get, which costs just as much, but in addition to timing also brings over 190 other apps for office, productivity, creativity, leisure and Mac maintenance - and all in the full version with free updates.

That being said, these are the three timing packages and their prices:

Information provided without guarantee; Changes possible (as of August 18, 2020)

Conclusion on time recording on the Mac

The different packages of timing are conceivable for the different possible uses of the work computer. For example, if you do your home office tasks on your private home computer, you will probably need the Professional or Expert package, since there the hour recording is limited to working hours and the timer can be started and paused manually. This way, private sessions can be kept out of the recording. Alternatively, and this is of course also recommended without time recording, a separate user account can and should be set up for home office work on a private Mac. Anyway, take a look at the timing website or get Setapp directly; I can really only recommend that.