I hope you're not completely unnerved by the many Cyber ​​Monday and Black Friday deals I've been "knocking out" over the last few days, but some are really too tempting. I'm only looking for offers for products that I own and think are good, but there are still quite a few that I would like to introduce to you. Now there is still a list of deals from the equinux tizi brand, but that’s really over for today. : D

The equinux tizi products are certainly not the cheapest and even with a discount they still seem expensive. Nevertheless, I can only praise the charging cables and power packs. I've been using some of them for years and haven't had any failures. Since they are built according to German quality standards, I am less afraid of leaving them in the socket with the chargers than with cheap China-Noname things, which according to some YouTube reports have already caused accidents (from fire to electric shock) .

This charger has a USB-C output that can be used to charge current MacBook models as well as the new iPad Pro 2018. At 60 watts, it does not quite reach the maximum of the "official" MacBook Pro (15-inch) power supply unit (87 watts), but it is enough to charge the device during operation.

In addition, it charges the new 12,9-inch iPad Pro 2018 much faster than the original power supply that Apple includes. For those who have bought the new iPad Pro, the tizi gas station with USB-C connection is a very good addition. 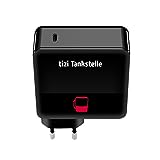 The tizi flip charging cable from USB-A to micro-USB puts an end to annoying trying out how the plug belongs in the socket. It just fits in every direction!

These small cable holders are an insider tip. They combine several USB charging cables or power cables in a spiral and thus keep your desk tidy.

Driver, co-driver and children - there are a few iPads and iPhones that need to be charged while on the move. With the tizi Turbo 3X you definitely have a lot of potential to get a lot of power out of a car socket for the devices. 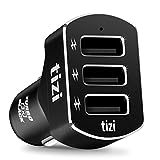 The tizi Beat Bag did quite well in many test reports. The sound is balanced and the 10 hours of battery life that the manufacturer claims are also realistic. So you can sound the next hike with the tizi "handbag" without any problems! 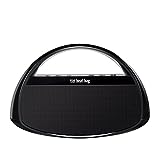 So, now I'm going to let you go into the evening you deserve. I make sure that I prepare a little testimonial for you from a reader who is in a lot of pain with Mojave, but then I'll give up for today too. ;-)