Today at Apple: Professional mentoring and videos for the home 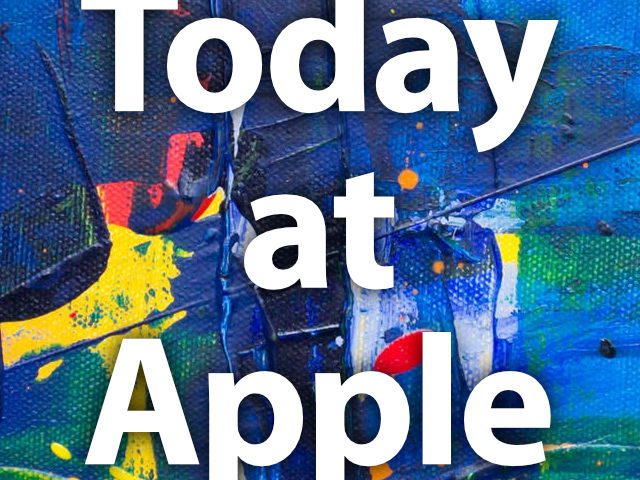 Back in June, Apple announced that the “Today at Apple Creative Studios” program would bring young people and professional creatives together around the world in order to facilitate an exchange of knowledge. Now there is good news for everyone who does not live in the appropriate places (Los Angeles, Beijing, Bangkok, London, etc.): Individual sessions from the “Today at Apple” program are made available on the YouTube video platform. This makes the offer even easier and makes it easier to get started with creative work. I have summarized further information on the subject below.

With Today at Apple Creative Studios, Apple started in June to bring young people and professional creatives together worldwide. In addition to the on-site sessions, there are also online courses and, more recently, YouTube videos.

"Beginning in Los Angeles and Beijing, participants will receive hands-on experience and mentorship from renowned artists, nonprofits and Apple“, It says in the Press release from June 22, 2021. It refers to "a global initiative that will provide career-enhancing mentors, professional training, creative resources, and access to Apple's full line of iPhone, iPad, and Mac products to under-represented communities around the world". Over the year, the offer will also come to cities such as Bangkok, London, Chicago and Washington DC. There are also no public sessions at home https://www.apple.com/de/today/. 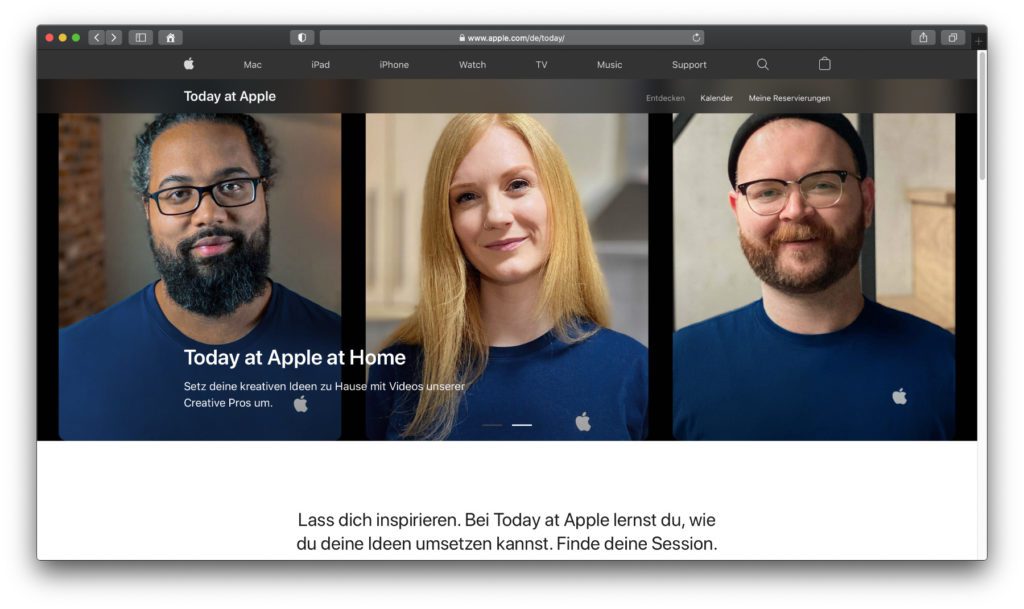 On the Today at Apple website, which is also available in German, you will find general information, sessions in your region and dates for online courses.

Today at Apple is also available as a video on YouTube

Like CNET yesterday pointed out, Apple is not only offering its creative courses in stores and on its own website, but now also on YouTube. It starts with a course in which you learn to draw yourself (or other people) as a Peanuts figure. Of course, the focus is on digital drawing with the iPad and Apple Pencil. But I am sure that the skills taught can also be transferred to other digital and even analog tools. You come to the video with this link. In the video description there is the link to the downloadable references as well as the list of required tools (iPad or iPhone, Pages app, optionally the Apple Pencil).