Tri-wing screwdriver for the Nintendo Switch and other consoles 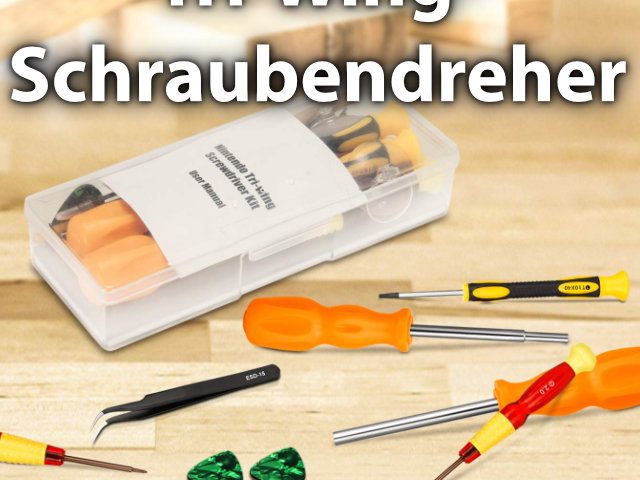 If you are looking for screwdrivers for Nintendo consoles, I have a hot tip for you. From Younik will on Amazon a tri-wing screwdriver set including additional tools and aids is offered. The package contains a total of 17 parts - everything from Nintendo screwdrivers and T-drivers to suction cups and brushes to tweezers and spatulas is included. According to the product description, it can be used Nintendo Switch, Game Boy Advance, DS, DS Lite, GameCube, Wii, SNES Classic, the respective controllers and even the Apple MacBook Pro. For the latter, however, I recommend - depending on the model - Pentalobe screwdriver. 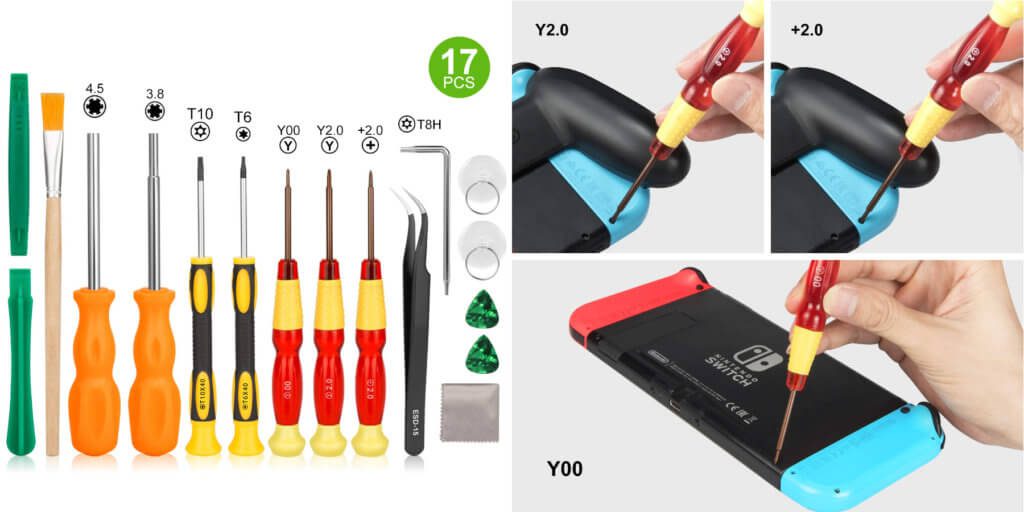 The set with Tri Wing screwdriver, tweezers, spatula and more is suitable for repairing Nintendo Switch and working on other consoles.

When repairing the Nintendo consoles, you need screwdrivers and, in some cases, replacement buttons for controllers, cables, a display panel or even more spare parts. In order to determine where the fault is or where individual elements have to be replaced, the console should be screwed on. And this is made easy with the complete package of 17 helpful parts described. However, it should be noted: According to a customer review, the 2 mm Phillips screwdriver is more of a tri-wing model. 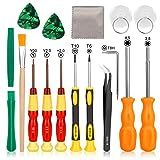 Screwdriver set for game consoles
The set with Tri-Wing screwdriver and other tools for Nintendo consoles and handheld devices offers numerous possibilities. Inspect hardware, replace components, renew buttons and much more is possible with it.
14,99 EUR
Buy it at Amazon Price includes VAT, plus shipping costs (updated: 23.01.2022 at 15: 50 clock)

Here in the blog you can find one and the other guide to Nintendo consoles. These include some hardware issues, such as repairing N64 or GameCube controllers. Take a look, maybe there is something for you;)