Trick: Data recovery with Disk Drill Pro on the Mac for 10 euros instead of 100 euros 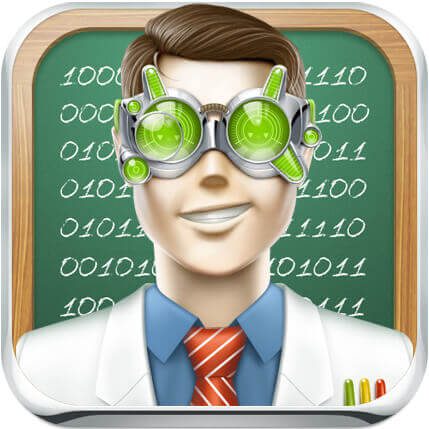 A few days ago my reader Bernd wrote me a message. Obviously something broke when writing to a USB memory stick and the USB stick was unfortunately no longer readable by the Mac. After some research, Bernd is on the software "Disk Drill", from which he downloaded the free" Basic "version onto his Mac. Although it shows what can be restored, it unfortunately only offers the functionality for this in the paid Pro version.

A very good sales argument: you put the filled bowl in front of the user's nose, but if he wants to strike, he has to throw in money. In case of Disk Drill Pro it is just under 100 euros that you have to shell out. However, this sales technique is common practice and from my point of view even advantageous for the customer, as you can already see whether you can even find the data that you want to restore.

With a little detour via the Setapp software subscription service, you can get the Pro version of Disk Drill for around 10% of the normal price.

First of all: the tool Disk Drill is really worth the money and in this post I do not want to dissuade users from buying the software. It is a great program, especially for Mac users, as the current version also supports APFS volumes and thus even macOS Catalina or Mojave hard drives can repeat the data.

Contrary to the general trend towards subscription obligations, the developers of Disk Drill are taking a different approach: you can purchase the software for 98 euros and can also book lifetime upgrades for another 32 euros. In this way, you have bought one of the leading software solutions for data recovery on Mac for 130 euros and you will receive every update that is to come in the future at no additional cost. And of course, in addition to hard drives, Disk Drill can also use other data carriers such as USB sticks or memory Cards edit any kind.

Here is another - unfortunately English - video of the software developers for Disk Drill:

The tip: Purchase Disk Drill Pro with a Setapp subscription

Since my reader Bernd only wanted to save some files from a USB stick, my recommendation was that he should go for the Register for a Setapp subscription. In this software subscription, which costs just under 10 euros per month, is the Pro version of Disk Drill and you can book the subscription monthly. In this way, you can use the data recovery software for a small amount for a good 4 weeks without having to buy the permanent pro version.

As a rule, you only need a data recovery tool once in your life or every few years, and then of course you are reluctant to spend a lot of money on it. Through the interaction of Disk Drill Pro and Setapp you can solve the matter much cheaper.

Setapp is extremely convenient when it comes to installing and uninstalling software. One click is enough to install the desired software via the Setapp app.

Setapp even has one grants a free trial period of 7 days, it would theoretically be possible to get the Pro version for free and then test the data recovery for 7 days. In practice, you shouldn't. On the one hand to support the software developers, but above all because Setapp has such an extremely good collection of apps for the Mac that you should stay with them for at least a month to test the bundle of over 160 Mac apps. It's really worth it.

This time I leave the conclusion to this idea to my reader Bernd. I think I couldn't put it better:

Hello Jens, 1000 thanks for “Setapp” and the free DiskDrill Pro included in it - great class! I was now able to access the data from my striking USB stick and back it up without any problems! The software is sensationally good, but the data wasn't accidentally deleted, only the file system was probably damaged, so that the stick could no longer be mounted. And after reformatting it works again, wonderfully. And Setapp is really also tremendously interesting, amazing, what is there!