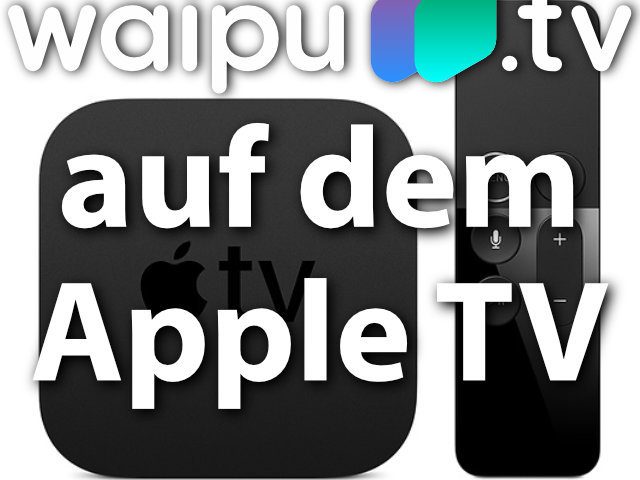 There are various providers on the market for the purchase of television, pay-TV and streaming content via the Internet. One of them is Waipu TV. With the appropriate app or browser solution, numerous free channels, pay TV channels and other media sources can be obtained. Depending on the package booked, there is also a pause, a recording and HD option. The two to four devices that can run Waipu TV at the same time now include the Apple TV with tvOS. However, it should there - according to the golem - there are a few more restrictions.

Waipu TV does have a free offer that includes 40 channels and playback on two devices. However, this does not work on the Apple set-top box. In order to be able to access the app or its content, you need one of the paid subscriptions for € 4,99 or € 9,99 per month. Which advantages these bring is written on the Provider page. There is also information about the app and the offer on the corresponding page in App Store for Apple TV, iPhone and iPad. There is no Mac app. It is not yet clear whether and when the free version of the program will also be available for Apple TV.

O2 offers the offer in a roundabout way

If you think of the news that "O2 TV" has also been available for Apple TV since May 2019, you shouldn't be surprised. Because Telefónica Deutschland's mobile phone and internet provider also uses the Waipu TV service for this. Golem also reports this in the post linked above. On the Website of the offer but it also says “from 4,99 €”. So it doesn't seem to be worth switching to O2 for Waipu TV use, as neither the free package nor a significant discount can be expected there. In addition to TV channels such as ARD, ZDF, ProSieben, VOX, Arte, KIKA, MTV and SIXX, the package is also advertised with content from My Spass, Gronkh and Rocket Beans TV.