USB-C on the iPad Pro 2018: what is currently possible and what is not 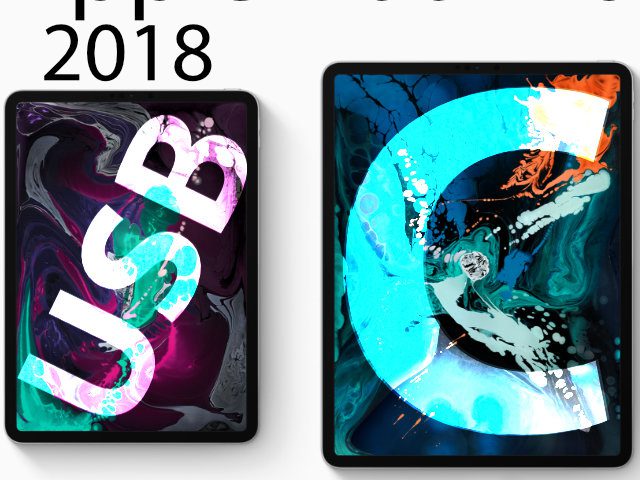 The iPad Pro 2018 is the first Apple tablet that has a USB-C connector instead of a Lightning port. This increases the connectivity and the number of possible uses of the device considerably. But which peripherals, which accessories and which gadgets can be connected and used on the iPad Pro with USB-C? In this little guide you will find a list of supported devices, possible adapter solutions and restrictions. Because a lot is currently possible, but not everything.

Connect the iPad Pro with USB-C to a monitor, television, storage medium, network, hub, iPhone and more. Here you can find out what is possible and what is not.

Connect iPad Pro to Mac or PC via USB-C

As with other i-devices as well as previous generations of the iPad, the current Pro model can also be connected to a computer. To do this, simply use the included USB-C toUSB-C cable used. If the computer only has USB-A ports, a corresponding USB-C to USB-A cable must be used. An example of a quality cable with USB 3.2 Gen 2 and therefore faster transfer rate this one from Amazon Basics.

This is possible when connecting iPad Pro and computer:

Connect the monitor to the iPad Pro 2018

Both via USB-C with a Thunderbolt-capable cable and via an adapter and HDMIcable, a monitor or an external display can be connected to the Apple tablet. Devices with up to 5K resolution are supported. It is important to know that Thunderbolt 3 displays are not supported, so e.g. B. the UltraFine 5K display from LG offered by Apple rather it is a possibility. HDR10 is supported for compatible devices.

Connection to monitors or televisions via HDMI is possible with a USB-C to HDMI adapter. A resolution and refresh rate of 4K and 60 fps will be delivered with it. However, not with the USB-C Digital AV Multiport Adapter offered by Apple. This only manages 4 fps under 30K. For more frames per second, for example, the Belkin F2CU038btBLK be used.

This is possible when coupling the iPad Pro and an external display:

There are many options for using peripherals on the iPad Pro via USB-C. For example, the Apple tablet can be connected to a network or the Internet via an Ethernet adapter. Input devices such as a keyboard for writing or a MIDI device for music production are also possible. There are also hubs and docks to use multiple devices on the iPad at the same time. In this way, the tablet can be transformed into a computer with numerous operating, input and output options.

Connection and usage options via USB-C:

For example, data exchange is possible when connecting a DSLR camera, a card reader for SD or TF cards, a USB stick or an external hard drive. Due to Apple's security settings, the exchange of files is very limited. Only the camera folder can be accessed to store photos and video recordings on the iPad. Images and videos can also be imported. This is useful if you connect a photo camera, GoPro, SD card reader or external hard drive and want to edit their media on the go.

The restricted mass storage functions at a glance:

Pair with audio devices or headphones

You can connect audio devices such as speakers or sound systems as well as headphones of various types to the iPad Pro 2018 via Bluetooth, among other things. If you want to use a physical interface to connect these devices, you need a USB-C to AUX adapter for jack devices. A 2-in-1 adapter is required to charge the tablet or use other USB-C peripherals at the same time. There are also headphones with USB-C that do not require an adapter, splitter or dongle. I have summarized examples of all solutions for you in the following individual article: USB-C to AUX adapter for the iPad Pro.

With connected audio accessories, the following is possible on the iPad Pro 2018:

As mentioned above in connection with the connection to a Mac or PC, the iPad battery can of course be charged via the USB-C port. However, the iPad Pro 2018 can also be used as a charger or power bank. With a USB-C to Lightning cable it is possible, for example, to charge an iPhone, an iPod or another iPad. Another iPad Pro 2018 can also be charged with a USB-C to USB-C cable. Numerous other devices can be supplied with power via USB-C to micro-USB.

Charging options are via USB-C:

Conclusion on the connectivity of the Apple iPad Pro (2018)

Thanks to the USB-C connection, the current Apple iPad Pro and future generations can be used much more extensively than the "old" models with Lightning. There are currently still some restrictions, for example in the use of the display, the screen extension and the use of mass storage devices. However, working on the iPad has become much easier and more extensive. With the coming generations and updates of iOS (or the alignment with macOS), a more open system should also be possible.

Now you know what is currently possible via USB-C on the iPad Pro and what is not. What do you think about it? Feel free to leave a comment with your opinion and your usage examples;)