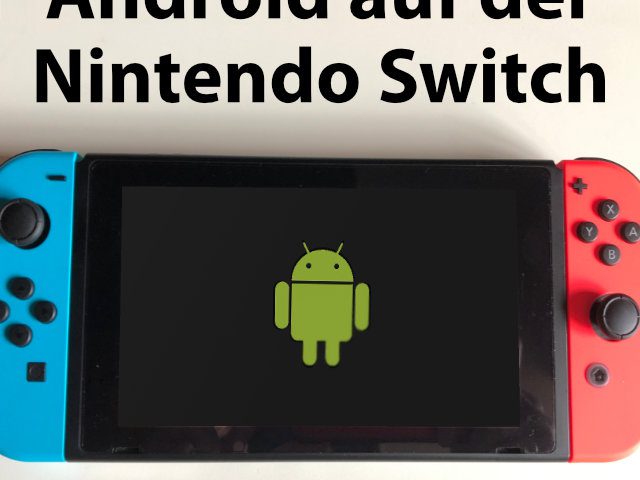 Use the Nintendo Switch as a tablet and run some kind of Android operating system on it? With LineageOS, which comes directly from the microSD memory card can be started, it is possible. This makes cracking the console unnecessary, so that you (theoretically) do not endanger your game library and the functionality of the console itself. I have summarized details on the topic for you in brief below. But notice right at the beginning that even with the new LineageOS version, which is based on Android 8.1 Oreo, there are still restrictions on the use of the switch as a tablet.

Using the Nintendo Switch as an Android tablet is possible with LineageOS 15.1, which is based on Android 8.1. However, there are limitations to this solution for Android on the Switch. Photo and montage: Sir Apfelot

LineageOS 15.1 on microSD card turns the switch into a tablet

Among other things, extensive access to the Internet and the use of Android apps is possible with the current LineageOS version 15.1. According to the information in the XDA Developers Forum it is an Android ROM based on Nvidia Shield TV builds. In addition, it does not only work in the handheld mode of the Nintendo Switch, but also when the hybrid console is connected to the TV via its dock. This means that Android, apps, games and more can also be used on a large screen. On the linked page you will not only find the download of the required software, but also instructions for installation and use (in English).

Disclaimer: Sir Apfelot assumes no liability for any damage to consoles.

Android on the Nintendo Switch - Long list of bugs

As ambitious as the project seems, the list of bugs and unsolved problems in the system is just as long. For example, since the corresponding sensor cannot be addressed, there is no need to switch from the transverse to the longitudinal view. It also does not indicate that the console is charging, even if the battery is charging. In addition, some apps do not recognize the Joy-Con controllers correctly. It can also happen that the WLAN simply breaks off and that no virtual keyboard is displayed in TV mode. The bug list for Android on the Nintendo Switch offers a few more points. So you should know exactly for which applications you want to turn the Nintendo Switch into an Android tablet.