Usenet Archives: Search millions of posts on the 80s internet 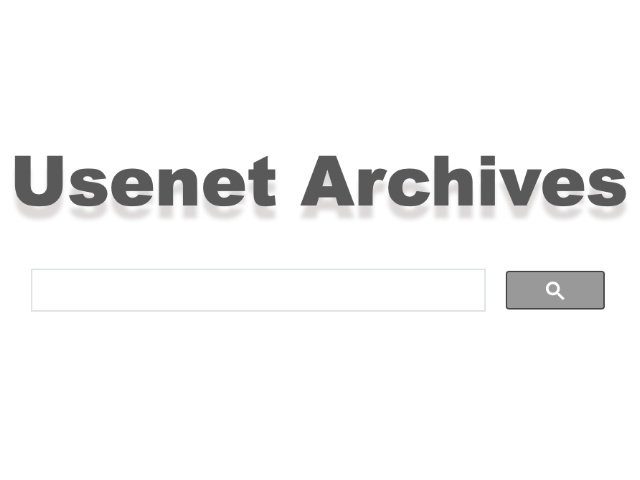 Usenet was the predecessor of today's Internet with the World Wide Web, its possibilities and abysses. From 1980 on, various topics were and are discussed in so-called newsgroups - and that apart from Twitter, Facebook, Reddit and Co. In order to make a few million Usenet posts searchable, they were recently published usenetarchives.com uploaded. Once archived on magnetic tapes, they can now be conveniently searched using a search function. Behind the project is Jozef Jorosciak, who mainly took over content from the Utzoo Netnews archive from Henry Spencer.

With the Usenet Archives, Jozef Jorosciak brought Henry Spencer's Utzoo Netnews archive to the modern Internet and enabled a search function. Here is a test request on the subject of Apple II.

Usenet groups, in which topic-specific discussions, speculations and information are given, as in a forum, are still active. They practically exist alongside the well-known Internet with its large platforms and discussion places. Those who wanted to archive them in the early days of technology mostly needed magnetic tapes. They were later converted into the so-called .TAR format. Using Python, they were then converted into a PostgreSQL database in order to present them on the modern Internet. They can also be searched in this way. Jozef Jorosciak describes the technical details in this blog post (English). According to the information on the archive page, it currently comprises 359 million posts in around 11.000 Usenet newsgroups.

Computer Usage from the Past: Links to a Bygone Era

By the way, there is still a topic about Usenet Archives a little article by Vice. If you want a little more nostalgia and want to use systems and programs from yesteryear in addition to news on various topics, you will find a few suitable options here in the blog. Because it is not only Usenet content that can now be easily tracked - for example Windows 95, System 7 or Mac OS 8.1 can be run on your Mac or PC with just a few clicks. Have a look here: