Can you use Apple AirPods on Android? 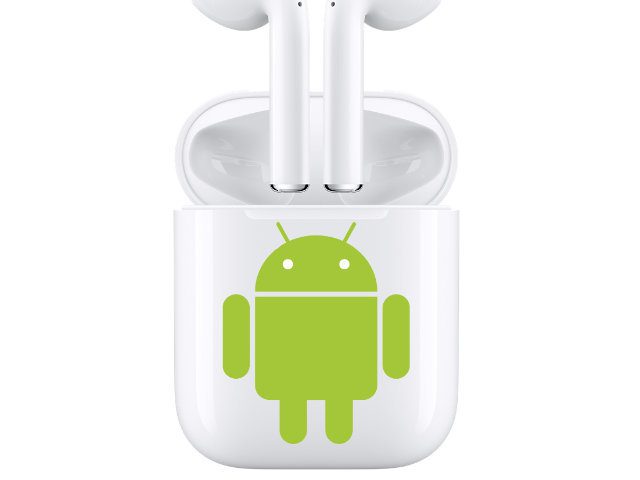 Can you use Apple AirPods on Android, for example as Bluetooth headphones for your smartphone or tablet? - You might ask yourself this question if you are toying with the wireless headphones from Cupertino, but only have a Mac and no iPhone, iPad or iPod. By the way, the answer is: yes, you can use the Apple AirPods with Android. According to a recent test on androidcentral.com was published, it has some advantages over other in-ear headphones.

Can you use Apple AirPods on Android? Yes, it's very easy to do via Bluetooth pairing. Siri is then of course not available;)

Use Apple AirPods with Android smartphones

According to Daniel Bader of androidcentral.com, the AirPods don't automatically connect to an Android phone like they do with the iPhone. Nevertheless, according to his test verdict, they are useful companions in everyday life, even if you rely on Android instead of iOS. Bluetooth pairing, even if it does not start automatically, is not made unnecessarily difficult. When Bluetooth is activated on the smartphone, it works in the same way as with other headphones. The Apple AirPods can then be used with the Android smartphone to listen to music, listen to podcasts or watch radio plays.

The navigation through the audio media and other commands via the AirPods headphones also work when paired with an Android phone. Of course, a double tap won't invoke Siri. This gesture is used to play or pause music on Android, which is also very practical. Bader does not write whether and how the Google Assistant can be called up. But I think that this works with the usual “OK, Google” or even with a specific tap on the headphones.
Advantages and disadvantages of the combination
The pairing of Android smartphones and Apple AirPods via Bluetooth has already been mentioned positively and the use to control music playback also works. Other advantages that Bader shows in his test are these:

And here are two more disadvantages that emerge from the review:

If you want to buy AirPods for your Android smartphone, you can do so directly from Apple or Amazon. The latter is of course faster if you have never ordered anything from Apple or are otherwise connected to Apple and have an Amazon account.

Apple wireless headphones with charging cradle
You can also use the Apple AirPods with charging cradle and wireless pairing on Android. Pairing, listening to music and making phone calls is easy; the sound quality is above average.
Buy it at Amazon Price includes VAT, plus shipping costs (updated: 5.12.2021 at 08: 30 clock)

The answer to the question “Can you use Apple AirPods with Android?” Can be clearly answered with “Yes”. Siri is of course not available as a contact person, but you get wireless Bluetooth headphones with smart technology, a charging cradle for long listening times on the go and a sound that is not bad at all. The same can be said about other wireless Bluetooth headphones. So if you don't want to use the Apple AirPods on Android, but want to save money and use similar headphones, then take a look at the Review of the Syllable D9X in.